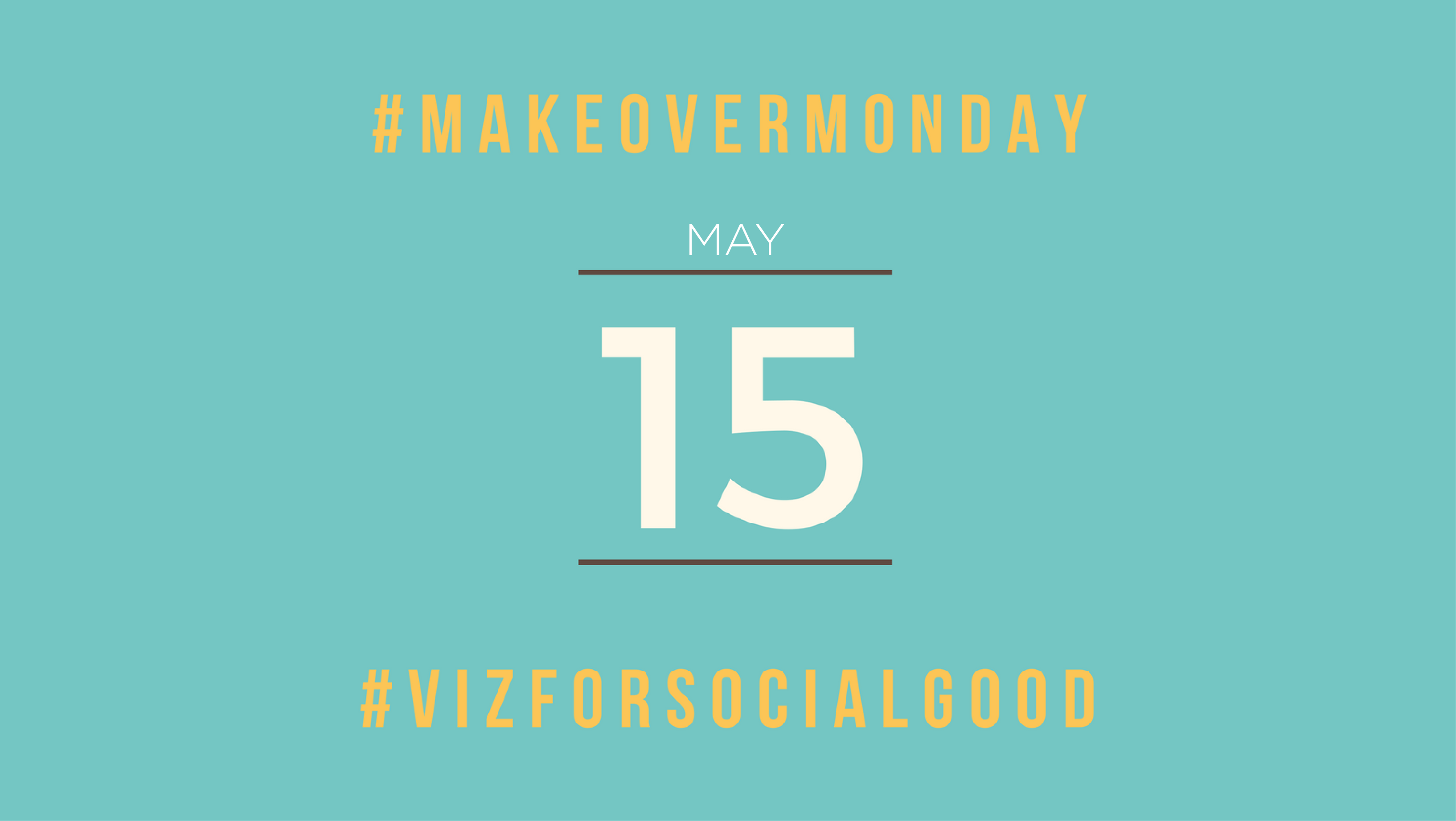 Data visualization is trending. It seems logical: in current times, where we have more and more information (and more complex), the ones who succeed are those that are able to simplify and make data easier to understand. In this blog you can find several posts supported by data: graphics, maps, tables… But we want to go a step further: in collaboration with two initiatives of international scope, #MakeoverMonday and Viz for Social Good, we present a challenge for data visualization centered on one of the major themes of Factor Trabajo: youth employment in Latin America and the Caribbean. All this with the support of our data platform, SIMS. When? This upcoming Monday May 15th. Where? Any of the two platforms mentioned above.

More than 100 million young people in the region

In Latin America and the Caribbean there are 108 million young people between 15 and 24 years of age. Of these, 56 million are part of the workforce, that is, they already have a job or are looking for one. And the reality is that their work outlook is not that positive, because they face many more difficulties (more unemployment, worse wages …) than those workers with more experience. If recent years of prosperity did not improve the employment situation of young people in the region, what can they expect now that the situation has worsened?

Those young people who do not study or work are commonly known as NEETs (ninis, in Spanish). One in five young people aged 15-24 in the region are NEETs. The percentage is even higher and reaches one in four young people in countries such as Honduras, Guatemala, El Salvador and Nicaragua. This problem is particularly acute for low-income youth. The percentage of young people increases as the economic situation in the household worsens.

There is a great opportunity for growth, if this population is linked to jobs in a productive way. It is estimated that the inclusion of NEETs in the labor force would contribute an average of 5% more per capita GDP in the region.

Unemployment affects young people more than adults (25-64 years). In fact, the percentage is three times higher: 16% compared to 5% for adults. Three Caribbean countries (Jamaica, Barbados and Bahamas) face the highest rates of youth unemployment in the region (33.5%, 28.8% and 28.3%, respectively).
On the other hand, young people tend to enter the labor market through informal jobs, that is, without access to benefits such as health insurance, pensions or vacations. According to data from 2015, of the total number of employed young people (42.5 million), only 35% (14.7 million) are in formal jobs. On the contrary, adults who are employed (203 million), 49% work in formal jobs.

Where do young people work?

Where are the young people in the labor market? Which industries employ the highest percentage of young people? The majority (29%) work in the commerce, restaurants and hospitality sector, followed by the social services sector, such as education or health (25%). 16% of employed youth work in the agricultural sector, while manufacturing and construction occupy 14% and 8%, respectively. Only 5% work in the transportation and storage sector and 3% is divided between industries related to mining, basic services (water, electricity and gas) and the financial and real estate sector. Most enter as workers or machinery operators (26%), traders and sellers (16%), other services (16%) and agricultural workers (15%). 10% enter as a professional and associates, and 12% as administrative or technical mid-level. In addition, only 1% enter as a director or senior official, another 1% is part of the armed forces and 3% in other unspecified positions.

The majority of young people (29%) work in the commerce, restaurants and hospitality sector, followed by the social services sector, such as education or health (25%).

Unemployment and informality are persistent problems in the labor market for young people in Latin America and the Caribbean. This situation is not only an economic problem: according to the United Nations Development Program and the United Nations Office on Drugs and Crime, the lack of labor market inclusion of this group is also a social problem. Inactivity and lack of economic inclusion increase the risk of problems associated with risk behaviors, such as drug addiction or violence.