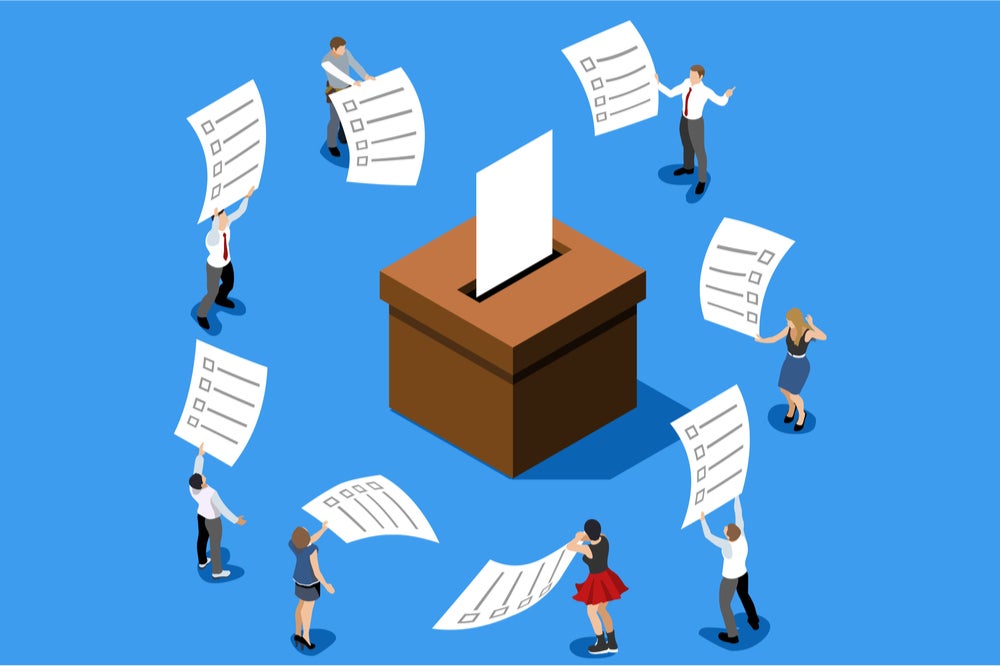 As if we couldn’t think for ourselves when it comes to pouring hot liquids down our throats, the warnings about hot tea and coffee are ubiquitous. “Caution Handle with Care I’m Hot,” says one cup. “Caution Contents Hot,” says another, with variations on the theme repeated in thousands of restaurants and cafes around the world. Businesses, it seems, don’t trust us to be careful with our health.

Why then do electoral authorities trust us to be extremely attentive and careful when choosing among dozens of candidates at election time? If we are too careless to stop from scalding our throats,  are we not even more likely to be careless when called upon to study the records, character and proposals of scores of candidates on multiple party lists?

This is a dilemma for those who design electoral systems everywhere, not least in Latin America, where legislators tend to be chosen from large districts in competitions involving multiple unstable and non-programmatic parties. Voting requires significant costs for voters, including in lost time and labor. Expecting voters not only to make those sacrifices but to carefully study huge numbers of candidates and choose between them is unrealistic, especially  given that an individual’s chance of actually determining an election is close to nil.

All this means that elections — and voter choices – need to be simplified if they are to fully serve their democratic function. In Argentina’s 2015 election, for example, voters confronted ballots with so many different positions at stake that they were 1.2 meters long, according to the Guardian newspaper, forcing voters to cut and paste the name of their candidates into a kind of collage before entering them into the ballot envelope and making it very difficult to do anything but vote along party lines. In El Salvador, where voters choose from open lists and may vote across parties, a typical voter confronts a sheet with 150 names, amongst which she must choose the best 24. Such a bewildering number of options, common in many parts of Latin America, leads to cognitive fatigue. It makes voters more likely to choose  candidates because they appear at the top or the bottom of the ballot, because their names have a ring to them, or because their pictures are physically pleasing, than because the candidates’ positions are good. Indeed, it is common in the region for candidates to campaign not on their ideas but by using catchy phrases and scandalous pictures.

We all have  cognitive limitations and one of those involves what is known as “the tyranny of choice.”  In a famous experiment, psychologists Mark Lepper and Sheena Iyengar showed that shoppers tended to buy far more jam when presented with six different varieties than when presented with 24 varieties. In short, though they may think they’d like more options, people get overwhelmed with too many possibilities and the information overload it involves, and they tend to be more decisive and confident in their decisions when the choices are few, clear and simple.

The IDB and choice

At the IDB, we’ve tried to use that principle of simply understood information to nudge people towards more socially responsible and healthy behavior. In a field experiment we conducted in the Argentine city of Junín, for example, we did the calculations for people so that they understand how much the monthly compound interest on their tax debt could cost them in the long run and ended up with a 10% increase in payments on due taxes. In another experiment, we dramatically increased the number of people signing up for a tax amnesty in the city of Santa Fe by personalizing and presenting information on different payment plans more clearly than had been done before. We’ve made it simpler for mothers to remember when to vaccinate their kids and provide them with nutritional supplements and for people to save and make better school decisions — all with behavioral interventions that overcome the cognitive limitations inherent in choice.

That simplicity must be returned to elections, with better design of electoral districts and better electoral rules, preferably with input from behavioral scientists.  It could mean, in cases such as those of El Salvador, reducing the size of districts so that one has to choose fewer  representatives. It could mean in other cases asking voters to choose a single candidate, rather than multiple ones, and seating those candidates with the most number of votes. It could mean eliminating the long paper ballots in Argentina, which tend to reduce the chances of voting anything but the party line.

Each of these decisions, of course, have implications for policy and politics. Behavioral insights, together with more traditional political science analysis, can be used to inform them and design better electoral and voting systems. We all want voting to be easier. We all want to some extent to be liberated from the tyranny of too much choice. When governments help us to do so, we can act more responsibly as democratic citizens.