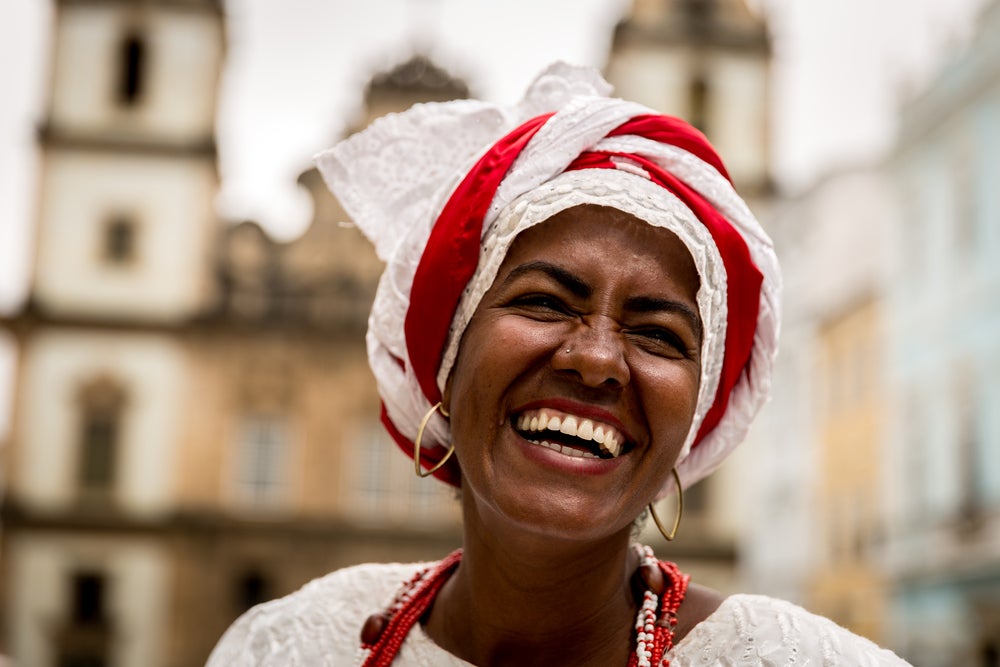 Economic performance has long been considered key to voter behavior. “It’s the economy, stupid,” said a campaign strategist for Bill Clinton, cementing a view that a government’s economic record is what voters care most about.

But too much emphasis on the economy may be missing other, no less consequential, factors. A recent study by George Ward of the Massachusetts Institute of Technology suggests that happiness (life satisfaction or subjective well-being) also plays a major role. Factors, including not only GDP per capita, but a person’s health, social support, freedom, generosity, and perceptions of government corruption, make up the elements of happiness in the annual World Happiness Report (WHR). These can help determine whether citizens show up at the polls. They also affect whether they vote for the incumbent or for an anti-establishment candidate.

This insight may help better understand electoral outcomes in Latin America and the Caribbean. Subjective well-being, or happiness, in the region has been falling steadily since 2013, according to the 2019 WHR. Of countries in the region, only Costa Rica and Mexico rank among the world’s 25 happiest countries (See Table). Latin Americans enjoy unusually strong personal ties and social networks — elements of social support essential to happiness. They also, however, perceive high levels of corruption in their countries. This means that focusing only on the economy is not the only ticket to re-election. Robust growth in GDP, low unemployment and a fair system of taxes: these things may take a politician part way to victory. But improvements in other aspects of life essential to people’s happiness can make the difference.

Consider the issue of voter turnout, often crucial to a politician’s electoral success. As I pointed out in a recent blog, voting, while essential to democracy, can be viewed as irrational from a purely individualistic point of view. There are real costs in time and money to acquiring knowledge about political issues; even to traveling to a voting site. One’s chances of changing the results of an election, meanwhile, are typically small.

But that is not the end of the story. Voting may also reflect pro-social behavior, similar to charitable giving, that people engage in for its own sake. Moreover, research shows that pro-social behavior is correlated with happiness.  According to a study, United States citizens who said in a survey they were very satisfied with their lives were 6.7 percentage points more likely to vote than those who said they were not very satisfied. Happy people, in short, are more willing to participate in the democratic process — a finding that should resonate for politicians who both want to improve their citizen’s well-being and their turnout in the interests of being re-elected.

A similar dynamic is at play when it comes to re-electing incumbents. Losing a spouse, something altogether unrelated to government performance, can reduce happiness and support for the governing party. Conversely, seemingly irrelevant events that temporarily boost happiness, like a win for one’s favorite football team, can have the opposite effect. In European elections, levels of happiness have had significant influence. National subjective well-being as reported in polls accounts for around 9% of the variation of the incumbent vote, compared to around 6.5% for economic growth, 4.4% in the unemployment rate, and 3% for the inflation rate in European elections going back to 1973.

Persistent unhappiness, however, can over time cause a shift in public opinion. It can lead voters to lose faith in established political parties, and, even in the democratic system, and make them turn to strong, authoritarian leaders that promise anti-establishment, or populist, policies. Surveys from recent European elections, among other cases, support this point.

Happiness is fundamental to human behavior. Robust economic growth achieved by socially-conscious governments can substantially improve voters’ life satisfaction and have important political consequences. But we have to look beyond narrow economic indicators to better explain political behavior. “The gross national product,” US Senator Robert Kennedy once said, “does not allow for the health of our children, the quality of their education or the joy of their play. It does not include the beauty of our poetry or the strength of our marriages, the intelligence of our public debate or the integrity of our public officials…” Elections, indeed, may depend on broad notions of voter well-being.