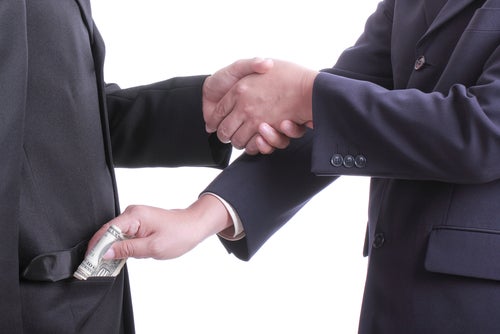 Since the first exchange of a drachma for a vote in Athens more than two-and-a-half thousand years ago, politicians have practiced the well-honed, if crude, art of vote buying. Today their inducements range from liquor, gas and cash in the United States to cash, grain, and washing machines in large parts of Africa, Asia, Latin America and the Caribbean. Yet vote buying is not pervasive everywhere. As I discuss in a recent IDB study with Marek Hanusch and Philip Keefer, the corrupt practice emerges under particular conditions and thrives in circumstances that make it particularly hard to root out.

Consider what happens during a transition to democratic rule. The dictator dies or is overthrown, the junta falls and parties form and mobilize in expectation of an upcoming election. But these parties are novices. They have no record to run on, no credibility, and, in many cases, no ideology: nothing to help the voter distinguish one from another. Still competition is fierce. Fledgling politicians are desperate to get their parties into parliament first. That gives them the perks of government in terms of spending, patronage and media attention which will make it much easier to win elections in the future. What do these ambitious politicians from faceless parties do? They buy votes, as happened in numerous transitions during the so-called Third Wave of Democratization of the 1970s to the 1990s.

Of course, vote buying doesn’t only happen during democratic transitions. It happens everywhere that political parties fail to build a brand that convinces voters that their electoral promises can be trusted. Well after military rule came to an end in Brazil in 1985, for example, vote buying remained rampant because of the abundance of weak parties unable to deliver on a political platform. Brazilian legislators during the 1987-1990 term had been members of nearly 3 political parties on average. One-third of them, according to a study of the Brazilian electoral system, had changed parties since being elected in 1986. This lack of party loyalty meant that parties had virtually no significance in terms of ideology or long-term commitments. Since Brazilians couldn’t vote for a party that might deliver on important public issues like a fairer tax regime or a better education system, many of them chose to exchange their votes for cash, food and clothing instead.

As time progresses, vote buying may become entrenched. Citizens, especially the poorest and most marginalized, can come to see the disbursement of cash before elections as the one and only thing they get from an ineffectual government. They can come to depend on it. As a result a vicious circle emerges. Those who suffer most from corruption become paradoxically those least likely to oppose it and demand reform.

Solutions are hard to come by. The 2010-2014 World Values Survey, conducted by a global network of social scientists in nearly 100 countries, found that 51.8 percent of respondents believed that voters are “bribed” often or fairly often. Moreover, even if parties are better established vote buying can still flair up when elections are close.

Yet, an experience in Brazil after the previously-mentioned episodes of massive vote buying in the 1980s and 1990s, offers a ray of hope. In 1997, a religious NGO, backed by the Conference of Brazilian Bishops, and around 60 other civil society organizations, organized to launch a popular initiative against the illegal practice. Organizers collected more than one million signatures creating reform pressure that led to the passage of a 1999 law that dramatically tightened penalties. As described in a study of the law, these included the immediate removal through administrative sanction of politicians caught offering pre-electoral gifts. With strong backing from the judiciary, prosecutions were aggressive. Between 2000-2008, some 700 politicians were removed from office and vote buying, while still common in Brazil, has been significantly reduced from previous levels.

Similar initiatives may well help curb vote buying globally. Changes in political institutions and culture, which foment the building of programmatic parties with strong traditions and ideologies and a record of delivering on promises to voters, could do even more to end the illegalities that subvert the popular will.