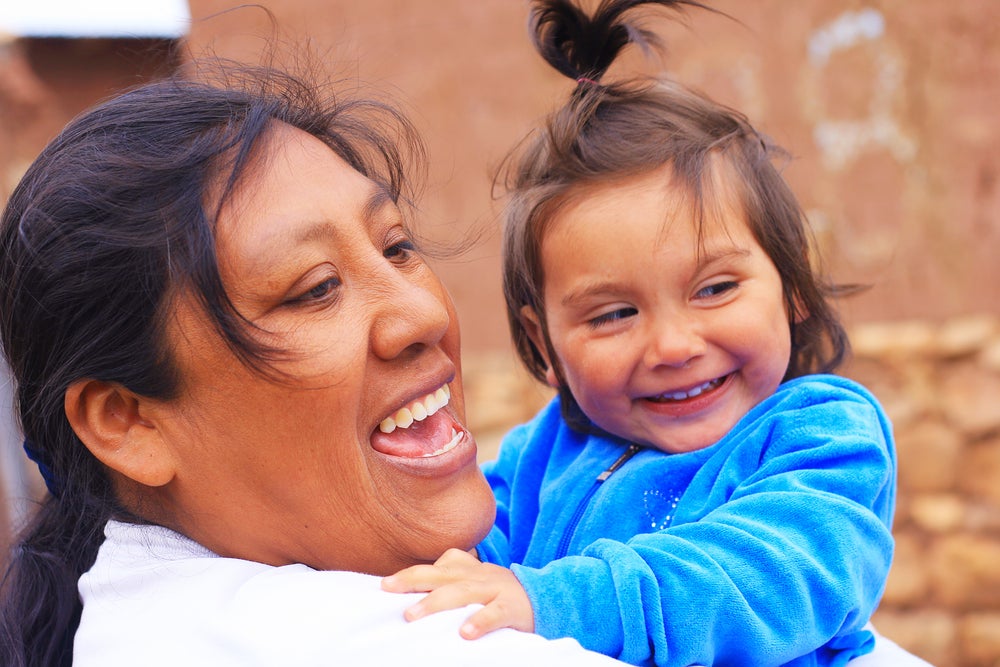 Consider two regions: one ranks high in GDP, equality, government transparency, and health care, the other one lags behind, sometimes by a wide margin. Where do you think people feel more upbeat? The answer is anything but intuitive. Many countries in Latin America knock out Western Europe and other advanced economies with their positive energy.

In a recent study, Mariano Rojas, a Mexican economist and expert on happiness, looked at responses in the Gallup World Poll to five questions related to so-called positive affect, or emotion. Analyzing how people responded to queries about how they felt the day before—whether they smiled or laughed, learned something new, were treated with respect, or experienced enjoyment—, he found that many Latin American countries were beacons of happiness. Indeed, 8 of the 10 countries with the highest levels of positive emotion in the world are in Latin America, with Paraguay, Panama and Costa Rica, occupying the first three spots.

A region of strong social connections

People in Latin America, says Rojas, are extremely interconnected. Latin Americans may suffer from stagnant GDP growth, high inequality, and soaring levels of corruption and crime. But they also are unusually bound to each other, buoyed by warm and supportive relationships with friends and family. It’s a culture, he says that blends the extended family traditions of the Spaniards and the communal traditions of the indigenous, into a mix that unites people and sparks joy.

It is most especially a region that prioritizes intimate networks. For example, the country average for the belief that families should take care of elderly people rather than leaving it up to private or public institutions is 77% in the region versus 36% in Western European countries and 52% in Anglo-Saxon countries, according to the International Social Survey Program. Family satisfaction, according to the survey, is also much higher than in Western European or Anglo-Saxon countries.

Meanwhile, a 2001 survey by the same organization found that Brazil and Chile—the only two of the region’s countries included in the survey—exceeded most Western European nations in the percentage of respondents who said they regularly visited close relatives and friends. Brazil was a world leader when it came to those intimate connections, surpassing Italy and Spain as well as the United States and Canada. 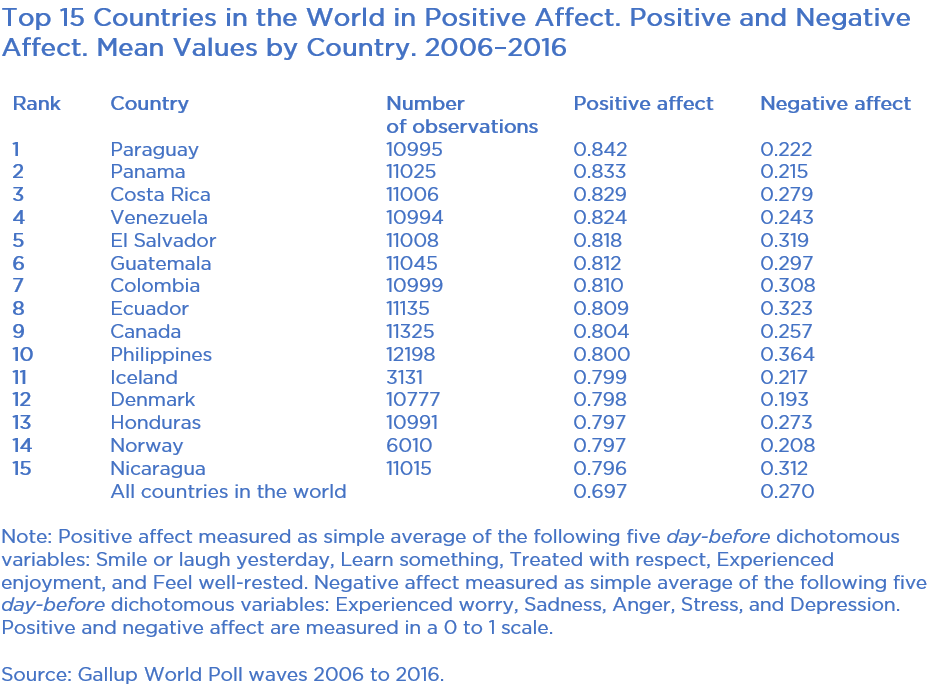 A different measure of happiness

How all this correlates with the altogether different measure of overall life satisfaction is another question. The annual World Happiness Report bases its country rankings on answers to a simple question in the Gallup World Poll. This asks respondents to rate their lives on a scale from 0 to 10, in which 0 is the worst life they can imagine and 10 the best. In the process, it creates a distinct measure: it makes happiness more an issue of evaluating one’s life overall rather than about daily emotions, like laughter and joy.

Several factors come into play. According to the United Nations Sustainable Development Solutions Network, which produces the report, these include a country’s GDP, life expectancy and levels of corruption, as well as the amount of generosity, social support, and freedom one feels.

Not surprisingly, the approach yields different results. In the 2018 World Happiness Report, the happiest countries in the world are Finland, Norway and Denmark. Costa Rica, the highest ranked Latin American country at No. 13, comes in ahead of Germany (15) and the United States (18), and the next highest ranked Latin American countries, Mexico (24) and Chile (25), sit just below France (23).

Latin America as a region still does better than what might be expected from just looking at its GDP, experts say. It just has fewer outright winners than with the other approach to happiness. Still, the results for Costa Rica, a country enjoying both the strong personal ties of Latin American culture, as well as a relatively good welfare system and low levels of violence, show just how happy a Latin American country can be. Despite lower levels of income than the advanced economies, it has strong measures of happiness by either definition of the term.

A need for more balance in development

All this has real implications for development. Latin Americans could certainly be happier if it they had lower levels of inequality, less corruption and better health and education systems. Yet there also should be balance, says Rojas.

We can educate kids for greater skills and knowledge. But we must also teach them how to relate to people and show empathy. We can strive to be more productive. But perhaps we shouldn’t, as suggested in some countries, eliminate holidays to do so, destroying valuable leisure time in the process. We may build bigger cities, but we shouldn’t contribute to the urban sprawl that severs the connections between family members in the city center and those in distant suburbs.

Happiness is a basic—some would say the most basic—human drive. And for that reason, says Rojas, “We have to be careful when designing strategies for economic growth in Latin America not to destroy the things that contribute to happiness.”