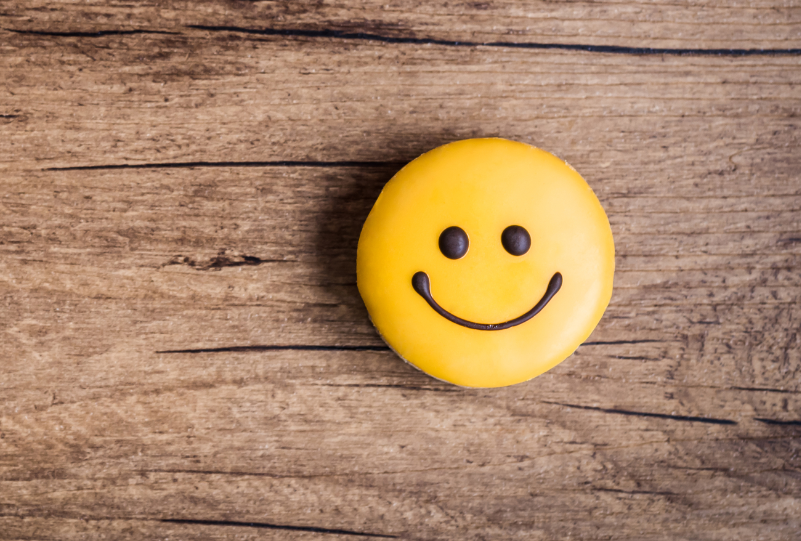 Money can’t buy happiness, or at least that’s what many Latin Americans may say. The latest World Happiness Report has shown once again that the region has higher levels of wellbeing than its GDP would predict, and some Latin American countries have a higher happiness index than developed nations from Western Europe. What is it about the region that makes its citizens happy? The answer seems to point to its social capital: intangible but invaluable assets such as friendship, family, or religion that make our lives fuller and that money could never replace.

The 2017 World Happiness Report revealed some interesting facts. Countries that experienced significant economic growth, such as the United States and China, suffered declining levels of happiness. Latin America, on the other hand, was an outlier: it obtained a score of 6.3 (on a scale from 0 to 10), 0.6 higher than predicted by the model used in the report. Also, its happiness level was above the global average of 5.3 and the highest among developing regions. Figure 1 compares countries in the region to select countries from the rest of the world.

Figure 1: GDP per capita and Happiness

The happiest country in Latin America and the Caribbean is Costa Rica, where a majority of the population has access to health care, education, and basic public services. The Central American country is also the 12th happiest in the world, surpassing developed nations such as Austria and the United States. Chile (20), Brazil (22), Argentina (24), and Mexico (25) complete the top 5 in Latin America, with higher happiness rankings than France or Spain. Haiti (145), on the other hand, is the least happy country in the region, close to the bottom of the ranking.

Latin America’s performance in the index tells us GDP alone can’t explain happiness. Bobby Kennedy intimated as much in 1968 when he said that GDP measures everything “except that which makes life worthwhile” (see full quote in box below). Years later this idea would take shape as Happiness Economics, which emphasizes the qualitative, not just the quantitative, aspect of economic growth.

Figure 2: Happiness in Latin America and the Caribbean

Income is indeed a component of happiness. But whether people are satisfied with their pay checks and material possessions depends on how those compare to what others make and to what they are used to making. Would you be just as excited about your new car if you found out your neighbor just bought a nicer one? And these days, comparisons people make on social networks such as Facebook certainly don’t help increase the levels of happiness.

The effect of income on happiness is greatest in the poorest countries, where people can’t meet their basic needs. After a certain income threshold, more money does not guarantee more happiness. As argued in a seminal book, this may help explain why happiness in Western countries varies little over time despite rising GDP.

If money isn’t everything, what else makes Latin Americans happy? An IDB book on quality of life in Latin America and the Caribbean delved into the cultural aspects and the social capital that help explain the region’s levels of happiness.

To begin with, the region’s cultures value happiness and personal satisfaction more than other cultures, such those of East Asia. For many Latin Americans, friendship, religion, or family relationships can be more important than standard of living, education, health, work, or housing.

Social networks are strong in the region. Friendship is one of the greatest things in life and, for a Latin American, its average “value” is nearly seven times his or her income. Other social interactions such as those with family members or the rest of the community are also a pillar of Latin Americans’ lives. Having someone to count on has a big impact on happiness, and the quality of the community is key to feeling safe. Religion can also be a source of wellbeing, as it can provide purpose and meaning to people’s lives. Emotional support and social connections are also very important for physical and mental health.

This emphasis on social life can also help achieve a better work-life balance, which is a particularly strong predictor of people’s wellbeing. Having a job is key to happiness all over the world. And despite Latin America’s struggles with low-productivity jobs, informal employment, and work instability, these apparently negative realities stand in stark contrast to the opinions of workers, says the IDB book on quality of life. Most people in the region are happy with their jobs, and there are more salaried employees who would prefer to work for themselves than informal workers who dream of becoming employees. People who are happy with their jobs value flexibility, autonomy, respect, and opportunities for personal growth.

A surprising contrast is also found in education. Despite the region’s poor performance in international tests, most Latin Americans say they’re satisfied with the schools their children attend.

For the 80% of the population of Latin America and the Caribbean who live in cities, certain issues have a big impact on their quality of life: insecurity, transportation, quality of public spaces, access to recreational activities, and housing prices. An IDB book and a study by IDB researchers assessed a method to identify and rank the issues that are potentially important to urban quality of life in the region, looking into features such as housing, neighborhood amenities, and urban public goods.

Should governments use happiness indicators to inform their policy-making decisions? People’s perceptions of their quality of life —and how those perceptions influence their decisions— are important because they can provide information on whether the government’s policy goals are in line with people’s priorities. They can have positive effects on different areas from health and longevity to productivity. They can inform public policies to foster employment and high quality jobs, while providing a safety net to counter the damaging effects of unemployment.

For example, a recent book suggests that if governments want to improve the wellbeing of the population, one of the policies with the greatest chance of success would be to reduce the number of hours worked, as research has shown that the hours spent at work are unhappier than the hours shared with family and friends or other social activities. And that’s a lesson Latin Americans already know.