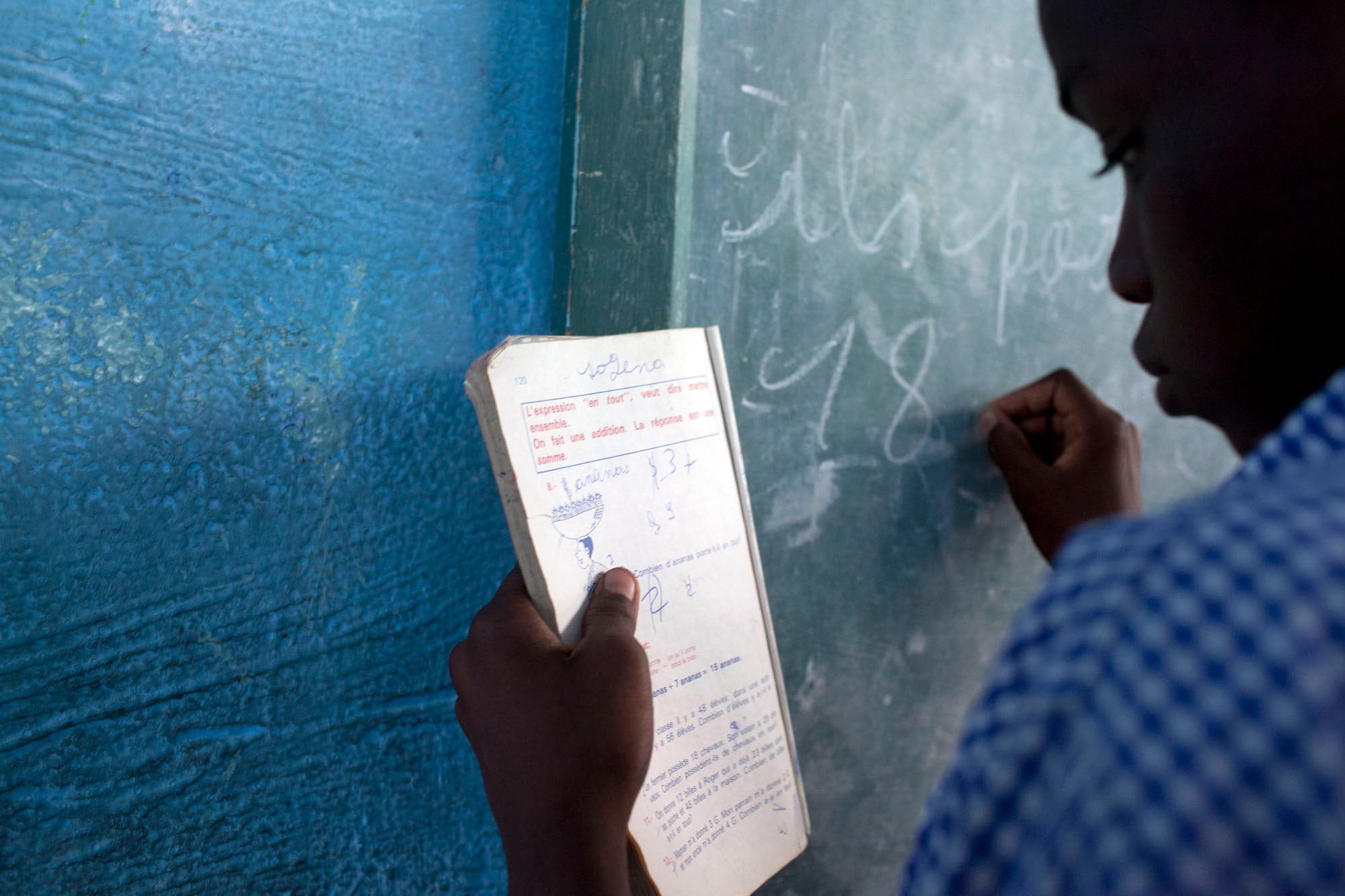 Since the 2010 earthquake in Haiti, the teachers and students from Externat la Providence School, in Port-au-Prince, have attended class in temporary facilities. Finally, we can say that those days are starting to be left behind thanks to the milestone we have reached of rebuilding this first school with anti-seismic design.

The day of the school inauguration, students, parents, teachers and the authorities from the Ministry of Education and Professional Training, joined at the new school to celebrate. One of the parents, during her thank you speech, underlined that “It is important to have quality infrastructure in order to achieve a quality education in Haiti.”

Since the earthquake, the IDB committed 250 million USD to the goal of rebuilding Haiti’s education system, with a main focus on increasing access to education, improving the quality of education and strengthening governance of the education system in Haiti. Nearly 85 million USD have been devoted exclusively to the goal of increasing access to education through improved infrastructure of public schools as well as support to a tuition fee waivers program, which finances students who attend private schools. Significant progress has been made in expanding access to education in Haiti. Primary net enrollment has increased in recent years, from about 50-60% in the early 2000’s to 70-80% in 2012. 90% of children of official primary school age (6-11 years) are now enrolled in school. 100 rebuilt schools will additionally provide quality learning environments for about 80,000 preschool and basic education Haitian students in grades 1 to 9, including two early childhood development (ECD) classrooms per school in most facilities. The schools will amongst other also include a canteen, a library as well as a computer room.

In Haiti, although 85% of schools are private, their physical conditions tend to be very poor: 31% of them are based in churches, 16% in houses and 9% under temporary canopies, with no walls. These structures are generally composed of poor quality materials; classrooms often lack windows and are very dark, and outside there are no open spaces for children to play. The vast majority of schools (77%) work without electricity, particularly in the rural areas (91%), while less than half (45%) have running water and only a few of them (3%) have a library. Furthermore, the conditions of the public schools are also discouraging. After the earthquake, nearly 4,500 schools were destroyed or damaged. This extensive harm highlighted the overall poor quality of the buildings, which was a consequence of poor design, poor construction and lack of compliance with anti-seismic design standards.

To address these challenges, the Haitian government developed a comprehensive and ambitious plan for a sustained investment in Haiti’s education system with an important focus on school reconstruction complying the mentioned standards.

Donors that have provided co-financing to this plan include the governments of Canada, Finland, USA, Trinidad and Tobago, FCB, Barefoot Foundation and the Happy Hearts Fund. In fact, the funding provided by the Happy Hearts Fund provides targeted support to reconstruct 5 schools located in the Ouest and Sud-Est Departments, which were the most affected by the 2010 earthquake, including the Externat la Providence School.

For more information about the IDB loan, please click here: ‘Reconfiguration of the Education Sector.’