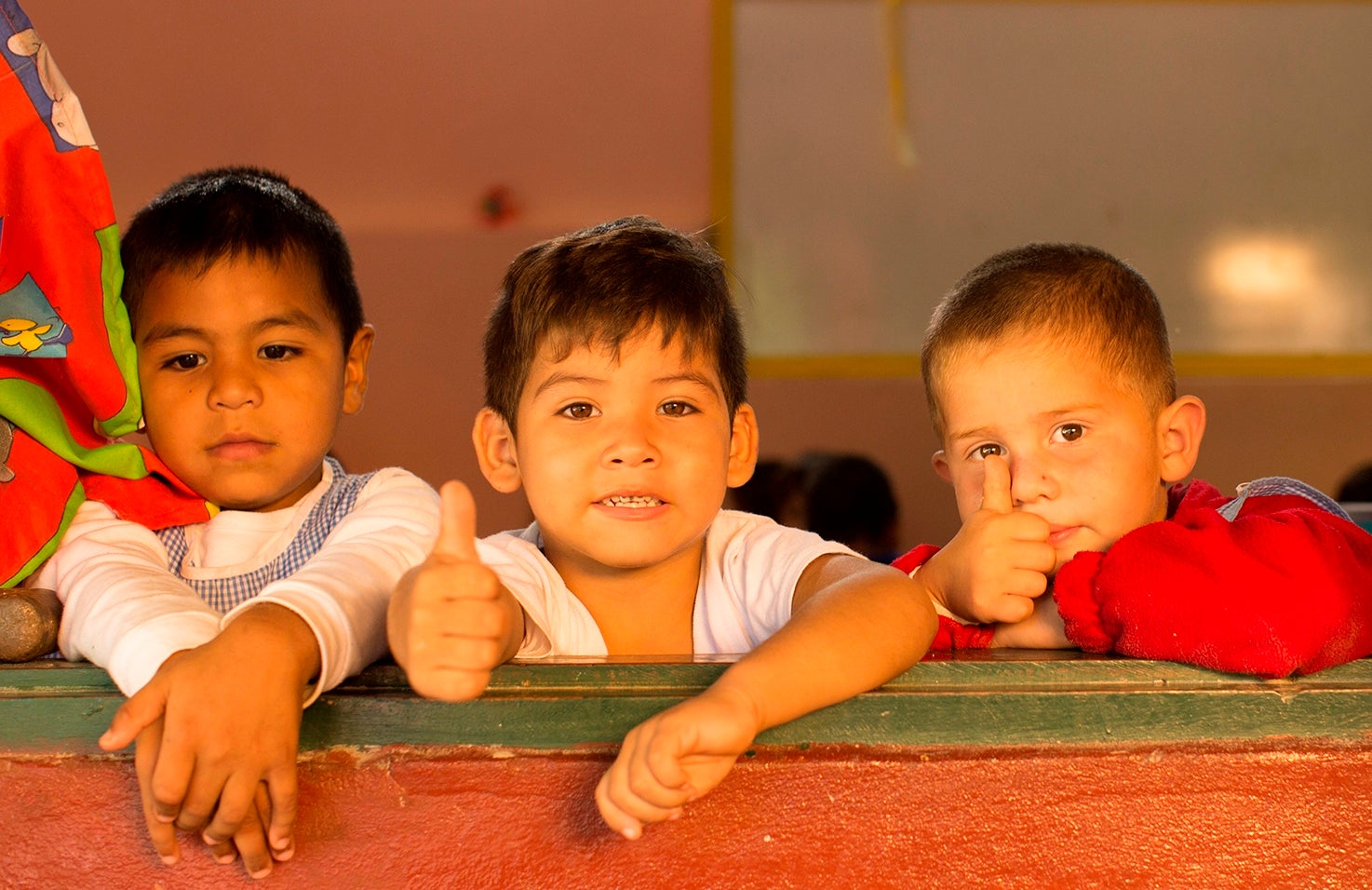 Is daycare a bad investment for Latin America? Last May at the IDB we had a great opportunity to discuss this central policy question for the region at the launching of the Book Cashing in on education. This question was also the title of the blog posted after the event by Justin Sandefur, one of the panelists, where two main policy alternatives were discussed: childcare centers and home visits.

The bottom line was whether one type of program is more cost-effective than the other, which will eventually lead to the conclusion than one investment is better than the other. We could end the debate at the “Not-so-tidy conclusion” line, as Justin proposed in his comments. However, I would like to take this opportunity to bring the debate further. But for that, I would like to start where Justin left it.

It is difficult to compare between policies when existing evidence for Latin America is still limited, particularly for childcare programs. There are 9 rigorous studies of the effects of home visits programs on cognitive skills but only 3 rigorous studies for childcare programs (see Figure 6.4, The Early Years). Recent evidence from Brazil shows very positive results in favor of childcare and labor market returns for adults in the household I agree that more evidence is needed. However, I would argue that not any kind of evidence will do the job.

Let’s begin with the basic assumption that we want to make effective investments but we also want to be as efficient as possible with the use of resources. In that logic, economic analysis could be useful to decide which policies are more cost-effective. But, can we really compare cost benefit ratios of the programs we have? And more importantly, can we reduce policy deliberation at the cost-benefit discussion? I will argue that the cost benefit comparisons are limited for several reasons.

Let’s take the arguments one by one, through the following questions:

Are programs comparable in terms of scope (can they get us to the same endpoint)?

If your target population is low income children, home visiting programs and centers might get you to different stations. Parenting programs have positive cognitive outcomes but will not close the learning gap between rich and poor. With visiting programs you can change the quality of the interactions between a child and his mother or father. But unfortunately, you cannot get this mother a university degree or change the family resource environment.

As evidence shows, the family environment is going to make a huge difference in terms of the stimulation and opportunities the two kids will get. Here is where intensive, high quality center-based programs can make a big difference as recent evidence shows: “early investments in the skills of disadvantaged children that are followed by sustained educational investments over time can effectively break the cycle of poverty.”

Are programs comparable in terms of scale and quality?

Existing evidence from Cambodia and Mexico suggests that lack of positive results in existing evaluations might be related to deficiencies in implementing scaled-up interventions and low take up rates.

It is difficult to maintain quality while expanding coverage, which brings up the question of external validity of pilot programs. As a matter of fact, the authors of The Early Years recognize that cost/benefit ratios for child care programs do not pass the sensibility analysis test, while results for the home visiting programs tend to be consistent. Average cost/benefit ratios experience large variations depending on which programs are included. The home visiting programs examined tend to be applied at a low scale, childcare programs tend to serve much larger populations which increases the risks of large variations in quality across centers.

Are we comparing effects on the same population?

The same studies for Cambodia and Mexico also indicate that lack of positive results can be connected with low take up rates of low income population. Investments are not necessarily benefiting more the poorest. Even when they are targeted at the poorest, take up levels tend to bias use of early childhood services towards higher income households. By reducing inequalities in use of early childhood services, we could also see more favorable cost/benefit ratios, as we should expect the effects of programs to be greater for these kids.

Are we considering all the benefits we should?

When more than one social outcome is affected by a policy, we cannot just remain solely with learning outcomes and related assumptions about their long-term economic value in the labor market.

High-quality childcare programs in the US have shown extremely high return rates. A recent study estimates the long-term effects of high quality childcare on health, quality of life, participation in crime, labor income, IQ, schooling and increased parental labor income. The overall rate of return of the program was 13.7% per year, and the benefit/cost ratio 7.3: every dollar invested in the program returned benefits of more than $7. Authors emphasize “many studies of early childhood programs report few outcomes for early ages after program completion, e.g. IQ scores, school readiness measures. Yet, it is the long-term returns that are relevant for policy analysis.”

What is even more interesting in the study is that the payoffs are higher for boys. This seems to be related to the fact that females are in general less likely to work than males; and that males are much more likely to commit crimes than females. This means that by increasing FLFP we could also increase the returns of ECD programs, which is particularly relevant in the Latin American and Caribbean context with high rates of violence, high adolescent pregnancy and low FLFP rates.

Recent evidence from a large scale study in Brazil evidences the long lasting and expansive impact of attendance to public daycare. Even several years after having attended the centers, effects range from increased investments in children, improvements in their height and weight, and higher income of parents and grandparents.

With all this reasoning, I wanted to question the type of information that we consider in cost/benefit equations to decide which programs are best, and I also question the way we measure what bad and good investments are. I would argue that the current approach might lead us to make false economies. But this is something to be discussed in round 2… stay tuned!