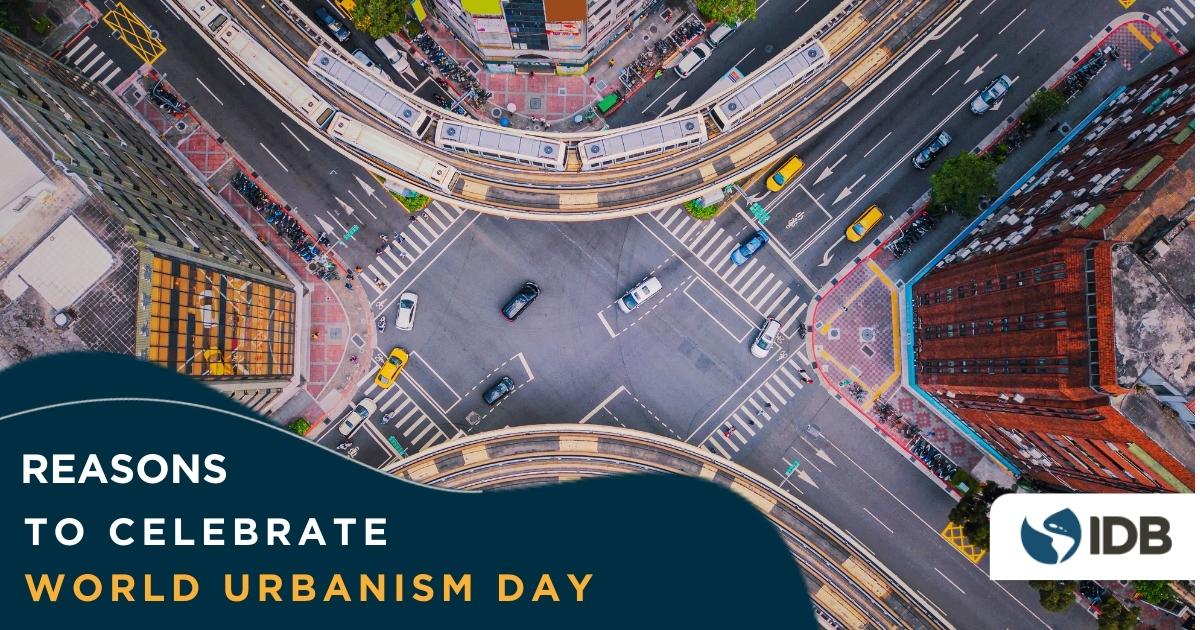 Although it is not one of the most popular events at the international level, World Urbanism Day (also known as World Town Planning Day) has great significance. Every November 8, the United Nations commemorates this day thanks to the initiative of the then Professor Carlos Maria Della Paolera, from the University of Buenos Aires, in 1949. This event became the starting point to raise awareness among public decision-makers about the relevance of urban planning to improve the quality of life in cities.

Even then, the need to regenerate deteriorated areas, decongest highly populated zones, build parks and recreational facilities, and decontaminate the air and water was already gaining importance. It is undeniable that cities continue to be powerful magnets attracting all kinds of human activities, and as our planet began to urbanize, urbanism became more critical. In today’s blog post, I invite you to take a brief look at the exciting history of urbanism against a backdrop of global challenges that affect everyone on the planet to varying degrees.

Two thousand years are nothing: a 100% human journey

Urbanism comes from the Latin urbs, which means “city,” referring to par excellence in the Roman world’s capital, Rome. The concept has different meanings, but perhaps one of the most straightforward and forceful is “the study of the interaction of people with the urban environment.” In other words, it refers to how humans organize themselves spatially in cities. It is about the relationship between the built environment and its impact on its inhabitants. From a historical perspective, the objective of cities has been to accommodate diverse socioeconomic activities and maximize their efficiency. As a result, urban planning has undergone various transformations, reflected in the evolution of architecture and the characteristics that cities have acquired over time.

One of the first examples is the Baroque Urbanism of 17th-century Europe, which emphasized the breaking down of medieval walls, symmetry, and geometry with radial layouts and large squares, temples, and palaces. Another critical period was the Industrial Revolution of the late 18th century, characterized by an accelerated increase in population density as people flocked to the cities in search of work, mainly in factories. To accommodate this large influx of people, cities began to sprawl haphazardly into their surroundings, creating severe overcrowding and amplifying other problems, such as extreme inequality, unhealthy populations, and organized crime.

In response to these challenges, Urban Planning emerged at the end of the 19th century to improve city life conditions by introducing zoning regulations, i.e., designating city areas for certain uses and specific functions. Planners also began to identify exclusive spaces for environmental conservation and decree local ordinances for heritage protection to prevent the destruction of the built historical heritage.

As understanding of human behavior and needs increased, so did urban planning. That is to say, its conception expanded as more systematized knowledge was attained about the functioning of cities. From being synonymous only with urban planning, urbanism began to address new issues. As a result, its focus shifted to understanding the causes and effects of cities’ size, density, and heterogeneity on collective life, encompassing a range of multidisciplinary issues, from territorial equity to environmental sustainability.

In recent decades there has been a renewed interest in traditional urbanism principles based on mixed-use development, walkable, well-connected neighborhoods, and built with a human scale. This movement is known as New Urbanism, which impacts how cities are planned today. New Urbanism emphasizes the need to foster, through qualitative and tactical-experimental urban redesign, vibrant, socially integrated communities with healthy lifestyles without ignoring the lessons of COVID-19. To achieve these objectives, its advocates encourage the construction of walkable neighborhoods with vigorous centers and a mix of housing, stores, and workplaces, characterized by environmentally friendly public transportation, population diversity, and green infrastructure.

Even more recently, Landscape Urbanism is gaining momentum. This approach embodies the principles of New Urbanism but incorporates nature into the city’s fabric. It aims to create a more livable and sustainable environment, using green infrastructure to manage rainwater, improve air quality and create cooler microclimates to combat global warming.

Beyond the promising advances in urban planning, cities face enormous challenges, especially in Latin America and the Caribbean. These are some of the significant issues that directly impact the well-being of urban residents:

In the face of these challenges and the efforts that will result in the creation of more sustainable, resilient, and inclusive global cities, it is worth commemorating and reflecting today more than ever on this anniversary, born from the brilliant idea of Professor Della Paolera. Happy World Town Planning Day!