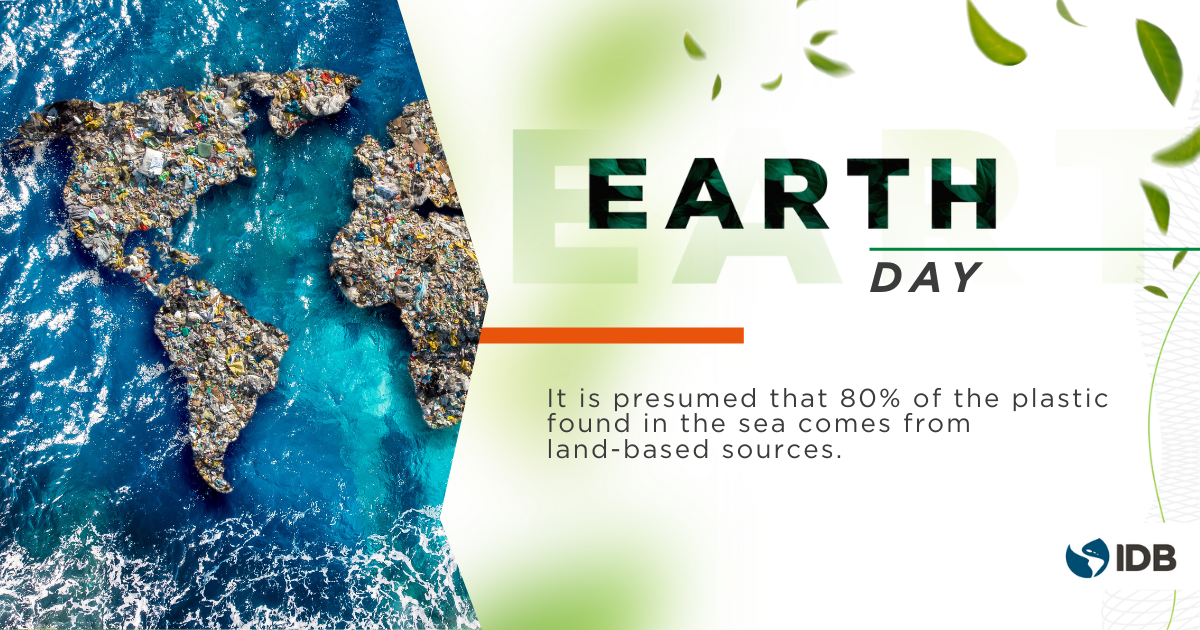 For another year, we will commemorate Earth Day on April 22. The national and international media will be busy publishing thousands of articles to remind us that this planet is our home. The main message will be: “If we don’t take action soon, life as we know it will disappear.”

For many, this is an exaggeration. For others, it becomes a feeling of profound sadness since we must postpone important decisions because of a hurricane of crisis aggravated by COVID-19. However, if we persist in rethinking our behavior, be aware of the consequences, and take real action, perhaps we can reverse what the scientific community has warned us for decades. I hope this blog be a small contribution to this cause.

Modernity made of plastic

Plastics are an essential part of modern life, even if they are harmful to our planet. Since their massive introduction in the middle of the last century, their production and use have steadily increased. However, disposal and elimination processes are not keeping pace to counteract their severe environmental impact. It is estimated that in the last 20 years, more than half of the world’s plastics have been produced. Moreover, their waste at sea could triple by 2040. One of the main difficulties is that less than 10% are recyclable, and more than 40% are used only once. As a result, we find them everywhere, especially in five large ocean patches generated by eddies or gyres of ocean currents.

Did you know that there is a huge island of floating plastics called the great garbage patch of the Pacific Ocean? Some researchers estimate that it could cover an area between 400,000 km2 (the size of Paraguay) and 2,000,000 km2 (almost as big as Mexico). Others speculate that it could even be larger than Brazil, something unimaginable. Although it is difficult to establish its exact dimensions since it does not have a firm surface with defined limits, this vast “plastic soup” is a consequence of the pollution produced by the petrochemical industry and urban waste that ends up in the ocean. When decomposed by the action of the sun and the sea, the plastic begins to disintegrate into particles, or micro and nano plastics, which enter the food chain when mistaken for food by the smallest marine species, contaminating what we eat and endangering all living beings.

How did this great patch form in the ocean?

A group of scientists studying ocean currents in Alaska in the late 1980s observed various concentrations of plastic trash along with other debris, particularly around abandoned nets and floating fishing gear. One of the first witnesses was Captain Charles Moore, who, on his return from a regatta in 1997, encountered an immense area of discarded plastics so large that it took him a week to navigate it.

This supposedly “island of synthetic garbage” was formed by the effects of surface currents of the Pacific which, by moving clockwise, creates an eddy or vortex, with a zone of calm water in its center. It is presumed that 80% of the plastic we find in the sea comes from land-based sources, such as beaches, river mouths, sidewalks, and city dumps through the sewage system. Since most plastic has a lower density than water (i.e., it can float long distances), it accumulates in an area in the middle of the northern ocean vortex called the convergence zone.

And the pollution continues increasing…

Although reports on the impact of plastics in the oceans are evolving, we know with certainty what drives its exponential increase: global population growth, the accelerated urbanization process without proper waste management, and the massive production of low-quality plastics. Their production, per capita use, and widespread pollution are growing worldwide, especially in medium-income developing countries, including our region, due to inefficient solid waste management systems, especially in urban areas. In addition, cheap plastic has little economic value, making it impractical to recycle. The existing excess is discarded in the sea, generating a pernicious industrial production model.

According to studies conducted by the Pew Charitable Trusts, it is estimated that nearly 13 million metric tons of plastic enter the ocean each year, threatening marine life and polluting coastal areas. This is equivalent to one garbage truck dumping waste into the sea per minute. In addition to this serious situation, there are currently 2 billion people, or 25% of the world’s population, without access to adequate garbage collection systems, a figure that will double by 2040.

We are at a point of no return

The plastic pollution problem is very complex and has no single solution, as it is intimately intertwined with many of the environmental challenges we face today. Although there are commendable initiatives, both public and private, the success of this monumental effort will have to be joint and, fundamentally, creative.

As David Attenborough compellingly stated at COP26: “a new industrial revolution underpinned by millions of sustainable innovations is essential to save our planet.” In these circumstances, the petrochemical industry will have to reinvent itself. In addition, it will be necessary to make better use of waste materials through the circular economy in cities, especially in Latin America and the Caribbean, together with regular awareness-raising activities to avoid the “throwaway living.”

Although there are still many skeptics, we face a point of no return. If we do not act now, there is no doubt that our seas will become oceans of tears.