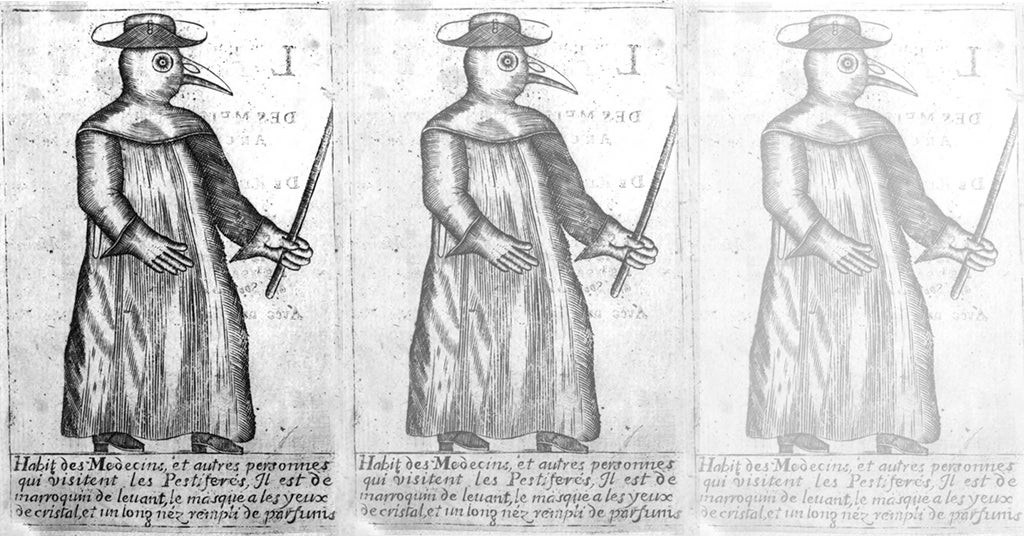 It may seem nonsensical to reflect calmly when COVID-19 is winning a race that will redefine our future. We are surprised by its arrival, despite the continuous warnings from the World Health Organization (WHO) about influenza and its possible mutations. In the past, pandemics have confronted us with sneaky enemies who, at the cost of substantial human losses and severe socio-economic disruptions, have forced humanity to evolve, albeit imperfectly. We used to think of them as tragic events from ancient times or calamities confined only to the poorest countries. We were wrong. Today there are thousands of identified human pathogens capable of causing dangerous infectious diseases. Hundreds of unknown animal diseases could also cross the species barrier by zoonotic transmission.

Pandemic comes from the Greek pan, which means all, and demos, people. In general, they emerged as a new strain or subtype of a virus that was transmitted between humans or by other microorganisms that became resistant to treatment with antibiotics. Pandemics spread over a wide geographical area without distinguishing between borders or territories, with relatively short infectious peaks, but high mortality rates. They differ from epidemics as a result of their broader scope, although delimiting them is not simple. An epidemic, such as Ebola, whose virus affected Liberia and other West African countries (2014-2016), would have become a pandemic but for a significant international effort to contain it. The truth is that pandemics have always battered humanity, and COVID-19 will not be the last one.

One of the first recorded pandemics was the Justinian Plague (541-542), a reference to the Emperor of the Eastern Roman or Byzantine Empire, which affected the city of Constantinople (Istanbul) and spread throughout Europe, Asia, and Africa, wiping out between 25 and 50 million people. Its successor, the Black or Bubonic Plague, caused the death of about 60% of the European population in the 14th century. With the discovery of America (1492), Europeans brought deadly viruses and bacteria such as smallpox, measles, typhoid, and cholera, to which the native peoples had no immunity. Upon their return, the sailors brought syphilis to Europe or, according to new studies, accelerated its spread. The inaccurately named Spanish flu (1918-1920), because it started in the U.S., decimated between 50 and 75 million souls. It is considered the worst virus of all since it claimed more victims than the First World War (1914-1918).

Other important ones were: the seven versions of cholera (1816-1975), the Asian flu (1956-1958), the Hong Kong flu (1968-1969), and HIV/AIDS and HIV/AIDS (1980-present). The most recent, although much less lethal, included: the swine flu (2009-2010), a relative of the Spanish flu, which infected more than 20% of the world’s population and caused approximately 200,000 deaths; SARS, which appeared in China, spread to 24 countries and killed 774 people (2002-2004) and MERS, a virus reported in Saudi Arabia in 2012, which caused more than 850 deaths. The latter two relate to COVID-19. While each pandemic spread in different contexts and their containment correlated to the use of limited available resources, they all share similarities that echo forgotten patterns. Here, I will share some of them.

Pandemics occur when transmission chains operate over long distances and cover very remote populations. The Black Death (1347-1352) entered Europe through southwest Russia and Crimea, spreading to towns and cities along well-established trade and communication routes both by land and sea. Today, with the increasing mobility of people and goods, international transport and travel, and interaction among cities, the global transmission of infectious diseases is inevitable. At first, pandemics share a powerful denominator: “uncertainty,” which generates complex processes of misinformation and, potentially, scapegoating fed by conspiracy theories.

The WHO has renamed this phenomenon as “infodemics” which means the accelerated spread of information of all kinds, including rumors, gossip, and lack of reliable data through the widespread use of communication technologies. Unfortunately, over time “infodemics” can turn into panic, resentment, violence, or collective resignation, impacting the effectiveness of measures to combat the contagion as well as the maintenance of essential activities and social order. Moreover, they constitute a direct challenge to community cohesion and solidarity. Therefore, as important as a concerted international effort (not only national) to defeat a pandemic is the proper use and adoption of a variety of channels of information at the local level to save lives in its most critical phases.

The search for culprits and retaliation

For centuries, societies believed that an angry deity sent diseases as punishment for disobedience and sin. To appease the divine wrath, communities often sought out culprits and expelled suspected sinners, whether they were religious dissidents, foreigners, alleged “witches” or beggars, among others. One of the most notorious historical examples of scapegoating emerged during the Black Death, through the massacre of Jewish communities in Western Europe. Another horrific version occurred when the Mongols catapulted bubonic plague-infected corpses during the siege of the Genoese fortress in the city of Caffa (Feodosia) in 1345, which was known as the first case of biological warfare in history.

Another historical instance occurred with the advent of syphilis, whose origin dates back to another siege: when the French troops surrounded the city of Naples (1495). The stigma of this sexually transmitted viral disease caused each affected country to blame “the others” for its suffering. Thus, Italians, Spaniards, and Germans called it the “French disease.” The French called it the “Neapolitan disease.” For their part, the Danish, the Portuguese, and the inhabitants of North Africa called it the “Spanish-Castilian disease,” and the Turks, the “Christian disease.”. These allegations reflected the anxieties and frustrations projected by a social group or country on alleged external culprits. There is an intense debate today about the need to remove the name or make allusions to a disease because of its apparent origin, as it can lead to accusatory, even xenophobic connotations.

The dichotomy between isolation and socioeconomic deterioration

The principle of separating the contagious from the rest of the population has roots in ancient religious scriptures. For a long time, people thought that leprosy was a hereditary infectious disease, a curse, or divine punishment. Because it was considered “unclean,” leprosaria and even colonies for those affected were built on the outskirts of cities, confining their patients until recently to a life of total seclusion. During the great plagues, inside city walls, the infected sick were isolated in asylums or locked up in their houses with guards at the door. Special powers were delegated to the military in order to isolate the population to restrict the movement of disease-carrying people and goods, undermining their few remaining civil liberties. Extreme isolation was the precursor to quarantines. Venice established the first regulated system of quarantines or “Quaranta Giorni,” giving a council of three people the supreme power to detain ships, cargoes, and individuals for up to 40 days (1348).

For centuries, these and other practices of “flattening the curve,” such as lockdowns, cordons sanitaires, closure of public places, social distancing, etc., have been the first official strategies to respond to unknown infectious outbreaks. However, they were not always efficient due to the social anxiety and economic damage that was inflicted. Their implementation and cessation require reliable epidemiological information to balance the need to protect the population and address other pressing priorities, something that is still very difficult to determine. Otherwise, a hasty lifting of containment measures can have devastating consequences, as happened with the second wave of infections during the Spanish flu. Selective relaxing initiatives could be a solution, provided that monitoring and rapid response mechanisms are in place in case of prospective outbreaks.

The persistence of vulnerability

Pandemics are companions of development. From ancient empires to today’s global economy, interconnected commercial networks and crowded cities have created more prosperous yet vulnerable societies. The effects of COVID-19 will be very different from those of the Black Death or the Spanish flu, as these diseases primarily impacted poorer populations with less available knowledge and resources [11]. Although a pandemic makes a mockery of the wealth, ethnicity, and intelligence of individuals, it generally affects those who are most disadvantaged, not only in terms of fatalities but also because of the collateral damages (economic, psychological, and social) that persist once the crisis is over. In a world with alarming inequalities among and within countries, vast sectors will be at its mercy because they do not possess the minimum quality of life conditions and social protection, nor the socio-economic capital necessary to face the overwhelming challenges that lie ahead.

It will be our collective responsibility to minimize this scourge and build a more collaborative, equitable, and resilient international community. COVID-19 is a wake-up call to humanity to evolve and understand that, as historian Frank Snowden put it: “Far from being the exclusive preserve of ‘backward’ societies, deadly disease outbreaks are, if anything, a negative by-product of human progress. By altering ecosystems and erasing natural frontiers, humans have continuously exposed themselves to germs, viruses, and bacteria that evolve to exploit their vulnerabilities.” The coronavirus is no longer a sneaky enemy. Will we be able to defeat it and prepare for others that await us patiently in silence?

* This blog is also available in Portuguese.