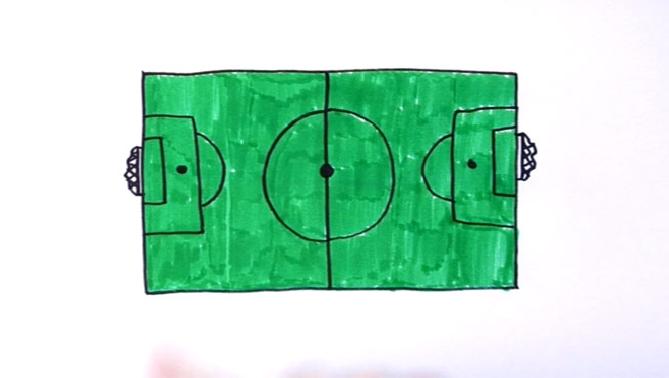 On June 15th, 2014, Ecuador will participate in the World Cup for the third time in the country’s history, measuring itself against the best soccer teams on the planet. One year later, Ecuador will measure, for the first time, the knowledge and skills of its 15 year olds in reading, math, and science through the Programme for International Student Assessment (PISA). How are these two events related?

One answer could be that in both, in the World Cup in Brazil and in PISA, comparable capacities could contribute to a good performance. For example, the need to quickly read one’s surrounding to make game-deciding passes and the necessity to quickly understand a text to be able to answer reading comprehension questions; the efficient processing of one’s environment to score goals and the systematic solving of mathematic equations; and the capacity to adapt ones’ skills in a changing context to dribble around opponents and the ability to apply scientific knowledge to a case to solve practical problems. Similarly, in both the game and in the test, the fact of being “hard-headed” or “daydreaming,” for example, could reduce the chances of success.

Another answer could be that the two occasions are international events likely to generate a very passionate national debate. The excitement and the national pride that arose from the classification of “la Tri” of Ecuador for the World Cup 2014 was primarily the result of the great pleasure that previous participations had left behind, including the most recent one in Germany in 2006, even though Ecuador was eliminated by England through a goal of  the overpowering Beckham. As the month of June approaches, the civil society and the Ecuadorian media will pay more and more attention to this year’s World Cup – a third instance for Ecuador and a first for its continent.

Do you think that the participation of Ecuador in PISA 2015 could generate as much debate? Maybe not to that much extent, but in some way, it should happen. Just looking at how impatiently and solemnly all countries that participated in PISA awaited their results this past December 3rd, it becomes apparent how much influence PISA has on the public debate and definition of educational policies in the eight countries of the region or in the OECD (The Organisation for Economic Co-operation and Development) countries.

For example, the day after the publication of the results, the spokesperson of the French government commented on the words of President François Hollande during a meeting of the government: “We take these results very seriously; they show that the average level of the students is no longer improving and the inequalities among them are increasing”. At the same time, U.S. Secretary of Education Arne Duncan, interpreted the results of PISA 2012 as “the illustration of a stagnation in education” and he stated that the United States “needs to intervene in preschool education, increase the academic standards, make secondary school accessible to all, and do more to attract and retain outstanding teachers.” In Chile, the Latin American country with the best performance, the Minister of Education Carolina Schmidt, argued that, “Chile shows a consistent increase in its performance in all subjects, but we are not satisfied with these results.” By simply googling “PISA 2012” and the name of a participating country, one becomes aware of all the policy discussions that this study generates in many countries.

Now, to achieve all this excitement and to promote debates grounded in more and better information about the nation’s level, a country has to participate. As Pierre de Coubertin (1863-1937), a strong advocate for physical activity in schools at the end of the 19th century, considered the father of the modern day Olympic Games, once said: “The most important thing in the Olympic Games is not winning but taking part; the essential thing in life is not conquering but fighting well.” I would add that participating is important because it allows measuring oneself in an objective way, to learn from experiences, and to improve to come back with even greater ambitions. Therefore, in Brazil and in PISA, Ecuador needs to compete with the same enthusiasm in order to have enriching experiences that allow the Ecuadorian people to grow together. Ecuador, you can do it!

And, to encourage other Latin American countries to participate in PISA 2015 along with Ecuador, we propose to observe the almost perfect correlation (although absolutely fictitious) between the participation of South American countries in the World Cup in Brazil and their participation in PISA (all participating countries, except Peru, form part of both events). In the next blog, we will try to find answers to the following questions: How will Ecuador perform in Brazil? How will Ecuador perform in PISA?

For now, to see how the region performed in PISA 2012, click here.