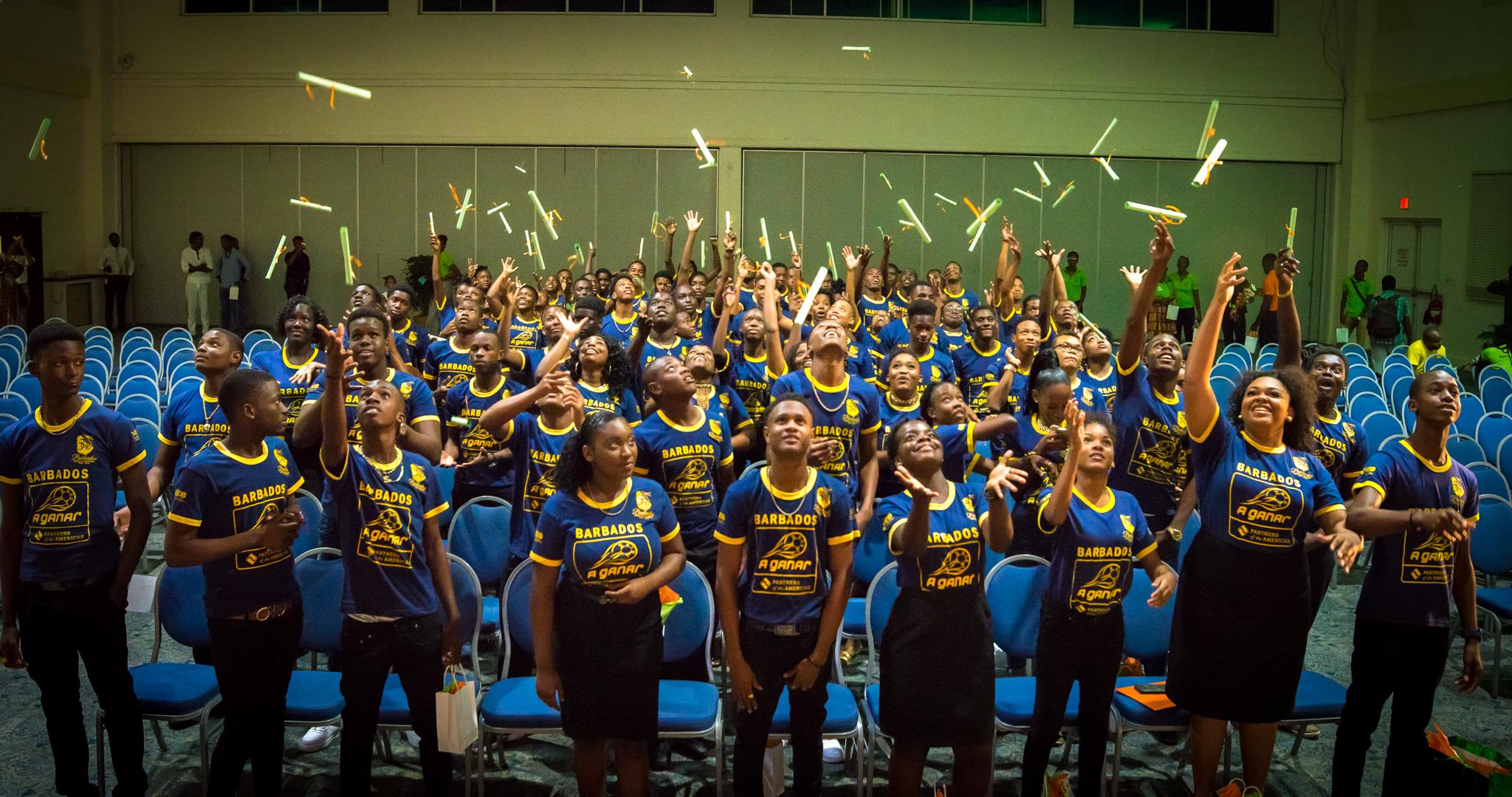 “A Ganar has helped me find my way, and others need help too.”

Jamali Farrell, is a 16-year-old boy who was skeptical about entering A Ganar, an after-school program for at-risk youth. But his skepticism soon changed as he realized it was changing him: He had started to learn the importance of discipline, punctuality, paying attention to detail, and ignoring distractions.

More than that, A Ganar had changed his attitude towards life. Jamali now has the discipline to go to work at 7 a.m. every day and to engage in productive activities, like the ones he performs daily at the Tile Gallery where he works. In his own words, “If I hadn’t enrolled in the program I would not have attained many basic but valuable life skills which I am able to use in my everyday life. A Ganar turned out to be a program that really helped me a lot.”

Youth unemployment is a pressing issue in many countries in the Caribbean, and Barbados is not the exception. The country has 29% unemployment for the 15-25-year-old age bracket, which is much higher than the 9% for workers over 25 years in 2013. To provide these young people with more options for more education or work is crucial: it is 2.4 times more difficult for a young person to find a job than for an older adult.

Since its launching in Barbados in 2013, nearly 1,300 at-risk youth from 13 institutions have participated in A Ganar. 749 of them graduated from the rigorous, sports-inspired after-school program training that encourages team work and problem-solving and equips them with vocational and life skills needed to make a positive contribution to society. Many alumni have returned to formal education, found employment or started their own businesses.

Just over 100 young Barbadians have joined the ranks of A Ganar alumni after receiving their certificates of graduation at a ceremony at the Lloyd Erskine Sandiford Centre on December 6, 2017. The young men and women graduating this year received training and internships in areas such as barbering, culinary arts, food & beverage, mechanics and more.

The program is an integral part of the “Skills for the Future” program which the Government of Barbados and the IDB signed in 2012. Even though the program’s pilot has come to an end, its success has prompted a commitment from the government to keep the momentum going and seek to institutionalize it in other schools and institutions to offer similar opportunities for youth throughout Barbados.

We are proud to celebrate along with their friends and families the achievements of the 107 graduates, like Jamali and his fellow classmates, who beamed with pride as they walked across the stage to collect their certificates and awards.

And as I told them during their commencement ceremony, they must continue developing their talents and use them to improve their own lives as well as their families, their communities, their country, and even the world.