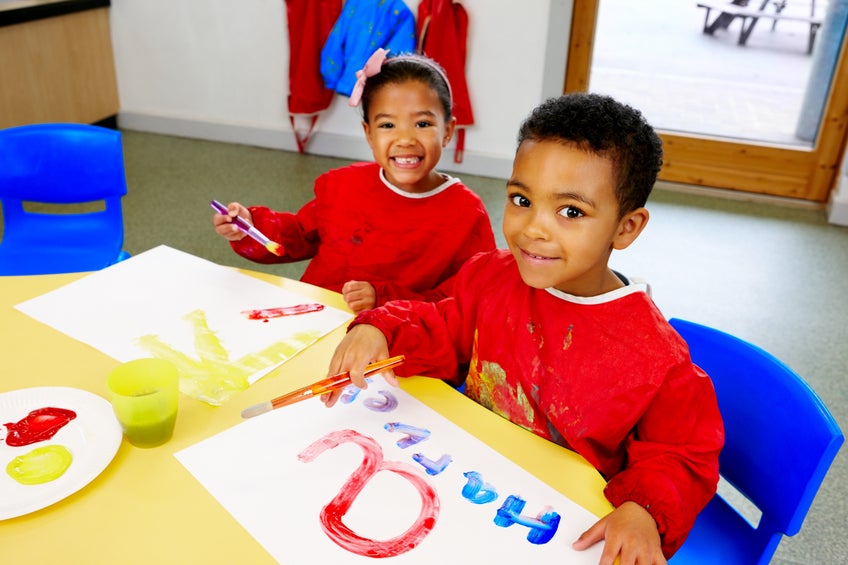 I recently visited a rural school and in a first grade class I met Miguel, a six-year old. While I was there, his teacher asked him to come to the board to solve a math problem and he began to smile nervously while looking to his classmates, asking for help. His peers tried to give him some hints but they could not help him. At the end of the lesson, Miguel’s teacher explained to me that he was behind in comparison with his peers: they had all attended pre-school but Miguel had just recently started formal schooling. This is a story that we often encounter in classrooms across Latin America and the Caribbean. How can we ensure that children in the region enter school prepared to learn?

Differences in skills and cognitive abilities between low-income children and their wealthier peers begin during the early years and continue throughout their lives. That is why learning during this period is key for future academic performance, job opportunities and reducing the effects of vulnerable family origins.

Although we know with certainty that learning during early childhood is crucial, in Latin America and the Caribbean (LAC), 92% of children ages 0-3 still do not have access to formal early care and education programs. For children ages 3-5, this number drops to approximately 56%. In OECD countries, in comparison, average enrollment is 30% for children ages 0-3 and 80% for those between 3 and 5 years old.

Education offered during early childhood is often not compulsory, which is why families determine whether or not children enroll in early childhood education programs. One of the factors that hinders children’s participation in these programs is the fact that care during the first years of life is often done through informal arrangements — mostly mothers and other close relatives, such as grandmothers. In some cases, these care arrangements can be precarious. In countries where data is available, the percentage of children who are looked after by a minor, left alone at home, or taken to work with their mothers is around 2.5 and 5% (Mateo Diaz y Rodriguez-Chamussy, 2016 – [upcoming]).

Similarly, we know that, in the region, children who access formal early childhood care and education programs, are, in some cases, those who need it the least. In fact, the highest participation rates are often observed in households with higher incomes and parents with high educational attainment. Living in a rural or urban zone and mothers’ educational level and employment status also affect enrollment. Miguel, for instance, comes from a low-income household in a rural area; his parents did not complete formal education, and when his mother suggested that he enrolled in preschool, Miguel’s father and grandparents told her that young children were better off staying by their mother’s side. One day, Miguel’s mom had to start working to help out at home. Only then did they look for a center where Miguel could be enrolled, yet it was difficult to find one close to their home or their work. The only available center was a private one they could not afford.

Low participation among children from vulnerable households in public services continues to be one of the main challenges in the design and implementation of early education policies. In contexts in which labor market participation for adults in the household is critical, even the best educational programs can be underused if parents do not enroll their children because they do not trust their quality; fail to understand the importance of attendance, or find the center to be too removed from their homes, too expensive for the family to afford; or open at times that do not work with their working schedules.

What can countries in the region do? Policies and programs cannot be designed without considering the the reality of most vulnerable families. Therefore, policy makers should: (i) collect quality data to learn more about the existing offer of services and understand the target populations and the reasons behind a household’s choice to enroll or not their children; (ii) expand coverage and reduce age restrictions for enrollment; (iii) improve quality of services; (iv) adapt centers’ characteristics based on the needs of families; and (v) implement policies based on incentives as well as campaigns to raise awareness, particularly among households which are harder to mobilize due to cultural reasons.

Enrolling late in school, particularly for children in disadvantageous conditions, can significantly reduce their chances to acquire the skills and knowledge they need for life. We should not allow us to have so many children like Miguel in the region. No one should enter the system too late, for we simply cannot afford it. To do so would mean making what economist Jared Bernstein has called the “biggest public policy mistake“: not investing in quality early childhood education and leaving vulnerable kids behind.