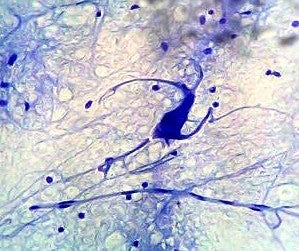 How does poverty affect the brains of poor children? Can the economists and education policymakers learn from neuroscience findings? These were the questions that we posed in the last post, and that we will now try to address. The answer to the first one is… Yes. So far, neuroscientists have found strong important differences between the brains of poor and non-poor students and the key factors related to them. On one side, we have the kids’ exposure to stress and whether they have secure attachments. On the other hand, there are low learning capabilities or lack of cognitive development due to low household stimulus.

With regards to stress, evolution has engineered our bodies to handle stress, but in short periods. Evidence suggests that the type of stress that poor kids experience lasts long periods of time, resulting in negative effects that are reinforced by the lack of secure and protective attachments (parents, teachers, among others). Stress overloads damage the ability to handle emotions, thoughts and impulses. Specifically, they reduce cognition, creativity and memory1, diminish social skills and social judgment2. A child who comes from a stressful home environment with unsecure attachments tends to channel that stress into disruptive behavior at school and to be less able to develop a healthy social and academic life3.  However, neuroscience evidence also points out that stress affects the prefrontal cortex, and those are good news because that area of the brain is more responsive to interventions than any other part. Also, neuroscience has shown that the lack of development of several parts of the brain caused by stress, can be stimulated and further developed with adequate interventions.

With regards to cognitive development, neuroscientists also identify important differences in cognitive functions between poor and non-poor kids, in particular in language development.  An explanation for the differences is that the perisylvian brain region, which is responsible for language, takes a longer time to develop. It matures after the child is born. Therefore, external conditions have a higher potential to affect outcomes. In this case, identifying the cognitive challenges turns into a priority and working explicitly to solve them may provide a new outlook to support poor kids in achieving schooling and learning appropriate behaviors to able succeed in their lives.

Although our posts only summarize a few findings, what is clear is that neuroscience’s contributions are modifying the way we think about poverty, and its role in human capital accumulation.  If we want to alleviate poverty and break the cycle, interventions should overcome the negative impacts that might have affected poor kids’ brains. Nonetheless, as usual, there is no magic bullet. Different types of poverty could affect brains differently, and programs to overcome it should respond accordingly. But clearly policymakers and economists have something to learn from neuroscience and should stay tuned to the upcoming discoveries because they will surely continue to mold the ways we think about education policy.