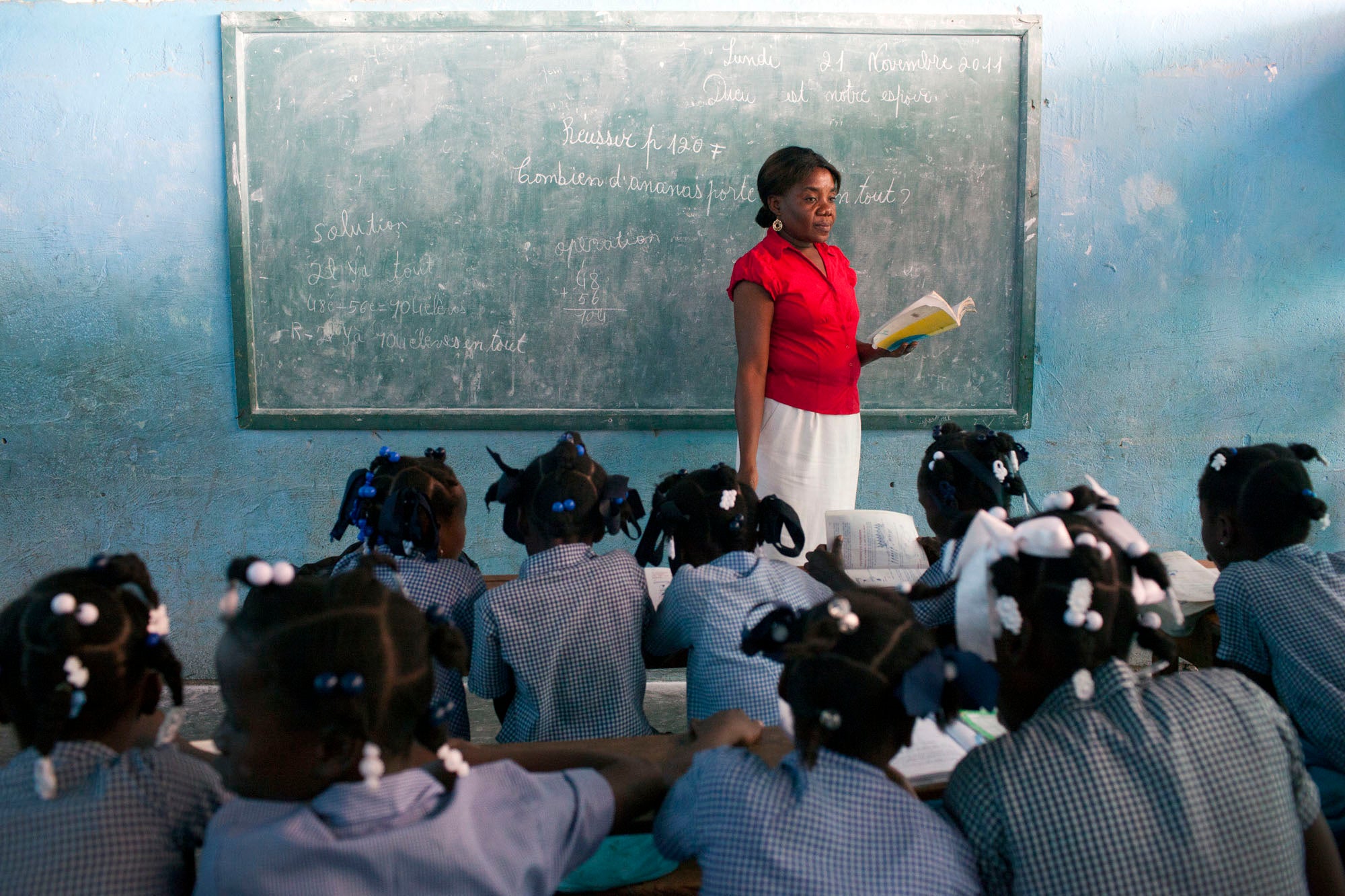 Some mistakes are easy to remember and especially those you make in a language other than your own. Having grown up as a Swedish-speaking Finn, I remember clearly how during one of my first Finnish language classes, I told everyone “I am a ball” instead of “I have a ball”. While my story took place in Finland, my experience could resemble that of millions of children in the region who enter the education system in a language other than their own. How do we ensure that they, too, are given the opportunity to achieve their highest potential?

Every February, UNESCO celebrates International Mother Language Day to highlight the importance of the mastery of the mother tongue for acquiring the basic skills of reading, writing and numeracy. In Finland, Swedish is an official language beside Finnish and only spoken by roughly 300,000 people (around 5.5% of the population). From early education to university, I was given the chance to “learn how to learn” in my own language, using concepts which I understood and could relate to entirely, not only more or less so. My teachers could use more time in explaining substance and less time on ensuring that everyone understood instructions. The learning materials and resources were in my mother tongue and, moreover, teachers had themselves been trained in their mother language, a policy that is not yet a reality for teachers around the world.

Language learning can take different forms, and play is perhaps one of the most effective ones for a child. Setting up bilingual groups with two teachers each using their mother tongue is an option that has been tried especially in early education in Finland and could easily serve as inspiration for countries in Latin America and the Caribbean. This way, children get accustomed to receiving instructions in their first language while also discovering the second language in a safe space.

Recognizing that learning basic skills in your own language equips children and young people with tools for lifelong learning, the IDB supports programs such as Tikichuela in Paraguay. Through the development and use of teaching materials in both Spanish and Guaraní, Tikichuela has improved early math learning outcomes. Now, Panama’s Ministry of Education is interested in developing an interactive radio math program building on the experience in Paraguay. Another example is the MiMate program in Peru, where preschoolers learn early mathematics skills in Quechua and Spanish. Just like with Tikichuela, after one school year children who took part in the project had increased mathematics skills compared to children who were not.

Multilingual education is a matter of promoting equal opportunities; it is about inclusion, identity and belonging. It does not mean questioning the importance of becoming fluent in the main language of the country, but  instead providing a child with the safe spaces to acquire basic skills and develop. Learning in your own language might also make you more motivated to learn, more self-confident and prevent you from feeling left behind, which could improve learning outcomes and make repetition and dropout less likely.

What are some small steps that could improve learning in Latin America and the Caribbean for children studying in their second language? Join the conversation and share your thoughts via @BIDEducacion.