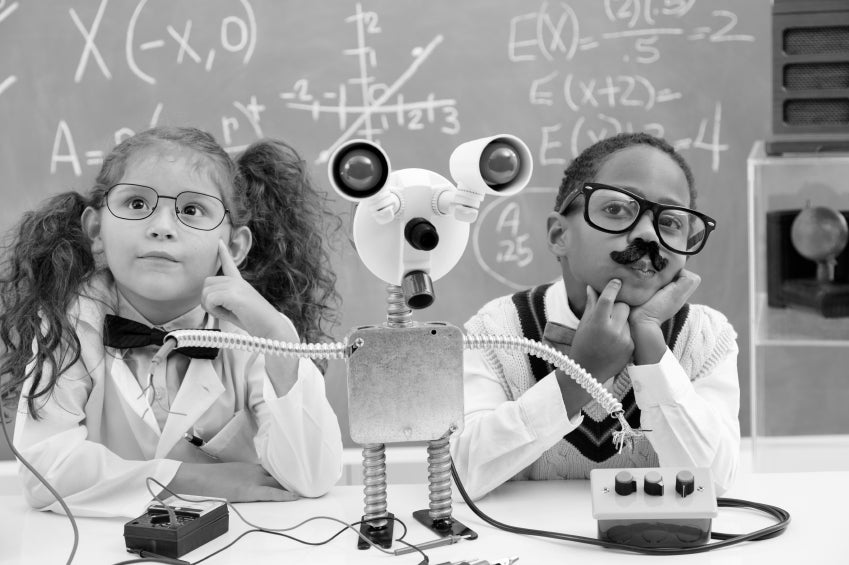 For several months, from the IDB Education Division, we have been holding the #Glassesoff campaign, which seeks to raise awareness on gender and education. Through it, we managed to approach the issue from different perspectives: listing numerous initiatives to raise awareness against stereotypes, presenting results on a Mexican program to prevent dating violence, establishing remarks on sexual violence, on how sport is an excellent tool to promote gender equality, and also noting how the biases in gender affect the labor market. As this issue has many edges, we decided to open the debate through a Twitter Chat with different institutions and a blog posts contest on the subject.

Through this contest, we had the pleasure of receiving opinions and thoughts very interesting and varied. The winner was Arlene Sabaris’ post From princesses to superheroes, where she states that both governments and families have an important role in the process of improving indicators of gender equality in our countries.

Making a review of the gender situation in Dominican Republic, Arlene notes that the rate of female poverty is 28% higher than the male, partly, because 57.1% of women are out of the workforce due to home duties. Also, she points out that although women have more years of education than men, their unemployment rate is higher (23% vs 8.7%) and earn less, among many other discoveries that we invite you to read in her article.

Other blog posts approached the subject from personal experiences, thoughts on everyday attitudes, and programs implemented in their countries to promote the development of tools and skills  for both boys and girls. Without further ado, we invite you to read the contest’s finalist posts!:

Are women taking leadership in the field of science? by Monica Mazariegos.

This Mexican nutritionist with expertise in public health and ongoing PhD studies in Sciences of Population Nutrition tells us, from her personal experience, how the scientific work environment is constantly surrounded by women who make their career a priority and work hard to generate evidence in their field. But despite these efforts, she and her colleagues face prejudice, by both men and women. They are told they do not have the ability to lead and make decisions due to the multiplicity of roles they are running. Monica also denounces the wage gap and the pressure they receive not to get pregnant or not to have a large family as they could neglect work. But Monica, when asked what to do about this dilemma of more education but less salary and less professional results, stresses that it is important to continue promoting equal opportunities of access to education between boys and girls at all educational levels and, also, to prevent drop-outs of girls and adolescents. She also encourages creativity and the promotion of talent and self-esteem of children, adolescents and women for them to successfully develop in the field they are passionate about. Because, as she says, “even with all these situations that we face, we, women, continue to excel.”

Luiza pays attention to the popular game girls play and sing with palms: “Cherry jelly / I was invited to a party / at the party, there was a boy / and the boy kissed me / I said ‘shameless’ / he said ‘mouthed.’ / I told my parents / my parents beat me / I told my uncles / and my uncles told me / to sing this song: alabi alabau alabim bom bao.”

For girls is just a game. They repeat it over and over, and have more fun if they sing it faster and faster without making any mistakes. The fact is that this popular song, in real life, can be the drama of many girls, or many children who have been abused, harassed by their peers, parents, and/or teachers or other adults. Luiza opens the question: How useful are all the legal instruments and institutions that protect and restore the rights of vulnerable individuals and groups, if we ourselves (by not correcting these type of games, for example) support the cycle of violence?

Manuel, a student of Political Science at the Autonomous Technological Institute of Mexico (ITAM), points out how gender violence in Mexico has become a problem of great visibility. He points out how quality education and coexistence of the community have proven to be keys to eradicating violence against women, and raises public awareness about the virtues of equity in gender.

Manuel exposes the program implemented by the Mexican government “Opening schools to equity,” which seeks to eliminate gender violence in the most affected municipalities by this driven. The program consists of weekly encounters where the educational community carries out activities to promote equity and non-violence: debates, movies, support services for people at risk, among others. He explains that such meetings are like “spare time” in which the community can share and express themselves freely at the same time they offer great opportunities for youth to participate in things they like: rock bands, graffiti and others.