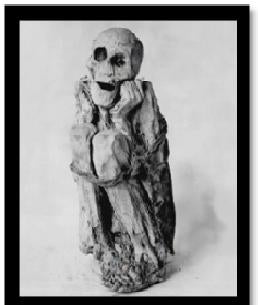 Recently, Yale University announced open access to its cultural collection of more than 250,000 images. Works by Picasso, Renoir and Gauguin, among many others, can be now found electronically. However, what does art—and the great artists of past centuries—have to do with Open Educational Resources (OER), technology and education?

The “open access” movement and the use of OER are becoming increasingly more prevalent in the discourse of the international educational community. More and more, the potential impact and benefits of open access and open educational resources on the field of education are being documented. The benefits of this movement include, among others, encouraging self-taught learning and collaborative learning at the same time, providing incentives for creativity in teaching and improving the quality of educational resources.

Wiley has proposed the “4R” activities, where each “R” represents one of the four basic activities for maximizing the use of OER:

Going back in time more than a century, we could say that, in the art world, Paul Gauguin was a regular user and champion of OER. More than a hundred years ago, Gauguin had the opportunity to make various trips outside his birth country, particularly to Tahiti. During those trips, he got to know new cultures and enjoyed access to the architecture and landscapes of places that others never had the chance to see. He also had the privilege of accessing libraries and museums in the places he visited, where he was met with a variety of resources (works of art, paintings, sculptures, etc.) to which most of the population at that time did not have access.

In many of his works, we can see how —based on original works— Gauguin learned and drew inspiration in order to later reuse, revise, remix and thus create his own works, now known worldwide.

In 1889, he painted Breton Eve, using as a model a Peruvian mummy on display in the Trocadéro museum of Paris. In his painting Ta Matete (We Shall Not Go to the Market Today), the women who appear in the foreground have been adapted from an Egyptian painting.

For his painting Te Nave Nave Fenua (The Delightful Land), he reused the pose of a figure from a sculpted frieze in a Buddhist temple in Indonesia.

This same sculpture that inspired the vegetation was reused and remixed in other paintings of his, like Faa Iheihe.

The portrait of his lover, Merahi Metua no Tehamana (Tehamana Has Many Parents), includes imitations of inscriptions that Gauguin had seen on some stones on Easter Island.

In his work Parahi te marae (There is the Temple), Gauguin created a sacred meadow that included a fence based on a figure that he found in France.

For this same painting, he drew inspiration from photographs of the meadows of Easter Island.

In a world that had not yet seen today’s technology, Gauguin learned and drew inspiration from access to various kinds of resources. So, then, should he be criticized or punished for reusing resources from original works of art in order to learn, draw inspiration, reuse ideas and awaken his creativity?  Today, his works are a potential source of inspiration for others and are also educational resources used in art schools.

Yale University’s digital collection is yet another open educational resource for art available to the world. Courses like MIT’s Modern Art and Mass Culture, the Musée du Louvre of London’s Open University, the University of Nottingham’s Art in War , or the Basic Elements of Music of the Connexions consortium are just a few examples of the many available that can now also be a source of learning and inspiration for art students the world over, as well as for the general population.

Today, in a world where technology is increasingly more accessible and affordable, educational resources should be equally open and accessible. The culture of open access and the use of OER should be viewed as an opportunity for formal and informal education. The incapability of formal education systems to keep up with the growing educational demand should not represent a restriction for any individual eager to learn, research, innovate, awaken his or her creativity and thereby, perhaps, to find the next Gauguin, Picasso or Renoir.

* Nadia Mireles is currently a consultant in E-learning and Instructional Design at the IDB, where she supports the design and development of various online education programs for Bank employees and also the region through INDES. Previously, she collaborated with the Universidad de Guadalajara as head of the language self-learning center and then as head of the Unit for the Promotion of Internationalization, where she was responsible for implementing the Universidad de Guadalajara’s self-learning centers, in addition to carrying out language learning projects with technological support.

Nadia has a double master’s degree in E-learning from the Universidad de Guadalajara and the Universidad Oberta de Catalunya. She is currently pursuing a doctorate in Education (through a distance-learning program) at the University of Calgary, Canada. Her areas of research include the “open access” movement and open educational resources in Latin America, e-learning trends, Web 2.0 tools, and social and informal learning.