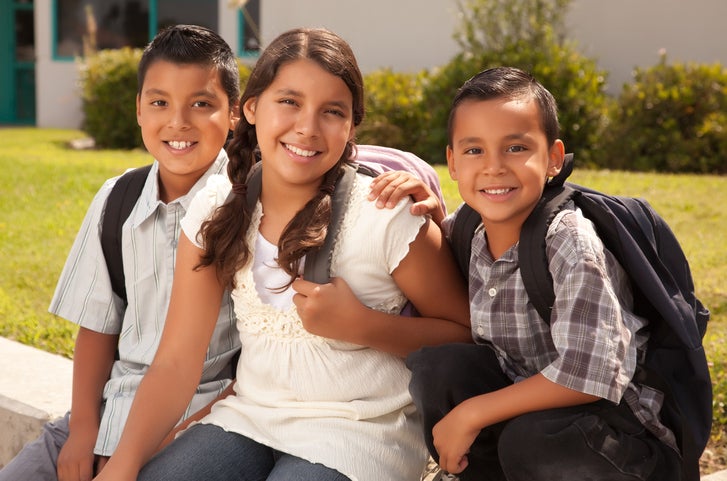 From Chile to Mexico, a wave of change is transforming education systems in Latin America and the Caribbean: double and triple school shifts are slowly disappearing and transitioning into extended school days in public schools. In the early years of modern education, schools started with single, extended school days. This trend was disrupted by the implementation of double shifts (morning and afternoon) that allowed a rapid incorporation of students into the system in response to population growth. However, it is worth asking: what has been the effect on learning?

In the region, the number of young people in secondary school age increased five-fold in the second half of the 20th century, while enrollment rates increase, on average, between 12 and 72 percent (see graphs below). This increase in enrollment rates in Latin America and the Caribbean, while needed to ensure access to education, created considerable challenges to the system’s ability to maintain quality in the services provided.

The main objectives of increasing enrollment rates were achieved through double shifts in schools. Yet they often meant that students had less time to use school resources and teachers had less change to prepare for lessons. Moreover, changes in school days took place in a context in which the focus of conversations about education were not centered around quality of learning. International assessments, such as PISA, demonstrate this point: limited access to resources and limited learning outcomes have generated a low-level equilibrium, essentially a vicious circle of low quality, low amount of resources and low demand for results.

Fortunately, this situation is changing. Population growth rates has slowed down in most countries in Latin America and the Caribbean. In some urban areas, such as Mexico City, the decrease in population has been considerable, opening up opportunities to improve access to resources for each enrolled student. Additionally, in countries like Peru, central governments are allocating more funds to education, creating similar opportunities for access to resources for children and youth in school. In some other countries, we even find an ideal situation: slowing rates of population growth and higher investments in education!

A return to extended school days is opening up opportunities for learning, which should lead to quality improvements across education systems. However, this change does not happen on its own. Disrupting a situation of low-level equilibrium means establishing higher and ambitious learning goals that guide the pedagogic process in all schools.

During my visits to schools that have recently shifted to extended school days I have seen satisfaction among students and teachers. In particular, some of the workshops that often come as part of the transition to different schedules often provide incentives for students to take a more active role in their education. Without doubt, teachers should take advantage of this wave of inspiration among students!

Impact evaluations show positive and promissory results for the implementation of extended school days. Holland, Alfaro and Evans (2015), for instance found positive results for the extension of school days in some countries in Latin America and warn about the high costs this would mean for Uruguay. Similar studies in Peru (Aguero 2016) showed that the first year of implementation increased math results by an estimate of 0.14 – 0.23 standard deviations.  Similarly, a study by my colleague Diana Hincapie at the IDB found that extended school days could be an effective policy for Colombia’s poorest students. In a few words, the results are very promising! Moreover, in terms of costs, countries like Honduras have shown that, taking advantage of demographic transitions and adapting existing legal frameworks can help offset the high costs of implementation, an oft-discussed element of this policy.

The possibilities that demographic shifts are providing for the return of extended school days mean are good news for students across Latin America and the Caribbean. It is now up to policy makers to support this policy with complementary interventions in other aspects of the education process.