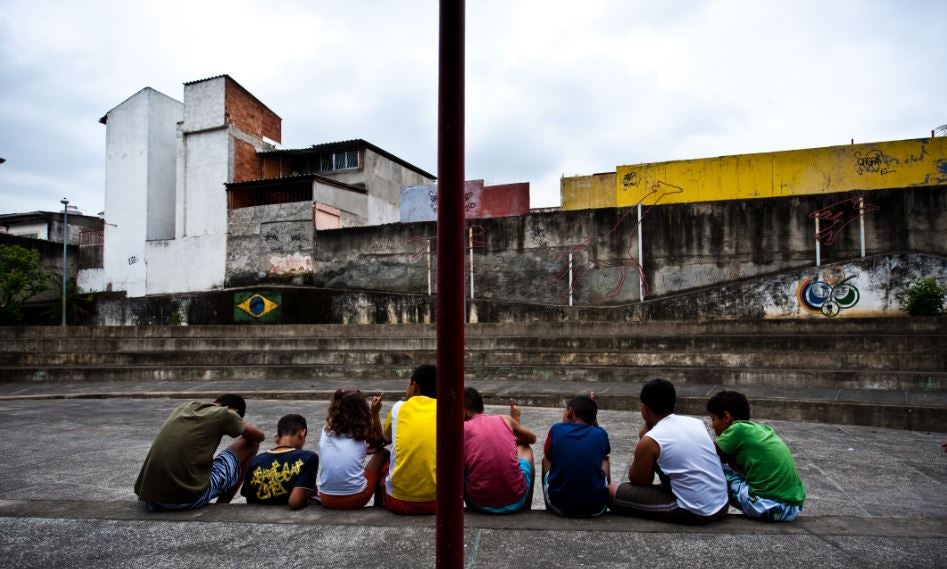 What is the cost of violence? Start with the human toll. In Brazil, around 60,000 people are murdered each year, a figure that reaches 29/100,000 inhabitants and is the highest for any country not at war. Ten percent of all homicides in the world happen in Brazil. Add this to the economic costs. Brazil lost almost 4% of its GDP – about US$124 billion – to violence in 2014. This is more than six times the investment in the Bolsa Familia program. And while violence affects everyone, youth are the hardest hit.

Around 36% of Brazilians between 15 and 24 years fall victim to homicide. The majority are poor and under-educated adolescents. They are unlikely to reach their potential as productive and engaged citizens. This paints a dismal picture for present and future generations, and for Brazil’s social and economic development. It is here that neuroscience offers some interesting insights.

Brain development occurs through interactive and iterative influences of genetics and the environment. Brains develop into young adulthood into the early 20s, and are affected by negative stressors. In adolescents, emotional and affective impulses have a stronger hold on the brain than more controlled processes, like attention and inhibition. This makes the brain more susceptible to reward and immediate gain. Youth tend to have an inaccurate understanding of consequences, possible losses and risks.

Youth and toxic stress are an explosive mix. When exposed to toxic stress, youth take more risks, with less control and more impulsivity. Their brains narrow to an almost singular focus: survival – fight or flight. Survival mode consumes most, if not all, available brain power. Learning simply is not on the brain’s list of priorities in a violent environment. In fact, youth witness to, victims of or participant in a violent act, such as a murder or an attack on a peer, can lose the equivalent of one month of learning in math and language.

FLACSO, The Brain Institute at the PUC-RS, and the IDB have come together to collaborate on an innovative project that combines a neuroscience and education approach. New data collected by FLACSO in a sample of large, urban schools in lower socioeconomic neighborhoods Fortaleza and Porto Alegre identify a plethora of toxic stressors: violence between students, students and teachers, and in homes; drug trafficking; gang activity; arms; theft; assault; and domestic violence. It also finds a high number of over age students – likely to be associated with repetition and other learning problems, and instable family and peer relations, which compound the already toxic stressor ever-present on school campuses. Their brains are wired to survive, not to learn.

In the case of Porto Alegre, the Brain Institute (PUCRS) will probe deeper into the relationship between toxic stress and learning in youth. Using cutting-edge techniques that combine epigenetics and neuroscience, researchers will measure how brains react to stress in a sample of youth.

Cortisol levels, a measure of exposure to stress, will be investigated in hair and saliva samples.  A single strand of hair can provide a long-term retrospective measure of systemic cortisol exposure. Hair grows at an average rate of 1 centimeter/month. The first centimeter of hair at the scalp follicles stores information about the previous month’s cortisol production; the second centimeter, information about cortisol production for two months prior, and so on. Evaluation of cortisol in hair samples provides an accurate measure for cortisol over longer periods of time.

The expression of cortisol can be found in saliva. Saliva samples will be taken to determine present stress levels in youth and to identify potential intergenerational effects of violence and adversities.

Preliminary results indicate that over 90% of the youth investigated have been victimized directly or indirectly by violence, independently of whether they attend a school located in a violent or non-violent area of Porto Alegre.

This work is completely new for Brazil and for research that combines neuroscience and education around the world. The results – to be chronicled in subsequent posts – are expected to provide new data on the effects of stress on cognitive and biological development in adolescents, and new answers to age-old questions about how to break the vicious and seemingly unending cycle of youth and violence.

Stay updated on more results by subscribing to our blog and following us on Twitter at @BIDEducacion.

This post was written in collaboration with Augusto Buchweitz (Instituto do Cérebro, PUCRS) and Miriam Abramovay (FLACSO Brasil). The original version of this post was published by Ideação, the IDB’s blog dedicated to highlight social and economic policies in Brazil.