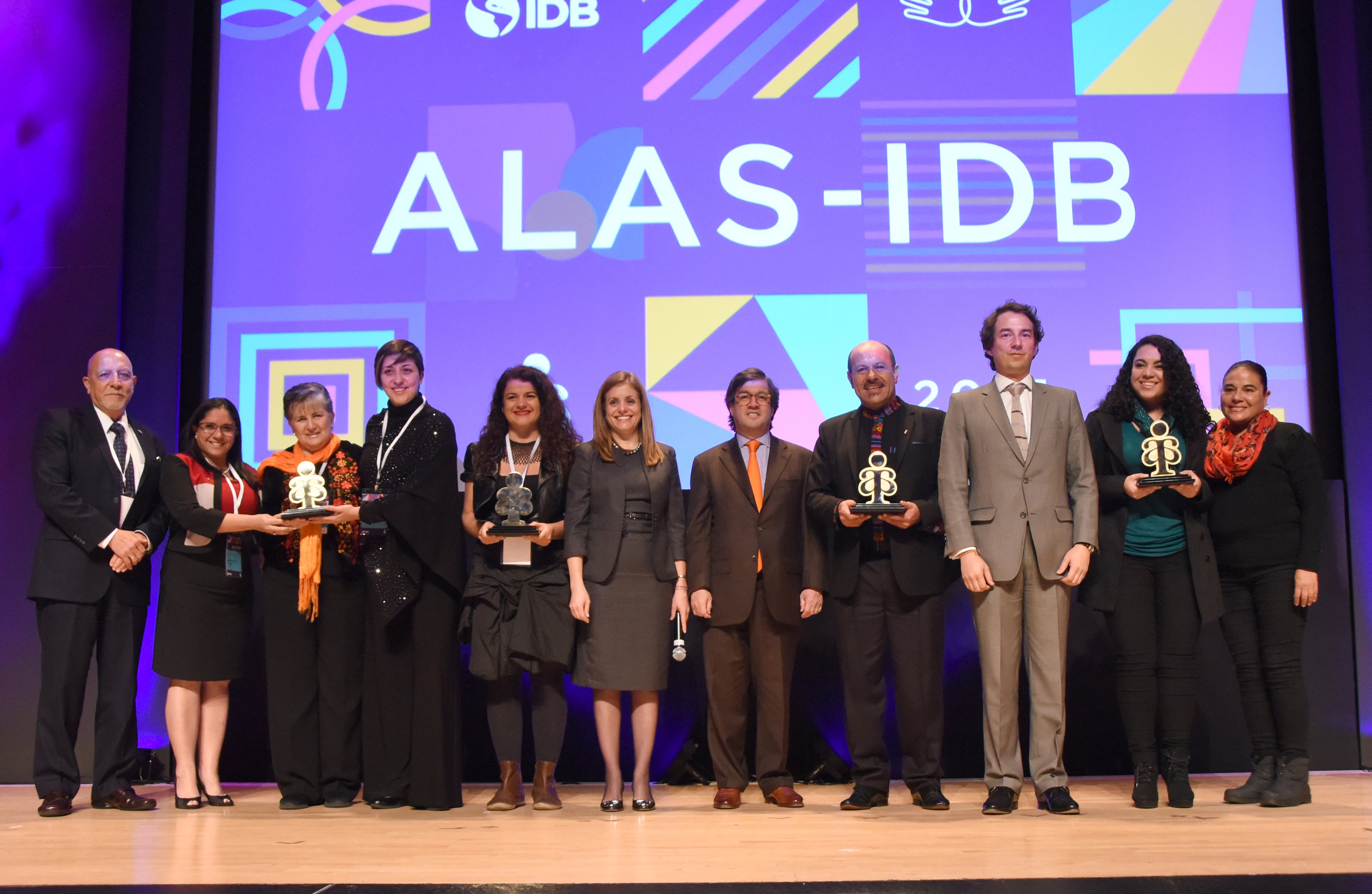 When Jeison Aristizábal was born, he was diagnosed with cerebral palsy. The doctors told his parents that there was little hope for him and that at best he would become a shoe shiner. Today, more than 33 years later Jeison leads a foundation that helps children with disabilities. He is a clear example of how stimulation and support in early childhood can help the brain develop even in the face of important challenges and bring out the inner talents every child has.

The ALAS-IDB Early Childhood Award seeks to recognize and celebrate the commitment of individuals and organizations that work to improve early childhood in Latin American and the Caribbean. The Inter-American Development Bank and the ALAS Foundation just revealed the 4th annual ALAS-IDB Award Winners and there is much to learn from their efforts in the region. The award ceremony took place on Nov. 9 th  in Washington D.C. as part of an all-day event on how to raise smart kids by using the brain’s building blocks in early childhood.

After a long and rigorous selection process, including an evaluation of over 1,200 nominations from 20 countries throughout the region, site visits, interviews with finalists and intense deliberations between early childhood education experts, the winners for best children’s story, best educator, best early childhood center, and best early childhood innovation were revealed.

Belén Barreto kicked off the conversation with a powerful narrative of how her robotics team became the first Latin American team to win the LEGO International Robotics Competition. Neuroscientist Philip Zelazo, Psychology Professor Stephanie Jones and CNN 2016 Hero of the Year Jeison Aristizábal shared important insights on the interplay between the environment, people’s actions and how the brain develops in early childhood.

IDB’s Social Sector Manager Marcelo Cabrol took on Chess Grandmaster and Curriculum Entrepreneur Maurice Ashley in a good old-fashioned chess match. Marcelo put up a good effort but, even though Maurice was blindfolded, he just could not beat a master at his own game.

Beberly Devers, the youngest winner of the World Salsa Competition, showed how young dancers must engage their working memory as she went through a complicated salsa routine. Following her performance, Education Professor Deborah Eyre spoke with Jamaican Education Minister Ruel Reid about how to create world class schools by focusing on the development of children’s executive function skills.

The ceremony ended after an exciting performance from Rio de Janeiro’s internationally recognized dance theater, Galpão Aplauso, but not before the night’s main event: the ALAS-IDB Award Ceremony. The Inter-American Development Bank and the ALAS foundation are happy to present the four winners of the 2017 ALAS-IDB Early Childhood Awards. This years’ prizes were made possible thanks to generous contributions from the ALAS Foundation and the FEMSA Foundation in Mexico.

The ALAS Foundation and the Inter-American Development Bank would like to take this opportunity to extend our congratulations to the winners and our thanks to the finalists for their incredible work to improve small children’s experiences during their childhood. To find out more about the finalists and winners, you can access the award brochure here.

If you are an author, teacher, director or executive working to develop early childhood education in Latin America or the Caribbean, sign up for our newsletter to learn about the efforts of the IDB, our member countries and regional partners to improve lives.