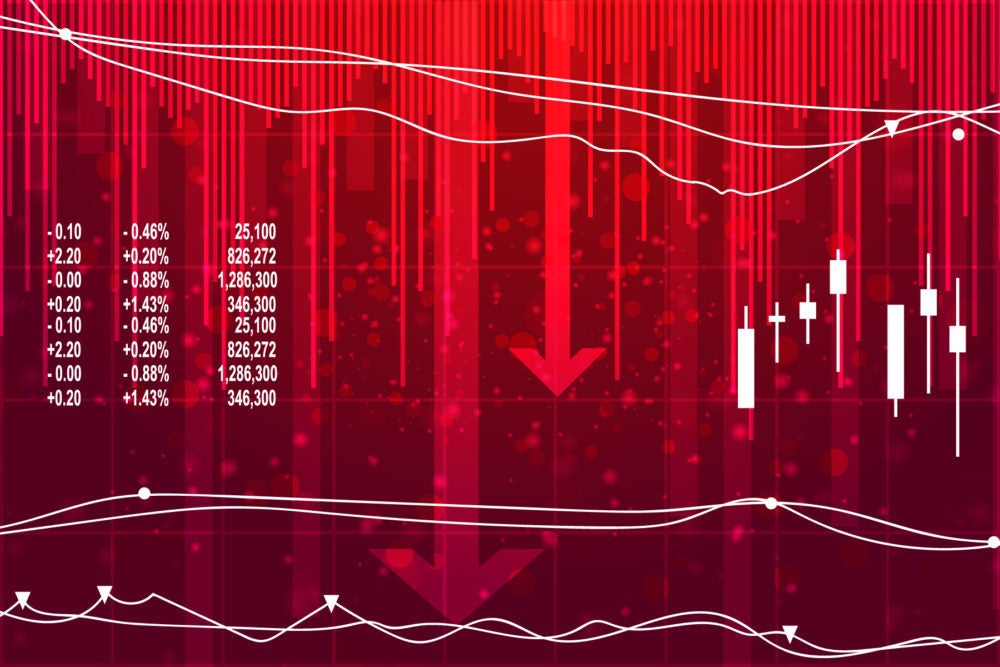 Economists have long known that aggregate measures of economic activity vary during recessions.  Unemployment rates increase, for example, while both GDP growth and investment rates decrease. But when we look at actual firms, the individual units of production in an economy, during a recession do they all behave in the same way? And if not, can we use that information to learn more about the causes of recessions?

In a recent study, Gajendran Raveendrathan and I try to answer those questions. Our hope is that by deepening our understanding both of the origins of recessions and what happens during them, we can better assess the different policies that are usually implemented to mitigate the adverse effects of such economic downturns.

Recessions in the United States

First, we should note that the change in the number of jobs in an economy results from the difference between the number of jobs created and destroyed. That, in turn, depends on the number and size of firms entering and exiting the market (extensive margin), and the change in employment among existing firms (intensive margin). We provide empirical evidence on both the extensive and intensive margins for the United States between 1970 and 2014, summarized in Figures 1 and 2. (The shaded areas in the graphs correspond to recession periods as established by the US National Bureau of Economic Research.) 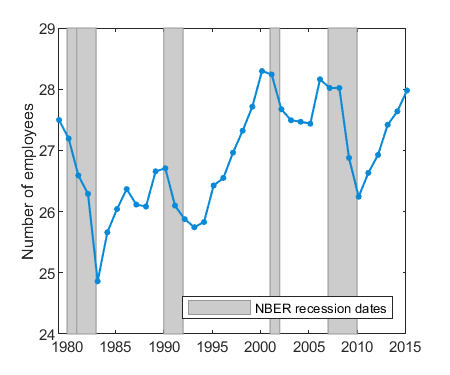 Economic downturns, in short, are characterized by a decrease in the average employment size of firms and may sometimes involve an increase in exit rates. But what determines that?

In a second step of our study, we develop a quantitative model of firm dynamics to analyze the implications of negative productivity and credit shocks. We apply different shocks to our model economy to generate recessions and analyze their implications for the firm dynamics derived from the model simulations.

The impact of credit conditions on firms

Our results are important. We show that a negative productivity shock decreases the average employment size of firms during a recession, which is consistent with the behavior of employment size during all the recessions in the United States between 1970 and 2014. But only a worsening in credit conditions can lead to an increase in the exit rate of firms. Such a credit shock, it appears, played a major role during the more severe 1980-82 and 2007-09 recessions. In 1980-82, with Paul Volker at the helm of the US Federal Reserve, there was a hike in interest rates that affected credit, while in 2007-09, the subprime mortgage crisis affected credit and triggered the financial crisis. 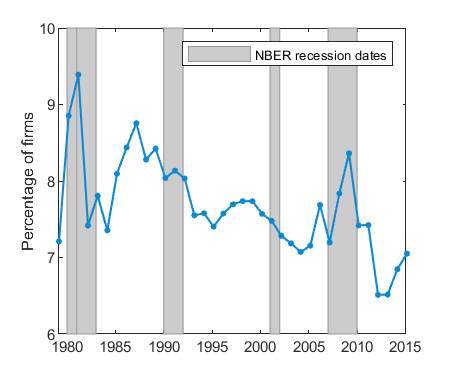 In summary, credits shocks may play a principal role in particularly severe recessions, causing spikes in the exit rate of firms. In this scenario, policymakers might want to adopt measures that enhance credit conditions, including expansionary monetary policy. We are currently broadening our analysis to Latin American countries. New findings will be posted in this blog.