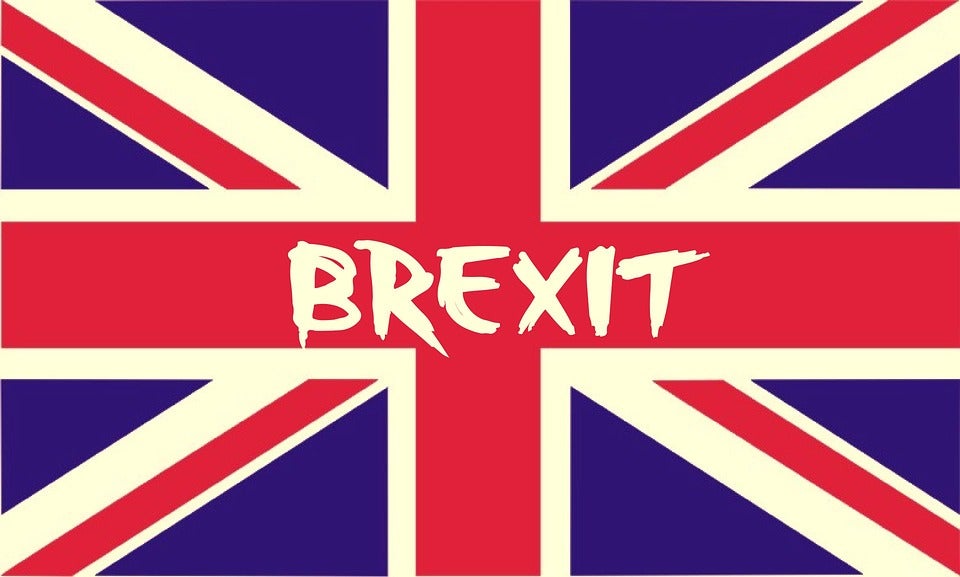 The UK is a country of just 242 thousand square kilometers (compared to Mexico’s 1.9 mn, Argentina’s 2.7 mn and Brazil’s 8.4 mn) located about 7,000 km from Barbados and more than 7,500 km from anywhere on the mainland of Latin America (it’s just over 7,500 km from London to Simon Bolivar airport, Caracas and over 8,000 km to the Yucatan).[1] Considering Latin America’s two largest economies, only 2% of Brazil’s exports go to the UK and about 0.6% of Mexico’s. Viewed from Bogota or Buenos Aires, the UK leaving the European Union may appear to be a fascinating experiment in the economics of (dis)integration but at first sight, largely irrelevant for Latin America and the Caribbean’s economic future. We argue, however, that the effects of BREXIT may still be significant for the region.[2]

While the UK may be small in terms of land-mass, it ranks as the 5th largest economy in the world ($3 trillion in current US dollars and market prices in 2014), almost half the size of Latin America and the Caribbean but much more open (exports and imports represent almost 60% of GDP compared to Peru’s 46%, Colombia’s 37%, Argentina’s 29% and Brazil’s 25%).[3] The UK accounts for about 8% of exports from Germany, France and Spain, 12% of those of the Netherlands and 6% of those from Italy. And the European Union is an $18.5 trillion economy, three times the size of Latin America and the Caribbean and larger than the United States.[4] If the European Union catches a cold, the world shivers.

Moreover, by many measures, London is the largest international financial market in the world and as seen from the market reaction in the days after the unexpected June 23rd referendum result, the market did not take the surprise well.[5] An estimated $2 to $3 trillion was shaved off global equity values[6], although there has been a recovery since. European bank stocks took a severe hit, declining 40% – 45% with some continental banks suffering as much, or even more, than their UK counterparts. Some commentators claimed this was more an earnings effect than a dent on solvency but CDS spreads rose significantly for some continental European banks, particularly the weaker ones. Further pressure on regulatory solvency ratios, on top of already tight financial conditions, may impact growth through the financial channel.

An additional channel is uncertainty. Assuming the UK actually leaves the Union (after David Cameron’s refusal to trigger Article 50[7] himself, some still suggest it will not actually happen) we don’t really know what will take its place. An optimistic scenario (for the UK and perhaps for the world economy) would be a free trade agreement on goods and services with the EU, other trade agreements (to replace the ones the EU has with other nations and perhaps some new ones) and some reasonable deal on all the many other issues including migration and passports for financial services and all done fairly quickly—within the two-year horizon stipulated under Article 50.[8] A less optimistic view might be considerable delay before the trigger (but with the trigger in the news all that time), slow negotiations thereafter, and no real resolution or partial agreements with some vague agreement to continue the talks, which would then drag on even after the UK’s official EU departure date. This scenario would surely increase the chances for continued financial volatility, only heightened if those talks proved less than amicable.

To put this last point more bluntly, if the Article 50 button is pressed and a set of reasonable agreements are not forthcoming and negotiations turn increasingly acrimonious, then the economic and political impact could be greater. One of the risks would be divisions within the rest of the EU. An agreement with the UK is pretty much a necessity for Ireland given the economic integration and political agreements between the North and the South of Ireland and the UK. The delicate, recent peace accord has been a great success; what a disaster if that fell victim to an EU vs UK dispute! While Ireland may be at one extreme, the UK’s other traditional “allies” within the EU will likely favor a quicker and more pro-UK agreement while others, fearful of a “demonstration effect,” may play hard ball. The demonstration effect may itself depend on whether there is significant political contagion across Europe—and other nations or regions requesting referendums on membership or related matters. There seem to be many opportunities for unforeseen potholes along this road that may have deep implications for Europe—not to mention the issue of Scotland’s potential independence (and then “independence contagion” in Europe).

Thus, there are many, many things to bear in mind but to fix thoughts let’s take a fairly conservative approach. Suppose that the effect of Brexit is that UK growth will take a hit of just one half a standard deviation of its growth over 3 years—that is a loss of almost 1% of UK GDP; less than what some analysts are assuming. It would not put the UK in recession but just very low growth. And let’s say that equity returns ultimately take a temporary hit of 10% (one half of a standard deviation of stock returns spread over time to reflect continuing uncertainty). This might be a middling type of scenario, reflecting neither a smooth process but surely not the worst scenario either. What would be the impacts from such a shock?

The IDB Research Department has developed a statistical model of the world economy known as a Global Vector Auto-Regression or G-VAR, capable of attempting to answer such a question. Perhaps surprisingly, even this somewhat mild interpretation of the Brexit-effect would have significant impacts for Latin America and the Caribbean. The model suggests a total loss in UK GDP of about 1.7% (including the growth and financial shock) over three years; but these shocks imply a loss of 2.8% in Latin American and Caribbean GDP over the same period or about 0.9% in annual growth per year. The figure below plots the IMF’s April World Economic Outlook projections for Latin America and the Caribbean and revised versions given the potential impact of BREXIT-related shocks.

Growth Projections for Latin America and the Caribbean: BREXIT-Risk

Source: The baseline is from the IMF’s April World Economic Outlook, the shock-impacts are  authors’ calculations.

The effects are perhaps larger than one might expect. No doubt UK growth is correlated with that of Euroland and what is not correlated with the EU may be correlated with the United States. A health warning is in order here which revolves around whether the impact of UK shocks are truly identified in the context of the G-VAR model. On the other hand, as reviewed above, the uncertainty channel is not modeled directly at all. If serious political contagion affects financial markets more than what is assumed here, then the model may even underestimate the impacts.
Views on BREXIT can be more or less optimistic depending on how quickly a set of reasonable agreements can be put in place to replace those between the UK and the rest of the EU. But while uncertainty reigns, there is no doubt that the potential risks for the global economy—including Latin America and the Caribbean— are real.

[1] See www.distancecalculator.net
[2] Area and GDP statistics come from the World Bank.
[3] Openness statistics come from the World Bank.
[4] Trade statistics come from the IMF’s Direction of Trade Stats and INTAL (IDB) sources.
[5] According to the last BIS tri-annual survey, US$2.7 trillion of currency derivatives were traded daily in the UK compared to “only” US$1.2 trillion in the US. Moreover, London is normally considered as the largest international stock exchange in terms of capitalization or trading if those equites from the host country are not included i.e.: if one disregards US firms traded on US exchanges. Further, a recent poll ranks London as the “best” financial center see http://www.telegraph.co.uk/finance/newsbysector/banksandfinance/11884783/Rule-Britannia-London-overtakes-New-York-as-the-worlds-best-financial-centre.html
[6] CNN estimated US$2.1 trillion although their headline suggested US$3 trillion, in any event the number was large! http://money.cnn.com/2016/06/27/investing/brexit-consequences-2-trillion-lost/
[7] Article 50 in the Lisbon Treaty of the European Union governs a country’s exit from the Union. The country wishing to leave must trigger this clause and then has a two-year window to negotiate the terms of that exit. This podcast from the BBC provides a useful guide to the legal intricacies of BREXIT http://www.bbc.co.uk/programmes/b07kdsdl
[8] Passports for financial services refers to an agreement that financial institutions licensed to operate in one country can automatically offer similar services in a second country.

Andrew Powell is the Principal Advisor in the Research Department (RES). He holds a Ba, MPhil. and DPhil. (PhD) from the University of Oxford. Through 1994 he dedicated himself to academia in the United Kingdom as Prize Research Fellow at Nuffield College, Oxford and Associate Professor (Lecturer) at London University and the University of Warwick. In 1995, he joined the Central Bank of Argentina and was named Chief Economist in 1996. He represented Argentina as a G20/G22 deputy and as member of three G22 working groups (on crisis resolution, financial system strengthening and transparency) in the late 1990’s. In 2001, he returned to academia, joining the Universidad Torcuato Di Tella in Buenos Aires as Professor and Director of Graduate Programs in Finance. He has been a Visiting Scholar at the World Bank, IMF and Harvard University. He joined the IDB’s Research Department in 2005 as Lead Research Economist and in 2008 served as Regional Economic Advisor for the Caribbean Region until returning to the Research Department as the Principal Advisor. He has published numerous academic papers in leading economic journals in areas including commodity markets, risk management, the role of multilaterals, regulation, banking and international finance.