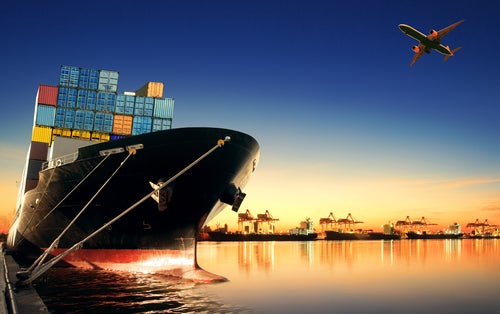 The IDB’s 2016 Macro Report Time to Act outlines the tough policy conundrum facing the region: low growth to 2020, monetary policy—where it exists—limited by higher inflation and many countries being forced into pro-cyclical fiscal adjustment. What can countries do to boost economic activity, lower the risks of a high debt-low growth spiral and defend the social gains made in recent years? Some call for “structural reforms” (that may mean many different things) but Latin America and the Caribbean’s experience here has been at best mixed—albeit frequently due to inappropriate or ineffectual application—and many such reforms that promise higher growth in the medium term may even reduce short-term economic performance.

The other big area to revisit is trade. Countries in the region have signed a spaghetti bowl of trade accords. Indeed, a large percentage of actual trade within the region already takes place under these agreements; thus, the region is actually not far from free trade—at least for the trade that exists. But a comparison with other regions shows relatively low levels of actual inter-regional trading, especially in intermediate goods, and very few regional value-chains— the deeper signs of actual integration. We are signing a lot of paper but we are not actually integrated and not then reaping the true benefits of free trade.

Latin America and the Caribbean’s position varies considerably with that of Europe or the United States. The UK is considering leaving the European Union, subject to the result of the Brexit referendum on June 23rd, even though the rest of the EU is its largest trading partner. Concerns regarding inward migration from poorer European countries and from areas outside the EU, coupled with allegedly inappropriate rules and regulations, emanating from what some regard as an unaccountable bureaucracy in Brussels, have led to a high degree of Euro-skepticism in the land of King Arthur. Even Prime Minister David Cameron, campaigning for Remain (i.e.: to stay in the EU) describes himself as a Euro-skeptic.

In the United States, Bernie Sanders and Donald Trump have gained popularity and have played the anti-trade card. Manufacturing workers have suffered competition from China and Mexico, employment in many traditional industries has fallen and real wages for such workers have declined. And the gains from trade in terms of more efficient production, and cheaper goods for all are more diffuse. Given rising inequality, there is a view that the winners have gained much while the losers have not been adequately compensated. Moreover, while some acknowledge that the success of the US economy is built on immigrants, others fear the consequences of the more recent wave—of both the legal and illegal variety—on the US economy and even its culture.

These issues are quite different in Latin America and the Caribbean. Many countries in the region have experienced outward migration (to the United States and to Europe) and while this may imply a brain-drain, the remittances sent home have been used to help family members, to start local businesses, and to finance investment. In some cases higher education abroad has helped build capacity if graduates return home to boost the productivity of firms or foment better government. In some agreements in the region such as CARICOM and MERCOSUR, there has been palpable progress towards free movement of labor. Argentines work in Brazil, Paraguayans in Argentina, and many other Caribbean nationalities live in Barbados or on the island of Trinidad. The region also has some measure of immigration from the rest of the world. To be sure, many issues surround migration in Latin America and the Caribbean but they vary significantly from those in the United States and Europe.

The role of trade is also different. Chinese products have entered the region but also compete with regional exports in third markets. While the United States and Europe have been able to refocus on higher technology, arguably Latin American manufacturing has suffered even more due to both Chinese competition and a commodity boom that drew resources away from other tradeable sectors. But now the commodity boom is over; Latin America and the Caribbean must refocus and boost non-traditional exports.

The region has tremendous potential. From agribusiness (in itself diverse including oils, high value fruit and wine) to aircraft to health-tourism and a myriad of other services and goods across the product space, there are many things that Latin America can and should develop. But the region needs to gain efficiency and scale to compete with global players and cannot afford to waste any opportunity to do that, particularly at home. In many cases, scale implies using many firms along a product production chain. In order to exploit such synergies deeper integration is required.

The region should revisit the trade agenda. A true Latin American and Caribbean free trade area, while not a novel concept, could spark much needed economic dynamism. It should also be accompanied with much needed investment in regional infrastructure to reduce transport and logistical costs. With around 530 million people, 78% living in urban areas and a regional GDP of around $5 trillion, Latin America and the Caribbean boasts a large domestic market and as a region is an important global player. Integration will not solve the whole policy conundrum, but it could provide a welcome shot in the arm for our firms, to help them become more efficient and grow in the world market and hence boost employment. It is the policy version of the proverbial low hanging fruit. Why not take it?