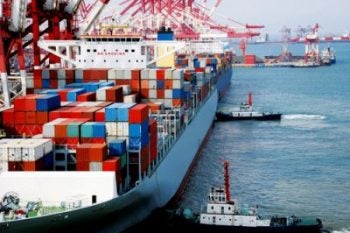 As Borges famously remarked, “Reality is not always probable, or likely.” So it seems in Latin America and the Caribbean: of all possible outcomes the one we have lived through is not the one many would have predicted. Moreover, as we look to the future, current forecasts display marked    differences across countries and are subject to very high uncertainty.

As this year closes and a new one begins let’s start with a few statistics. The simple average GDP per capita at PPP exchange rates of 26 countries in Latin America and the Caribbean is around US$14,000. Chile, Panama, and Uruguay have done remarkably well in recent years, with per-capita income now above $21,000 for all three and predicted to surpass $25,000 by 2020. Given strong growth in the 2000s after the disastrous 2002 crisis, Argentina has just breached the $20,000 mark and assuming it recovers from the current recession as predicted could hit $23,000 by 2020. Others have not done so well; for example, Venezuela’s GDP per capita has fallen from a peak of $18,600 in 2013 to just $15,000, according to this measure.

But how has the region done in relative terms? In Figure 2 I have normalized each country’s share of global GDP per capita by each country’s own average over the whole period, so if a country maintains its share (or in other words its income per capita keeps pace with the global average), the result is a horizontal line at 1.

This figure highlights the disastrous 1980s, the so called lost decade when the typical country in the region lost around 30% of its share of global GDP per capita and some as much as 50%. In the 1990s, the region lost a bit more ground and the 2000s, despite the commodity boom, was essentially flat. The remarkable feature from 2010 onwards has been the huge divergence. Panama, the Dominican Republic, and Costa Rica are the three countries with the highest final (i.e.: 2021 predicted) level compared to their period averages closely followed by Chile (which has lost some ground in recent years) and Peru, which has been a stunning performer since 2001 according to this measure; these countries have gained substantially compared to the rest of the world. At the other extreme Venezuela, Brazil, and Ecuador are the three countries that are expected to have lost most ground by 2021 relative to their period averages. Somewhat depressingly the simple average of the IDB’s 26 borrowing countries is expected to lose more ground relative to the rest of the world in the coming years.[1]

But such predictions come with a severe health warning attached. Six countries in the region are currently in recession (Argentina, Brazil, Ecuador, Suriname, Trinidad and Tobago, and Venezuela) and it is notoriously difficult to forecast growth when current growth is negative. While most analysts expect only two of the six to remain in recession in 2017 (Ecuador and Venezuela), uncertainty surrounds their (likely negative) growth and the strength of the recoveries in the other four. If the recovery in Argentina and Brazil is delayed such that each country loses one half of a standard deviation of growth over the next two years, then the total loss of GDP over the next three years would amount to 3.1% of regional GDP.[2] Growth in 2017 would be 0.7% rather than 1.7% as under the baseline. Naturally if the recovery is stronger than expected then regional growth would be boosted as illustrated in Figure 3.

And there is considerable uncertainty regarding economic prospects in the United States—absolutely critical for Mexico, Central America, and the Caribbean and important for virtually every country. The US President-elect has mentioned a set of ambitious policy actions on taxes, infrastructure, trade, de-regulation, and immigration reform to name but five potentially important areas. Actions that boost US growth should be positive for Latin America and the Caribbean, although the resulting higher interest rates would have a negative effect. But actions that close the United States to trade in goods and to people could be very negative for the region.

Countries will be affected differently. The impact on Mexico will depend critically on future trade relations given the huge importance of the United States to firms located south of the Rio Grande. In the Caribbean, the trade-off could be higher demand for exports including tourism versus the cost of higher interest rates that would particularly impact countries with higher debt levels. Commodity prices have risen since the US election given higher expected US demand (and despite the appreciation of the dollar and higher interest rates that tend to depress commodities) and recent OPEC moves to restrict oil production. Higher commodity prices provide a boost to several countries in the region, especially in South America.

But considerable uncertainty remains regarding the actual policies that will be pursued in the United States. This uncertainty is in itself harmful. Emerging market borrowing costs have risen, capital flows have fallen, currencies have depreciated, and there has been a notable fall in emerging economy sovereign bond issuance in recent weeks. While stock markets have boomed in the United States, arguably anticipating the best, emerging markets have reacted very negatively appearing to fear the worst.

As the gears of the complex US policy-making machine rotate and the actual policy-actions become better defined, uncertainty should subside. As Chairperson Janet Yellen stated, when the Fed raised interest rates on December 14th, future monetary policy will depend on what actually transpires and while now the median FOMC member expects three interest rate hikes in 2017 the famous “dots” graph reveals differences in opinion between FOMC members. Just like US monetary policy, economic prospects for the region in 2017 and beyond will be highly “data dependent.” Latin America and the Caribbean is accustomed to dealing with uncertainty; the coming years may test that resilience once again depending on how improbable is the reality that unfolds.

[1] While not the focus of this blog, this underlines the need to boost investment and productivity, especially given the predicted disappearance of a demographic boom that increased the contribution of labor in recent years – see Appendix A (pp65-69) of the 2014 Latin American and Caribbean Macroeconomic Report for a discussion.

[2] Half a standard deviation of growth is 3% for Argentina and 1.5% for Brazil. The total regional impact included the shock to each country and the combined impact on other countries in the region.