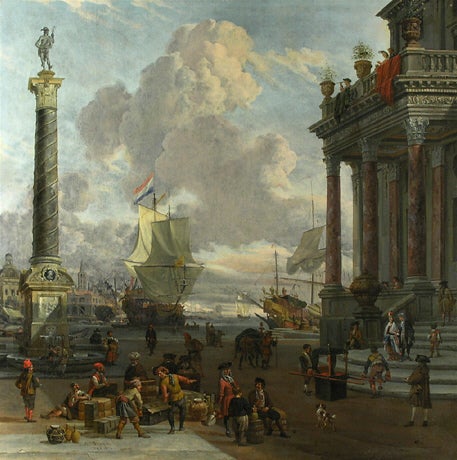 The policy recommendations of the IDB’s 2016 Macro Report Time to Act include deepening regional trade integration, a long-sought but still largely elusive goal.

A casual observer may wonder why that goal matters. Even though the Free Trade Area of the Americas process failed to produce an agreement, Latin America and the Caribbean have fared well until relatively recently and were largely spared the worst consequences of the Great Recession.

Besides, the European Union—the best-known and most ambitious attempt at regional integration to date—has experienced notable difficulties in recent years. Member countries have openly disagreed on major issues such as monetary policy, migration policy and the Greek debt crisis. Great Britain is even holding a referendum on June 23 on whether to leave the European Union altogether, and in more than a few countries local populations are voicing discontent with what they see as excessive intervention from Brussels in their economic, political and cultural affairs.

These developments hardly support the case for greater integration in other world regions. But extrapolating from Europe’s highly particular current circumstances ignores the vastly different reality of Latin America and the Caribbean and the gains it has yet to realize through greater coordination of countries’ efforts.

Two critical differences should be noted immediately. First, many of the EU’s current controversies involve the adoption of the Euro as the common currency in most of Continental Europe and in the Republic of Ireland. Countries using the Euro, however, vary greatly in the makeup of their productive bases, and their monetary union uneasily coexists with fiscal policies determined at the national level. Economic theory on optimal currency areas, and analysis by a number of contemporary economists, suggest that this arrangement is far from ideal and even inherently unstable.

Integration proposals for the Western Hemisphere, though—including the policy recommendations in Time to Act—wisely refrain from advocating changes in currency regimes. In fact, the issue is rarely addressed. This omission makes eminent sense in a region whose economies differ greatly in size, productive bases, and composition and size of imports and exports—and whose countries greatly differ in political culture and state capacity. Indeed, refraining from a specific prescription in this area also makes sense in an era when development economics has moved away from a “one size fits all” approach. Proposals instead involve less sweeping but more proven measures such as lowering tariff and non-tariff barriers and upgrading infrastructure on a regional and sub-regional rather than a strictly national basis.

A second and more tangible difference between the experiences of EU and those of Latin America and the Caribbean involves migration. Although the free movement of workers within the EU has previously led to localized discontent, Europe now faces the largest movement of refugees since the aftermath of the Second World War. Those refugees come from outside of Europe—particularly war-torn and impoverished countries of the Middle East and Africa—and EU members are publicly divided on how and where to locate them, and on whether to admit them at all.

Latin America and the Caribbean faces no comparable situation. In contrast to the nineteenth and twentieth centuries, migration now occurs overwhelmingly within the region rather than from outside countries. Workers and families often migrate to adjacent countries and frequently return to their home countries as household or host country conditions change. Their movements, moreover, generally follow economic trends rather than the immediate need to flee a war zone. Beyond current conditions, the region’s location between two oceans makes a large and sudden influx of refugees unlikely, so that policymakers and citizens will not be confronted with a predicament like Europe’s.

These crucial differences mean that integration efforts in Latin America and the Caribbean should not be discouraged by the EU’s current and highly specific problems. Other differences with Europe—and the United States—, as well as some of the region’s unique features, will be discussed in a second installment of this post.