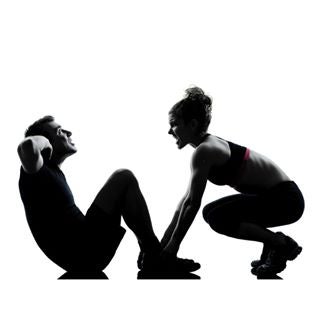 Sometimes we need a little push to do things that we know are good for us. We find a “gym buddy” to somehow commit to work out. Or we bet money with a friend on who will be able to spend a month without smoking. When it comes to saving, these nudges are also important for many, even if they are not aware of it.

Previous posts explored the main reasons why people in Latin America and the Caribbean save less than in other regions and how important it is to foster saving habits in children. What these posts suggested was that expanding the current supply of banking and financial products available to Latin Americans may not be enough to help them save more. Governments, regulators, and financial institutions have to take into account several behavioral constraints to save when designing and implementing financial inclusion policies.

Just like people who look for a gym buddy, those who know they have a hard time saving look for financial products that will provide them with a self-control mechanism, such as automatic enrollment plans. However, others are not fully aware of the biases that prevent them from achieving longer-term saving goals. After all, a saving plan is a commitment made today to be kept in the future. It is thus key to provide financial products that can help individuals use common deterrents such as procrastination and inertia in their favor.

Those who are present-oriented face a disconnect between their present and future self. For them, a financial product that allows their present-self to tie up the hands of their future-self could be extremely beneficial to increase their stock of savings. For example, a saving contract that includes penalties such as interest rate reductions or fees whenever the goals are not reached may help the future self to stay on track.

A seminal study showed that behavioral economics can be effectively used to design prescriptive policies that can foster savings. By offering people the option to commit in advance to allocating a part of their future salary increases toward retirement savings, the program “Save More Tomorrow”, implemented in the U.S. between 1998 and 2002, increased saving rates from 3.5% to 13.6% in 40 months. An increasing number of studies have since then started to test different products with different nudges and varying levels of commitment so as to be able to identify what works and how.

When the supply of formal financial products is limited, self-help peer groups have naturally emerged to provide financial services with built-in commitment devices. In these saving groups, individuals meet to make cyclical lump-sum contributions that are pooled and given to one of the members of the group in each meeting. These groups are usually formed within an existing social network, which guarantees that the commitment is binding. In Chile, a similar model of self-help peer groups was implemented among microentrepreneurs to encourage precautionary savings. Results from their experimental design show that the number of deposits grew by about 350% and that saving balances almost doubled.

Another option being developed in the region is commercial commitment products with a savings plan that states a goal to be achieved in a fixed number of installments. For those who keep up with their plan, the contract usually grants incentives such as preferential interest rates or participation in raffles.

Though they involve much greater levels of ex-ante commitment, default mechanisms can be effective to capitalize inertia to increase saving stocks, especially in settings less reliant on cash transactions and with high usage levels of electronic payment methods. Individuals who tend to prefer the status quo will find it harder to opt-out of saving. In this scenario, inertia will act as a constraint for the person to stop saving.

Even if individuals open a commitment account, they may still find it hard to set money aside and comply with their saving plan in everyday life due to lack of attention, for example. On a daily basis, people who are well aware of their bad memory or inattention resort to simple tricks, such as wearing a rubber band around the wrist or using a ring on the wrong finger, to remind themselves of certain events or tasks they have to carry out. Similar strategies such as reminders and nudges may help people achieve their saving goals. A pioneer study looked at the effects of monthly reminders with varying content in three countries: Bolivia, Peru, and the Philippines. In general, there was a 6% increase in saving balances due to reminders and a 3 percentage point increase in the probability of reaching a specific saving goal.

These are some of the issues that have inspired the Research Department of the IDB to focus the 2016 edition of its flagship publication, Development in the Americas (DIA), on saving.