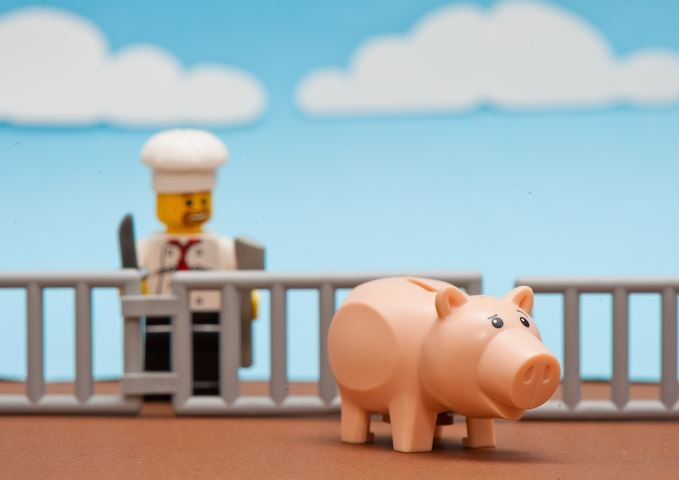 A piggy bank is a classic childhood favorite, one that has endured for generations. In the last 20 years, many children were encouraged to put away their pennies after getting to know the piggy bank Hamm, a character in the Toy Story franchise. But what may feel like a game to kids is in fact teaching them a very important habit that can set a country on a path to development: saving.

Putting money in a piggy bank can be the first step towards financial literacy, a key competence that many adults lack in Latin America. When technology makes financial processes and transactions more accessible, it’s important to start teaching these skills to the region’s population at the earliest possible age. That is precisely what several programs in Peru are doing with children in primary and secondary school.

When children grow up to become economically active citizens, their ability to save can be a development tool. In poor households, savings can make a big difference if a breadwinner loses a job, has an accident, or faces the consequences of a drought. Savings can also allow low-income sectors to manage risks more effectively, step out of poverty, and build a better life. Among better-off households, having money in the bank is important too, as they can make longer-term decisions and invest in a more productive way.

Self-control is a key aspect of the saving choices we make, as it is in many other aspects of our lives, such as starting a diet or studying for an exam. The earlier we develop it, the better: According to evidence from developmental psychology and neuroscience, the development of self-control is closely related to the development of the prefrontal cortex, which can begin as early as in utero and continues into early adulthood. Environmental factors can also have an influence, which opens up the possibility of conducting early interventions among children and youth, while the prefrontal cortex is still developing.

In Peru, a handful of initiatives to help children save are taking place. FINCA Peru is one of several microfinance institutions in the region that have promoted the development of saving habits among female microentrepreneurs and that, in recent years, have extended their focus to the children and grandchildren of these women. FINCA Peru has implemented a program developed by the international NGO Aflatoun to provide primary and secondary school students with social and financial education in rural areas, and it’s also giving saving instruments to its clients’ children.

Another example from Peru comes from the Adventist Development and Relief Agency (ADRA), which runs a village banking program in peri-urban and rural areas in the country. After a few years testing a pilot, the institution has launched a product designed to teach children saving habits by directly helping them save. The product is offered to their clients’ children and grandchildren who are 18 years old or younger, within the village banking methodology ADRA uses to provide credit and saving services. Children choose a specific saving goal and start a cycle of monthly deposits during the village bank meetings. They can’t withdraw their funds until they have reached their goal but, in the meantime, they earn interest as the funds can be used to extend loans to bank members.

ADRA also offers training catered to the mothers and grandmothers of the children, in which they emphasize the crucial role that they have in promoting their children’s saving habits. They have also provided kids with moneyboxes to help them achieve their goals and avoid the temptation of spending the cash between deposits.

Although the effect of the program has not been evaluated, the rapid expansion of the portfolio of underage clients is encouraging. Between December 2012 and June 2015, the number of children in the program has grown from 882 to 3,831 and total savings accumulated by these young clients has experienced a six-fold increase. As of June 2015, the average stock of savings per child was about US$28.

Working to develop saving habits in children means helping them generate new reference points that incorporate the concept of saving into their consumption decisions. Inertia, one of the psychological biases that have an impact on saving choices, can be tapped into for this purpose. Inertia means the current situation is perceived as a reference and any deviation from it is considered a loss. Taking an action that may impose a cost is a hard task.

This preference for the status quo can be useful to save because it leads to habit formation. Inertia is the reason a couple always has dinner at the same restaurant: They know they will like the food and the service there and so the place is a safe choice. When dealing with adults, inertia can be capitalized so as to make saving the default option through automatic discounts or direct deposits, among other options, as individuals who have a tendency to prefer the status quo will find it harder to opt-out of saving. In the case of children, though the evidence is still limited, the introduction of programs that can show youth the value of delaying gratification and thinking about their future seems an interesting strategy to promote higher savings in the region.

These are some of the issues that have inspired the Research Department of the IDB to focus the 2016 edition of its flagship publication, Development in the Americas (DIA), on saving.