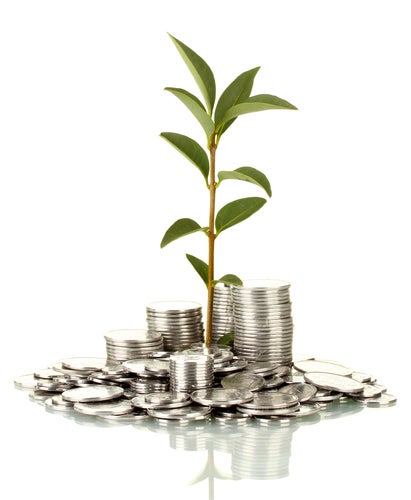 We buy everything we crave at the supermarket; purchase the latest electronic gizmos the minute they appear; and download movies on the internet with abandon. Then we wonder why we have no money for a new car or savings for retirement. What in the world is wrong with us? The truth is that we aren’t as morally weak as we think. Science shows that many of us are genetically wired to crave instant gratification, to fix on the present more than the future. Our brains’ prefrontal cortexes are different than those of instinctive savers. And today’s commercial culture, with its clever marketing strategies and one-click purchasing, is expert at exploiting our weakness.

The large numbers of people wired to favor the present over the future by both genetics and culture have contributed to savings crises in the United States and other regions, including Latin America and the Caribbean. Such people, unable to imagine the rewards of the future, not only spend like there was no tomorrow. They procrastinate, whether it be in starting a diet, writing a report, or putting aside money for difficult times. Moreover they have limited attention: they don’t consider things like taxes or other expenditures that could affect how much they will eventually have in hand. Stern reprimands about self-discipline make little difference.

In its efforts to understand why people lack restraint, act irrationally and undermine their own futures, however, behavioral economics has devised strategies that show promise in changing individual behavior. These strategies use people’s short-time horizons to their advantage, to actually encourage prudent behavior.

The key is getting people to make commitments they cannot break. A study in Malawi showed that farmers who were offered direct deposits from cash crop harvests in the countryside increased their total balances by 280 percent. But those who committed funds to an illiquid account from which they could not withdraw money until it reached maturity on a specified date, increased savings by 620 percent.

Recent efforts in Latin America, like similar ones in the US, also exploit people’s natural inertia. Participants who are paid their salaries through electronic transfers sign up to have a certain amount of their salary automatically set aside for saving. To stop the saving, they must actively opt-out. Because this would require them to plan ahead and make a decision – skills in which they are especially weak – they continue saving through lack of will, by default.

Meanwhile, young people, with brains that are still developing and malleable, are being taught the rewards of delaying gratification in hopes that they will become different adults. In Peru, a village banking program run by the Adventist Development and Relief Agency, for example, allows children to choose a savings goal, deposit money, and earn interest — all on the condition that they not withdraw any money until their goal is met. Children have flocked to the program. Between December 2012 and June 2015, the number of children in the program grew from 882 to 3,831 and their total savings rose six-fold.

The region still has a long way to go. According to at least one study, the tendency to only view the present is particularly strong in Latin America and the Caribbean, with about one-third of urban residents in Mexico, Peru and Brazil showing such psychological orientations. Pressure to assist other members in extended families serves as another drain on individuals’ savings, and financial literacy is low, so people have little idea of the savings options available in the banking system.

Ultimately improving financial literacy and saving habits among the young, as in the experiment in Peru, may represent a huge advance. It might not only improve savings. It might also contribute to better outcomes in schooling, employment, and standards of living, which are similarly linked to issues of self-control and planning. It could also have a beneficial “trickle-up” affect on the older generation.

Providing more formal instruments for savings through the banking system also is crucial. This requires systems that allow for a certain percentage of salaries, payments and other banking transfers to automatically move to illiquid accounts where they cannot be withdrawn in the short or medium term. The ubiquity of cellphones and the internet in the region could help in that regard. It could allow people to transfer money from a regular checking account to a more illiquid account with a few clicks, providing a cost-effective channel to help people help themselves.

Spending can be a source of great pleasure. It can give some of us the intense rush of feeling that eating, drinking, gambling and other forms of immediate gratification provide. We just need a bit of a push in the other direction. The tools, through new studies in neurology, psychology, and behavioral economics, are there. They only need be employed so that compulsive spenders everywhere can reign in their instincts, plan better for their futures and boost economies, like those in Latin America and the Caribbean, that are afflicted with low savings rates.