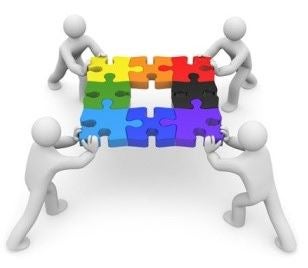 A recent report by AidData  (summarized in the Washington Post ) shows that Multilateral Banks “exert larger-than-expected agenda-setting influence on the basis of their financial contributions.” That is, institutions such as the IDB and the World Bank influence the setting of the reform agenda and help countries develop policies beyond what their actual financial contributions would suggest.

This is welcome news, especially to those of us who work in these institutions. As mentioned previously in this blog (The Weakest Link) and in a couple of policy papers  (Scartascini and Tommasi, 2014; Franco Chuaire and Scartascini, 2014 ) multilateral donors play a very important role in improving the quality of institutions in Latin America and the Caribbean (and in the developing world more generally).

In Latin America, the ratings of government capabilities are dismal, as is evidenced in the Figure

Government Capabilities in Latin America and the Caribbean

In particular, Latin America and the Caribbean ranked either last or among the bottom three in the indicators that measure congressional capability, judicial independence and civil service capacity. Therefore, room for improvement is vast. Too many countries in the region suffer from sub-standard congresses. Their legislators lack experience, expertise, and professional staff and, in many cases, seem uncommitted to investing in the capacities of the institution to which they belong. Too many nations are served by civil services where employment depends more on political patronage than merit or technical skills. With few exceptions, judicial independence is an oxymoron.  In several countries the courts are losing even the little autonomy they once had.

In this context, telling countries to reform, and writing new laws that look great only on paper tend not to work (see for example in this book  how different the actual networks work compared to the formal structure of government). Instead, the international community must help the region strengthen those institutions. It must help protect them from manipulation by the Executive of the day and work to increase their capacity and transparency. That doesn’t mean insisting on so-called “best legislation.” Ostensibly ideal civil service laws copied from other countries will prove meaningless in contexts where the political actors have every incentive to ignore them. Nor does it mean pouring in money for material infrastructure, like computers, that will have no effect as long as the institutions themselves are defective. Instead, it involves using expertise and financial influence to force governments to invite the opposition and as many other players as possible to the table in the interest of enduring institution building, accepting incremental progress and “safe bets,” and creating incentives that encourage political players to ignore short-term political temptations in favor of long-term consensus and cooperation. Importantly,multilaterals can become honest brokers that act as enforcement and commitment technology for the implementation and maintenance of political agreements among domestic players to build their country’s institutions.