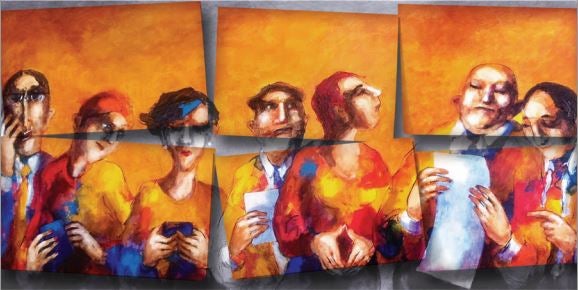 Why do bureaucracies get so bloated? Why have efforts to improve education struggled? Why have attempts at administrative reform failed? Such questions confound Latin American nations as they strive to make their social and economic programs more effective. They frustrate donor agencies as they watch their carefully-tailored technical assistance come up short. But they also stimulate a profoundly new approach to analyzing failures in Latin America and spurring the region towards improvement.

At the Inter-American Development Bank the new approach, based on political economy, has come to influence much discussion over the last decade. The idea, at its most elemental, is simple. Technical fixes may in theory, work perfectly if ministers make decisions based on technocrats’ recommendations and civil servants precisely carry out their orders. But in practice the technocrats often have little influence; decisions are taken outside officially established institutions; and civil servants, as well as plans, change over time, so that efficiency and efficacy suffer. As a result, it is not so much the technical design of new laws and regulations that matter. Nor is the central issue the content of policies. Latin America, after all, has taken radically different approaches to social, industrial and other types of policies over the years. What matters are the incentives, restrictions, and rules that politicians and civil servants face as they make and implement policy: what motivates them as they serve the public while trying to keep their jobs and maximize their power. Understanding those political conditions is crucial. It can allow donors to better help nations move toward effective policies that are stable, adaptable, and publicly-minded, irrespective of their specific content.

In a seminal recent book, entitled “Who Decides Social Policy,” the IDB tackles the political economy approach. It explains how political economy permits analysts to grasp the dynamics behind programs and reforms. And it shows how the approach   illustrates the characteristics needed by government institutions to carry out long-term policies, despite changes in government, that are of lasting benefit to a nation. The importance of well-institutionalized political parties; of an independent judiciary; and of a legislative branch with strong policymaking capabilities and the ability to resist a powerful executive are all discussed. So are the quality of those institutions in different Latin American countries and their relative strength in Latin America compared to other areas of the world.

But the book also adds an important and new element to our understanding: that of Social Network Analysis (SNA). SNA has great virtues. If a political economy analysis sheds light on the type of actors and political conditions that lie behind a policy or program, SNA tells us specifically who those actors are and what their relationship is to each other. It helps us discern who the real leaders are —as opposed to the officially appointed ones— in the broad network of power.  And it shows us who are the connectors, or brokers, with capacity to break the network and obstruct coordination if they so choose. In sum, SNA provides a highly detailed, telescopic view of the informal connections between individuals and institutions, which are imperceptible from analysis of the formal structures, and which can make all the difference in practice.

That level of detail is brought to bear to considerable effect in the book. Illustrative case studies, using SNA, reveal the surprisingly large influence of non-governmental actors in decision-making in Bolivia; how communication and coordination breaks down in a complex cash transfer system in Peru; and the benefits of a more streamlined structure in Bolivia’s Zero Malnutrition program.

None of this supplants traditional methods, of course. The IDB will continue to conduct detailed technical analyses of policies and programs in Latin America. But it will also use the political economy and social network approaches to bring sharp, complementary instruments of inquiry to the design, decision-making and implementation processes that lie behind some of Latin America’s greatest conundrums. Those analyses will not only help donors and policymakers realize where things falter. They can help identify the incentives that can push political actors to improve policy and the informal groups or networks that can be tapped to promote strategic partnerships, whether they be a group of ministers or a coalition of grassroots organizations. In illuminating how those dynamics function, “Who Decides Social Policy” seeks to bring new weapons to bear in the fight to improve economic performance and human development in Latin America.