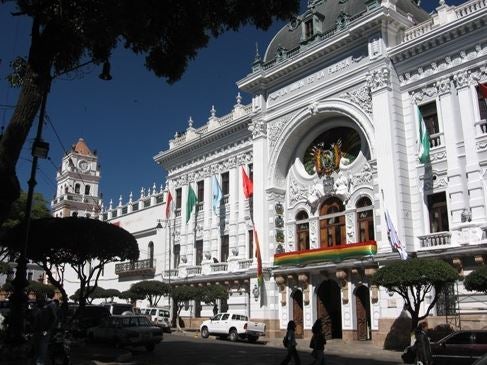 The gap between designing policies on paper and putting them in practice can be wide. So can the difference between the formal structure of power in a government and the way decisions are actually shaped. Latin America offers plenty of examples showing that what matters are not so much the technical aspects but the incentives, restrictions, and rules that politicians, civil servants, and other actors face as they make and implement policy. How to identify who matters in the design and implementation of public policies in the region is the topic of a new book by the IDB entitled “Who Decides Social Policy.”

The influence of the grassroots movements grew dramatically under the leadership of Evo Morales, himself a former cocalero union leader who became congressman and then the first indigenous president of Bolivia. In the almost 10 years since Morales took office, his government has introduced many reforms, including a new Constitution in 2009.

The government system ushered in by the 2009 Constitution promised intense collective effort. This would not be a top-down structure with the president unilaterally making decisions. Rather, agencies and ministries of similar status would work together in joint decision-making, with the vice president and president serving as final arbiters.

It has not worked out that way. Intended as a horizontally-structured system, Bolivia’s is in fact more vertical. In the first rank are the president, vice president and numerous grassroots peasant, indigenous, and workers movements. Ministries are farther down in the hierarchy.In “Who Decides Social Policy,” the IDB explains how political economy allows analysts to grasp the dynamics behind programs and reforms.

As explained in a previous post, the book turns to social network analysis (SNA), a technique that maps and measures the real, instead of the formal, relationships between individuals and organizations. Within a government, it tells us who communicates with whom. It tells us how information and resources flow, and who is at the center of decision-making and who is on the periphery. SNA has helped illuminate elements of the Bolivian government, especially the difference between the way it functions and the way it is supposed to function through its formally-established institutions.

Those differences can be stark. On paper, there are 22 key individuals or entities that help create social policies. In the real network, there are 65, making the lines of communication and authority more complicated and diffuse.

On paper, the ministries, with specialized and administrative skills, are powerful. In practice, they play a much less significant role. In the real network, the grassroots organizations, the president, and some vice ministers are the core of the network. Also, grassroots organizations and the president are the main producers of social policy ideas. Technical actors, on the other hand, are usually just consumers of ideas. In terms of political and institutional authority, grassroots organizations and the central government are in the center of the network, but they’re not the only source of power. The vice president and unions, for example, have relevant roles too.

This diffusion of authority in Bolivia, with many external actors, fosters bureaucratic instability. The information produced and gathered by the grassroots organizations can be very valuable for policy decisions, as they can channel the demands of recipients of public goods better than public officials can surmise them from the capital. However, it doesn’t work well if this is not part of an organized and coordinated process. Overall, limited coordination tends to undermine public policies that are not as efficient and effective as they could be.

What can be done? The legal tools are already there. The key is to organize the technical cooperation among social entities, and if production and circulation of ideas is organized to stimulate cooperation among actors in the process, the formulation of social policies in Bolivia would become institutionally stronger, with positive consequences for public policies.

“Who Decides Social Policy” includes two other illustrative case studies, also using SNA. One reveals how communication and coordination breaks down in a complex cash transfer system in Peru, and the other explores the benefits of a more streamlined structure in Bolivia’s Zero Malnutrition program.