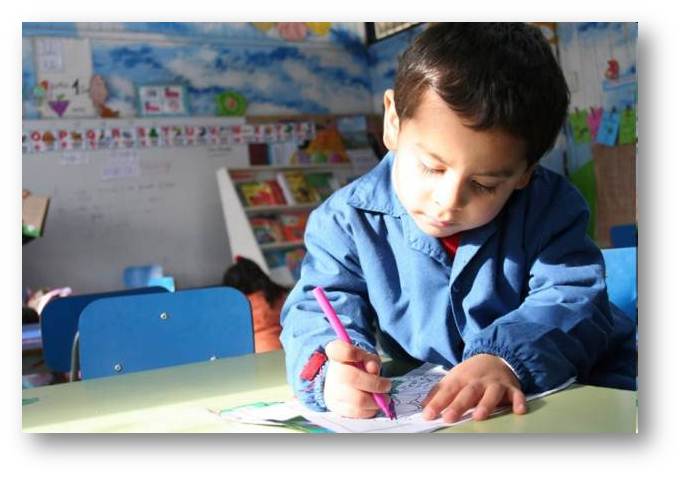 Over the course of the last five years, I have been working on a project to measure child development outcomes in four countries in Latin America. This may not sound like that big of a deal, or even that necessary. But it is. On both accounts.

Early childhood development is in vogue these days. Nobel prize laureates like James Heckman have talked about it, President Obama has made it a signature issue, and President Bachelet in Chile won a second term largely based on the results she achieved in this area the first time around.

Why all the noise?

Some of you might remember an ad that years ago made the connection between your brain (a raw egg) and your brain on drugs (a fried egg)? Brain research has come a long way in the almost 25 years since the fried egg ads were launched, but the image still holds. We know that brains come in all shapes and sizes. We also know that brains, particularly young brains, need to be nurtured and stimulated.

When we are born, all major organs are fully developed. With the exception of one: the brain. From birth to year three, 80% of its development occurs. Many basic aptitudes are developed between years three and six. What goes on during these early years has life-long consequences. This is when the architecture of the brain is shaped and the foundation for future learning, behavior and health created. Whether this foundation is resilient or fragile, impacts how a child grows and what she or he achieves as a productive adult.

Lack of adequate care and stimulation can fry a brain. Particularly a very young brain. Just as the fried egg is “done” – it can’t be scrambled or poached or boiled –  a fragile foundation limits life’s possibilities.

The Regional Project on Child Development Indicators, or PRIDI for its acronym in Spanish, sought to measure development in children 24 to 59 months and to understand the factors impacting their development. It created, for the first time, data on child development that are comparable not only within countries, but also between countries. Much like regional and international efforts to measure and benchmark the quality of education (e.g., LLECE, PISA, PIRLS and TIMSS), PRIDI provides an empirical baseline for understanding levels of differences in child development in Costa Rica, Nicaragua, Paraguay and Peru. There is considerable variation in the results, but several striking commonalities as well. The results will be formally presented on 11 December in at the Bank’s Headquarters in Washington.

But here’s a sneak preview.

Nurturing and stimulation matter a whole lot for child development. What parents do – whether they read to their children, sing with them, tell stories, play – bears an important association with a child’s cognitive, language, motor and socio-emotional development. Gaps between children in nurturing environments and those who are not are evident in PRIDI’s youngest children (2 years) and don’t close as these children age. In some instances and some countries, the gaps grow over time. Child development is unequal. Un-nurtured children do not perform at the same level as their nurtured peers and they probably won’t ever catch up. Lack of nurturing fries young brains and limits present and future possibilities.

The good news: nurturing a child doesn’t seem to be that hard. Quality interactions between adults and children do not necessarily cost a lot of money and aren’t limited to the rich. Sing, read, or play.

In subsequent blogs, I will discuss more specific findings.