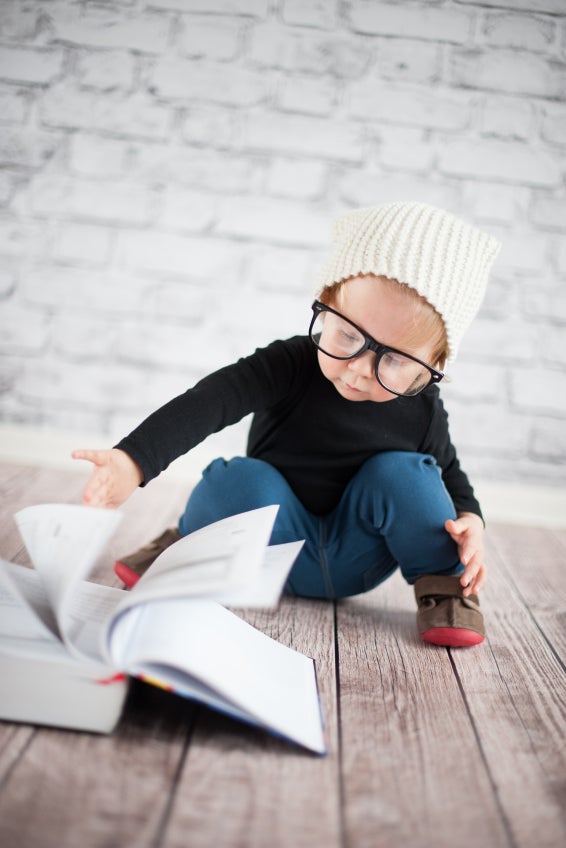 Our brain is not wired to read. Written language is an invention. An invention that, in the words of the poet Francisco de Quevedo, allows us: “listen with our eyes to the deceased.” In the 21st century, the ability to understand what we read has become the most fundamental of all academic and work-related competencies. If our students do not understand what they read, only little can be done to improve their performance in other subjects, such as mathematics, and natural and social sciences. Students have to learn to read properly so that they can, later on, read to learn.

The written language is a fairly recent invention, which basically consists of the codified transcription, although imprecise, of our oral language. And it’s not only a recent invention; it’s an invention that only few civilizations achieved. Although all human groups have an oral language, only a few of were able to codify it into a written system (some 200 of approximately 6,000 languages.) The archeological evidence shows that the first to achieve this were the Sumerians, followed by the Egyptians and the Babylonians (between 3200 and 2400 AC.) In the Americas, the only pre-Columbian culture to develop a complete written system were the Mayans, between 200 and 300 AC (recent discoveries suggest an even earlier date.)

The oral language, on the other hand, is in our DNA. We are born to talk; it is instinctive. This “language instinct,” according to Pinker, is a successful biological adaptation that became genetically codified in our brain and that has only been discovered in our subspecies, the homo sapiens. Experts estimate that it emerged some 150,000 years ago in a group of humanoids who lived in East Africa and who later spread out across the rest of the world.

Learning to read entails what Stanislas Dehaene, a French cognitive neuro-scientist, calls “neuronal recycling.” Neuronal recycling consists of a process through which vast areas of our brain begin to perform functions for which they were not initially developed. Our brain, at birth, does not have areas or neuro-circuits especially designated for reading; learning to read alters the cerebral architecture and generates new connections in areas, which, before learning this new skill, did not communicate with each other.

The brain utilizes a complex web of circuits to read, located predominantly in its left hemisphere. The reading process begins in the occipital lobule, the area in charge of recognizing visual stimulations, such as faces and shapes. This is where the first big neuronal changes occur, as the visual cortex starts to further specialize and to become more precise, allowing it to recognize letters. The visual input then passes to an area, denominated by Dehaene as “the letterbox,” where knowledge of learned letters is stored. From that point, the input travels to, at least, two neuronal networks: one which allows ascribing meaning to the word, and another which enables the pronunciation and articulation of words. Reading consists of recognizing letters and how they are combined into words, and, thereafter, how they are connected with the sounds they produce and their meaning. Therefore, reading is not only a visual process, as it was once believed to be. It’s also an auditory process. Quevedo was right; we literally, “listen with our eyes to the deceased.”

An important change that occurs in the brain is in “the letterbox,” an area that only activates in people who know how to read. And it is only activated when the person reads letters which they recognize as belonging to their language. Dehaene explains that, for example, this area of the brain will not activate when a person that only reads in English, “reads” characters of another language, like Korean. In the following diagram, Dehaene explains how the brain areas responsible for oral language and recognizing visual stimulus are interconnected bi-directionally. The green and the orange areas of the diagram already exist in the brain of a child, that doesn’t yet know how to read, and are used for oral language. Learning to read consists of establishing bidirectional interfaces between the areas of oral language and the areas in charge of visual processing.

You can find an excellent explanation of this topic by Stansilas Dehaene himself in the video “How the brain learns to read.” Dehaene is an experimental cognitive psychology professor at the College de France and he is one of the most recognized experts in his field. As bibliographical reference, I recommend the book “Reading the Brain” (2009) of the same authors, which is also available in French as “Les Neurones de la Lecture” (2007). I was also informed that Siglo XXI Editores (Argentina) will be publishing the Spanish translation in 2014. I also recommend the book “The Language Instinct” by Steven Pinker, which offers a masterly explanation of the evolution of language and of language as a human instinct.

Now that we know how our brain learns to read, is there a method or methods to teach reading which are more effective? Which ones are less effective? What methods are we using in our classrooms? Do they take into account what we know about the human brain and how we learn to read? What countries are changing their curriculum to do so?

The answers to these questions will form the topic of the next blog post. Nevertheless, I would like to give you a sneak peak. Costa Rica is one of the first countries in the region to modify its curriculum to teach reading and writing in the first grades. Under the leadership of Minster Leonardo Garnier, the Superior Council for Public Education recently approved one of the most important curricular reforms for elementary school Spanish, based on the most recent discoveries about how the brain learns to read.

We are looking forward to your comments and questions to then include them in the next blog posts about reading and writing.

Horacio Álvarez Marinelli is a senior education specialist. He joined the Inter-American Development Bank (IDB) in July 2008 and is currently working at the IDB Country Office in Panama. Before being assigned to Panama, he was in charge of the education portfolios of Bolivia, Colombia, Costa Rica, Guatemala, and the Dominican Republic. Horacio served as Financial Director of the Programa Nacional de Autogestión para el Desarrollo Educativo of the Ministry of Education of Guatemala. He has also served as Officer in Charge of Finance and Accounting and Secretary of the Pension Fund of the Inter-Parliamentary Union, based in Geneva, Switzerland. Subsequently, from 2004 to 2008, he was Advisor to the Office of the Minister of Education, in charge of the modernization of the Planning and Finance Area and Director of Educational Planning of the Ministry of Education of Guatemala. He holds a Bachelor's degree in Economics and a Master's degree in Administration and Public Policy from the Lyndon B. Johnson School of Public Affairs, University of Texas at Austin, under the auspices of the Fullbright scholarship.