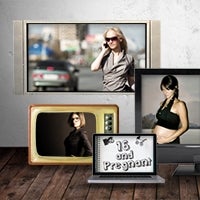 The images of women in the soap operas may not be all that flattering for a feminist: jealous, insecure, and beautiful on the outside if not always on the inside. So what if I told you that soap operas offer policy makers one of their best options for reducing gender inequality? Would you believe that this somewhat staid economist has taken leave of his senses?

Let me begin with a true story, and it is not about a personal addiction to Ugly Betty. This is the story of Suzanne Duryea, a colleague at the IDB and one of the economists that I most respect for her work on social issues in Latin America. This is the story of how her research documents a link between Rede Globo entering a new market in Brazil and subsequent declines in fertility rates, to a larger degree than a one-year increase in the education of the head of household.

And it seems to be that what drives the decline is the soap opera programming, which shows women characters with very low fertility. Of the programming analyzed, a stunning 72% of main female characters had no children and 21% had only one, a stark contrast to the average number of children in Brazilian households at the time.

But is this just Brazil? Or are U.S. audiences’ fertility behaviors also affected by a TV show? Melissa Kearney and Phillip Levine, two other economists from the University of Maryland and Wellesley College decided to look at the effect of a reality show that portrays the tough lives faced by teenage mothers in the U.S. The unpoetic name of the show is 16 and Pregnant.

The authors find that the reality –in its three spawn!-, led to “a 5.7% reduction in teen births that would have been conceived between June 2009, when the show began, and the end of 2010. This can explain around one-third of the total decline in teen births over that period”.

So, what to make of all of this? One lesson is it seems that some very serious economists are finding ways to justify spending a lot of time watching (and analyzing!) soap operas and reality shows. But I think there are three much more important lessons to be learned.

First, that entertainment programming really can and does change behaviors. But it doesn’t do so by preaching at the audience and telling them “don’t get pregnant”, but rather by showing them how glamorous their lives would be without children (Rede Globo) or how miserable their lives would be with them (16 and Pregnant). This is what edutainment is and what it can do.

Second, that there is no reason why edutainment programming should be limited to addressing issues of adolescent pregnancy. It can address a host of thorny gender issues in the region, ranging from violence against women to the sticky constraints that keep women out of the labor force or in low-paying jobs. Edutainment programming has the potential to revolutionize work on social problems in general and in gender equality in particular.

The third lesson? Nerdy economists do like soap operas.