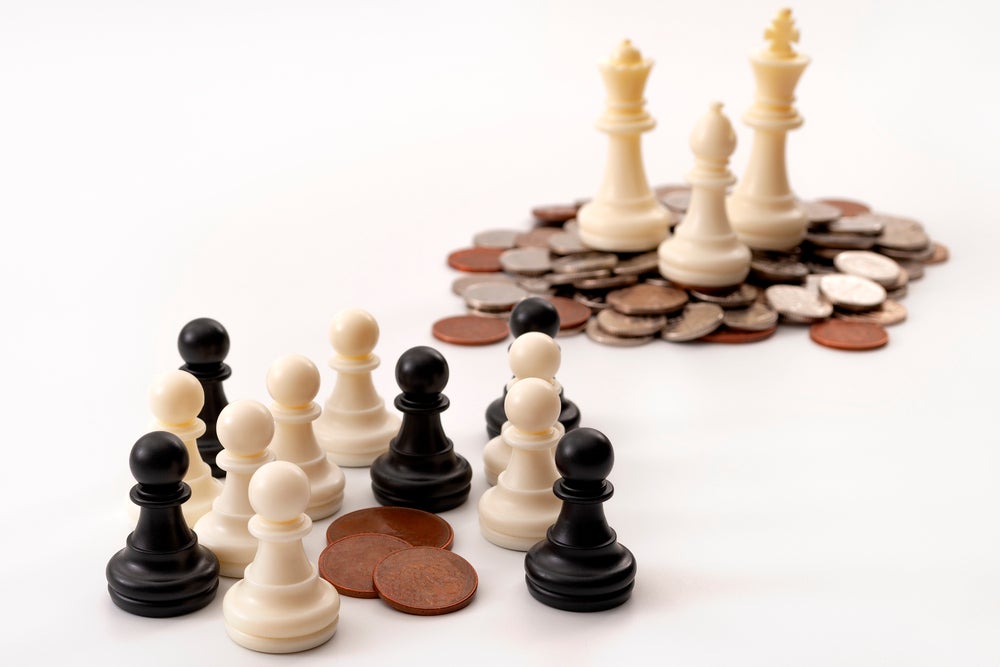 Hundreds of thousands of protesters have poured into the streets in recent weeks from Chile and Colombia to Lebanon and Iraq. Transport hubs have been destroyed, stores looted, and government institutions attacked. Dozens have been killed.

The immediate causes of the protests have been diverse, ranging from price hikes to rumored changes in laws affecting rights and benefits. But underlying them is a deep feeling that democratic systems have been hijacked by political and economic elites, that living standards have stagnated, and that the gap between rich and poor is far too wide. People are angry, and if they feel that the system doesn’t adequately represent them, they are not entirely wrong.

In a study done by Martin Ardanaz and I, we looked at one element of this problem. Traditional models of political economy predict that transitions to democracy will lead to greater economic redistribution. But in many countries, inequality has not decreased nearly enough to satisfy expectations.

The failure to raise income taxes

The reasons are wide-ranging and complex. But we focus on one important element: tax policy. We find that even developing countries enjoying a long period of economic advancement and economic growth have failed to sufficiently raise personal income taxes.

Lower- and middle-class voters can vote. If they can express their desires for fairer societies at the polls, how can perceived unfairness in tax policy persist?

One fundamental reason is the built-in bias in favor of elites in political representation. This bias, often baked into democratic constitutions, is known as legislative malapportionment. It refers to the design of electoral districts so that greater weight is given to districts with fewer people, and in our analysis, to those inhabited by elite and conservative forces. This ultimately gives those forces more leverage in the policymaking process. And it leads to a vicious circle in which people opposed to higher taxes and redistribution preserve their power. 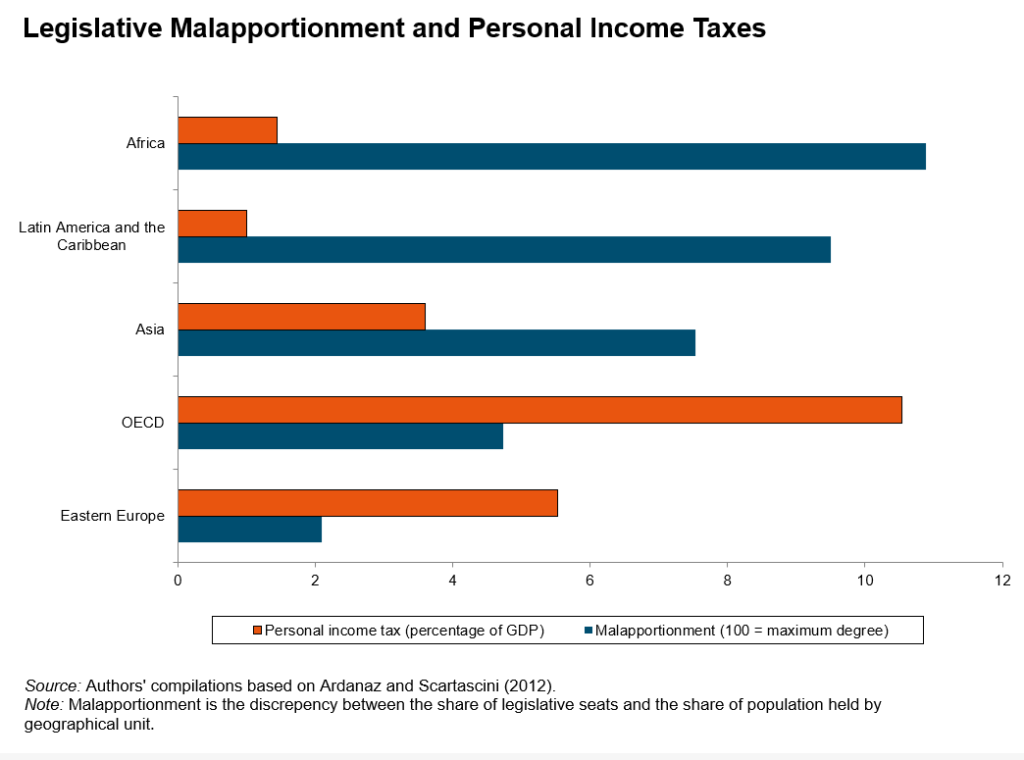 Creating bias in the system

Such bias was often established through new constitutions at critical moments in countries’ histories. These constitutions favored rural areas, inhabited by large wealthy landowners, over urban ones inhabited by working class laborers and middle-class merchants. They also at times favored conservative non-rural areas.

In Latin America, the period immediately prior to the democratic transition was a crucial moment in designing such systems. But examples of such bias can be seen throughout both the developed and developing world. In Australia, for example, the constitution established not only that that each state would have equal numbers of senators, but that it would have at least five members in the house of representatives, creating what scholar John May referred to as a pro-rural “tolerance” or “over-representation.” In South Africa, the democratic transition from apartheid was accompanied by a 1996 constitution that preserved minority white representation at the state level. That, given the federal nature of the system, also prevented fully distributive fiscal policies.

Perpetuating the link between taxes and inequality

Our study reveals that this dynamic is often self-perpetuating: Income taxes tend to be lowest in countries with historically high levels of inequality.

That is not to say, of course, that this is the only reason behind the highly complex problem of inequality. Nor is it to say that higher taxes are always the answer. Countries can clearly be harmed by increases in value-added or corporate taxes that create distortions that hamper economic activity and employment. And poorly designed social policies can repress hiring and fuel problems of marginalization and poverty.

It also does not mean that countries should immediately consider reforming their constitution. As we have said in the past, changing a constitution can be like opening Pandora’s Box. But when political systems are designed so that some groups have greater representation than others and hence a greater influence at the negotiating table, critical policies may fail to serve the interests of the majority. Dissatisfaction and apathy can result. So can protest and upheaval.