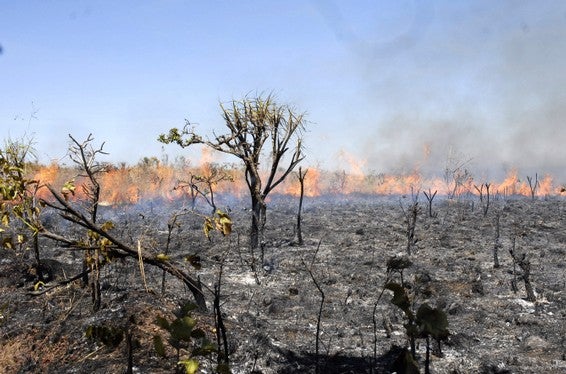 Latin America and the Caribbean rang in World Environment Day June 5th with much to celebrate. Home to the world’s largest expanse of tropical forest, its greatest species diversity, and some of its most abundant renewable energy resources, the region is ever more conscious of the importance of the environment to its future. Moreover, that awareness is spurring new initiatives to protect it. In 1992 Brazil hosted the Rio de Janeiro Earth Summit, which ushered in the first global efforts to reign in greenhouse gas emissions. In 2008, Costa Rica became the world’s first country to pledge to become carbon neutral, promising to use renewable energies and tree planting to balance its use of fossil fuels. Mexico led developing countries last year in making the first formal pledge on greenhouse gas reductions ahead of the Paris climate summit. And Brazil reduced its deforestation rate by more than 75% between 2004 and 2011, demonstrating how the creation of protected areas and better monitoring and enforcement could slash forest loss in the Amazon, the lungs of the world.

For all those achievements, however, Latin America and the Caribbean remains wedded to an unsustainable economic model. That model not only depends on the extraction of natural resources. It often does so in a manner as to make continued deforestation virtually inevitable. Between 2001 and 2012, for example, the region lost 36 million hectares (89 million acres) of forests and grasslands to crop and livestock production, according to the World Resources Institute. Species-rich woodlands in the Amazon, the Gran Chaco, and the MesoAmerican regions of Central America and Mexico fell to bulldozers, chainsaws and man-made fires. Millions of tons of greenhouse gases were emitted. Despite successful efforts to slow deforestation rates in much of the Amazon, South America from 2010-2015 continued to experience an annual net forest loss of 2 million hectares, a rate surpassed in the world only by Africa, according to the United Nations Food and Agriculture Organization (FAO).

A recent blog post examines the importance of inter-regional trade and integration to boosting economic activity in an era of low growth in Latin America and the Caribbean. The same principle applies to boosting environmentally-friendly activities in an era of forest loss. Cattle, soybeans and African-palms don’t have to be produced in recently razed tropical forests. Agro-industry doesn’t have to wipe wilderness areas off the map. The region already has tens of millions of hectares of marginal and degraded lands. It has territories naturally suited to such activities. The key is specialization so that areas that have a comparative advantage both economically and environmentally produce those goods and trade them, while more thickly-wooded and fragile regions concentrate on ecotourism; sustainable forest products, like medicinal herbs, fruits and nuts; or economic activities that don’t involve the forests at all.

The alternatives are stark indeed. If trends continue, livestock will become the region’s largest source of greenhouse gas emissions in Latin America and the Caribbean in less than 15 years, according to IDB figures. That will add strain in a region where temperatures already are expected to rise from 1 to 6.7 degrees Celsius by the end of the century. With more frequent and intense storms, floods, and droughts, greater numbers of people will be driven from rural areas to the cities. That, according to another recent blog, could intensify carbon emissions further as growing numbers of city dwellers consume more goods, use more appliances and increasingly utilize public transport. Urban sprawl will grow more severe. Traffic and congestion will worsen, and health and education services could be stressed to the limit.

To its credit, Latin America and the Caribbean is already working to address those issues. Countries are establishing regulations to limit greenhouse gas emissions under the terms of the Paris Agreement. Agro-forestry and silvopastoral techniques are being developed to grow crops and raise livestock, without clear-cutting, inside   forest areas. The pursuit of more sustainable cities is advancing. But the region also needs more specialization and trade to ensure that mass livestock and agricultural production occurs only on lands where it can be sustainably done. Without those changes, it risks destroying its incomparably rich environmental assets, exacerbating global warming, and harming the agricultural activities that could continue to play an important role in its economy.