Latin America and the Caribbean—like the rest of the world—is facing a challenge like none in its modern history. The coronavirus, with no vaccine or cure to curb it yet, has swept every continent, infecting more than 3.1 million people and killing more than 220,000 as of late April. Without a determined health response, it could have killed as many as 3.2 million people in our region. To their credit, most of the  countries in Latin America and the Caribbean have reacted with the seriousness the threat demands, enforcing partial or full lockdowns, with widespread business closures, travel restrictions, and other measures necessary to halt the virus’s spread and prevent greater economic injury.

Still there is no sugar coating the costs the region will inevitably bear. Already hobbled by virtually zero growth in 2019 and a slow recovery of an estimated 1.6% in 2020 before the disease hit, Latin America and the Caribbean could suffer a growth rate of between -1.8% to -5.5%, this year depending largely on the extent of the damage in the United States, Europe and China, according to our 2020 Latin American and Caribbean Macroeconomic Report: Policies to Fight the Pandemic. So far, the plausible growth scenarios are skewed to the lower end of this range for the region. Larger economies are expected to experience large losses in GDP, and in our region, as in others, the pain will be widespread. Taking into account just the external shock to demand, the fall in prices for commodities, the lower remittances, the lack of tourism, and the shock to trade and financial markets, the region will suffer a significant recession with major impacts on fiscal balances and real stresses on currencies and other monetary and financial indicators. We are experiencing a triple sudden stop of mobility, trade, and capital flows.

This will not be a recession like others either in its impacts or the remedies required. Stimulating demand through countercyclical fiscal and monetary policy, while valuable in a typical downturn, has to be intelligently adapted at a moment when social distancing requires business activity to come to a virtual standstill to protect public health. Initially, governments must adopt policies that allow people with lost income to buy food and other essentials and that minimize the number of firms that fire workers and are forced to close down. That could mean temporary, but well-targeted transfers to families, whether they are in the formal sector or not, with special attention to the poor and vulnerable. It could mean temporary relief to firms, including delays in tax payments and subsidized credit—all potentially forgiven if firms demonstrate that they kept their employees on. And it will entail significant measures by central banks to reduce interest rates and ensure that households and firms can access affordable loans. First and foremost, however, governments will have to invest in the healthcare sector so that health workers have the right equipment and hospitals are not overwhelmed. That will likely have to be financed through greater efficiency; by forsaking other expenditures through greater borrowing, if possible; or through exceptional temporary financing mechanisms. 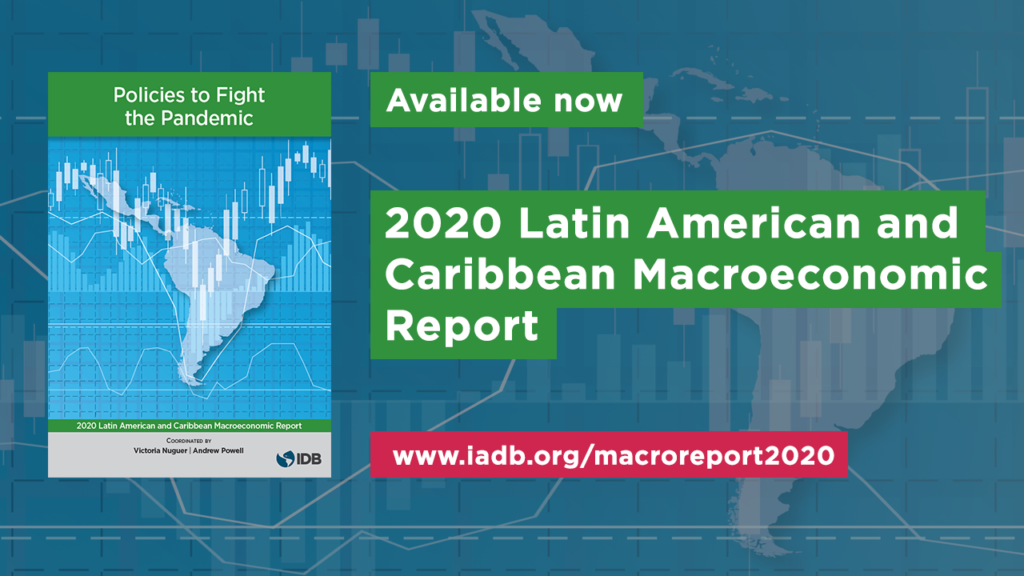 Latin America and the Caribbean may have to do more with less. The region does not possess the luxury of advanced economies able to employ large fiscal programs to support their economies for prolonged periods without significant threats to economic stability. Instead, efficiencies in both revenue and spending must be identified and resources saved and transferred to the most high-priority areas. Some countries, though not all, will be able to access markets and borrow without sacrificing sustainability. Still they will face higher financing costs. Commercial banks—most of which have substantial capital and liquidity buffers—could play a significant role in maintaining credit lines and extending liquidity to firms. Caution is in order to ensure they maintain adequate prudential norms.

The good news is that Latin America and the Caribbean fared relatively well through the global financial crisis of 2008/2009, avoiding financial instability and generally achieving a swift recovery. Some countries responded to that shock with a fiscal expansion that drove debt levels higher, but many of them subsequently pursued an adjustment to regain fiscal space. Most countries in the region have also established sound monetary arrangements with low inflation and relatively low interest rates. Banking sectors in general are strong, and most countries have built up reserve levels. The region, in short, has proven its resiliency and its capacity for sound monetary, financial and fiscal policies. All that will be extremely important for weathering the current calamity.

The international community is there to help. The IMF, the World Bank and the IDB group have all announced additional funding for borrowing countries. The IDB Group recently announced an additional $3.3 billion of available resources for additional spending this year, bringing the total lending program for 2020 to some $12 billion, with an additional $5 billion from IDB Invest to support the private sector. The U.S. Federal Reserve has extended swap lines to provide dollar liquidity to some larger emerging economies including Brazil and Mexico, and some countries have swap or credit lines with other countries, including China.

Only the future can tell, of course, whether vaccines or therapeutic drugs will be developed against Covid-19 or if social distancing, weather and other factors ultimately tame the contagion and allow the region’s and the world’s people to get back to work. If they do, however, timely and prudent policies implemented now in Latin America and the Caribbean may make all the difference, guaranteeing economic and financial stability and assuring that the core productive capacity of countries’ economies remains intact.