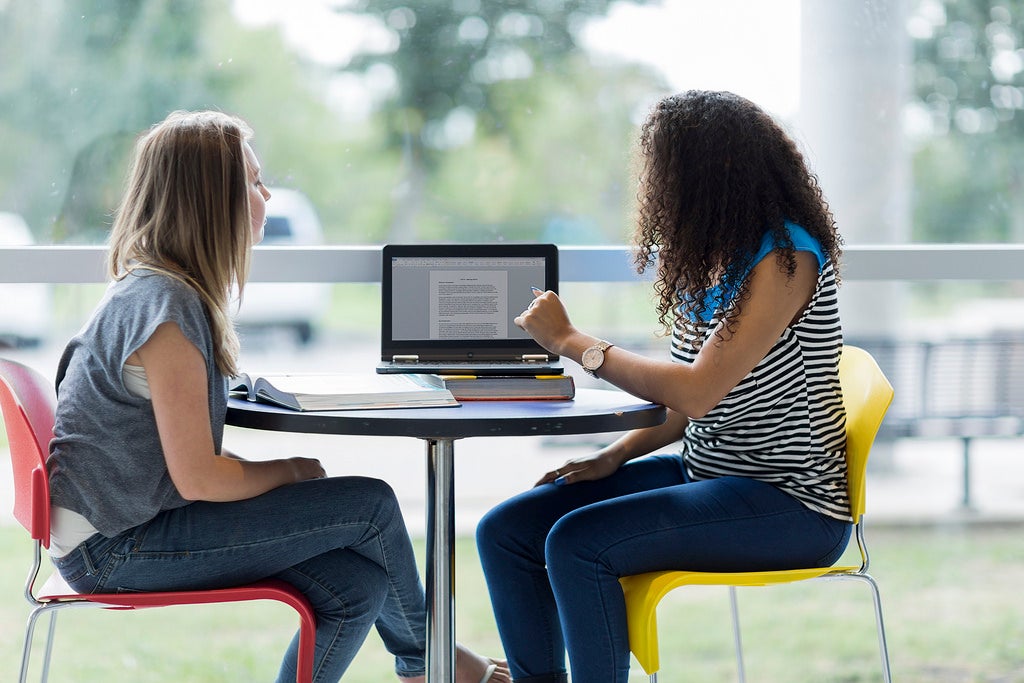 Sooner or later all teenagers consider who they want to be when they grow up. It is a defining moment for their sense of self and future, and intimately linked with their ability to seize what they want from life. Will I be a cabdriver or carpenter? Clerk or cashier? Or can I just as easily be an accountant, architect or engineer?

For middle class and wealthy children, these questions may be easier to answer since they are surrounded by adults with better information about the professions. They also have access to tools that help them figure out how their talents align with their aspirations. Poor children, by contrast, have less information from their surroundings and fewer resources, which makes their “aspirations window” narrower. A carpenter’s son, for example, may hope to follow his father into the trade. But he could become a successful doctor instead if he were more aware of his skills and potential.

This is the challenge. If policymakers are serious about fighting inequality, they should place particular emphasis on the inequalities that limit choices and investment in children’s education. If, on top of the financial and credit constraints they face, poor children are also at a disadvantage when trying to figure out where their talents lie and how to invest in them, breaking out of poverty becomes harder.

The process of applying in Mexico City to the final two years of public secondary school gave Matteo Bobba and I an opportunity to study the impact of teenagers’ biased perceptions about their own talents on schooling choices. Mexico City’s public high school system is divided into three different tracks, general, technical, and vocational, with entry into the general track the usual pathway for continued university study and advancement into the professions. Students applying to high school list up to 20 preferences, scattered among the three tracks, before taking an achievement test that, combined with their preferences, determines where they will be placed.

Looking at the previous round of the process, we noticed that poor students seemed to be at a disadvantage.  If we compared two students with the same test score but different socioeconomic status, the poor teenager would systematically apply to fewer options in the academic track. While this might indicate different schooling preferences, we suspected that part of the problem had to do with limited information about their potential. Without access to prep courses and tutors like their wealthier peers, they may have had less notion of how well they were likely to perform on the exam and little idea of what schools were within their range.

We decided to run an experiment that would reduce that information gap by administering a mock exam modeled on the real one at 90 middle schools in poor neighborhoods. By then providing feedback on the results, we hoped students would get a stronger notion of their ability to perform on the real test and a better sense of schools that matched their talents. On one hand, we hoped that children who underestimated their academic skills but had high ability would end up in the academic track en route to university. On the other hand, we wanted to help students who overestimated their abilities and were aiming to pursue an academic career but were better suited for a vocational or technical one.

Our hunch about the value of the experiment seemed to be on target. Administering the mock exam before students made their school choice appears to have helped the students make smarter choices. Students did not change the number of schools they applied to as a result of the exam. But, on average, they altered one choice, either modifying their preferences so as to substitute a general (academic) school for a technical or vocational one, or vice versa.

Over the long haul that is significant. More closely aligning academic skills with curricular choices improves student satisfaction and reduces frustration, potentially leading to lower dropout rates. It can foment a more efficient use of resources by students, families and the school system. And it may lead to higher wages and greater productivity for society as a whole as people concentrate their efforts in areas where they are most likely to succeed.

None of this, of course, in any way reverses the disadvantages felt by children in poor neighborhoods. Kids from impoverished homes, with less educated parents and substandard primary and middle schools, suffer handicaps that make it harder for them to manifest native abilities at age 15 or 16, irrespective of any effort to accurately measure those skills in the last years before university. Addressing that is far beyond the scope of a single effort. It is a matter of large-scale educational, social, and economic reform. However, the results of our intervention show that reducing the information gap for poor students and helping them to recognize their abilities contributes to a fairer society. Moving in this direction can lead to sizeable benefits that we hope to measure as we follow these children over time.