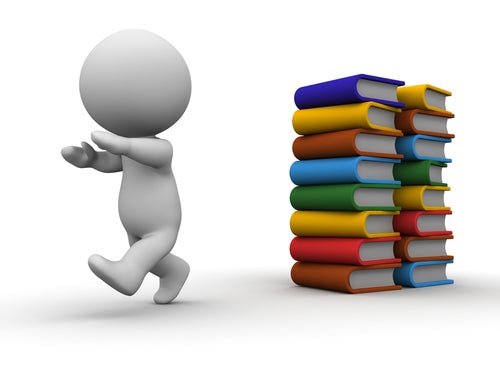 Over the last 25 years, Latin America has ramped up investment in education in a full-fledged effort to reduce poverty and spur economic growth. Today, primary school attendance is nearly universal, with three out of four children finishing primary school on time. At the secondary school level, meanwhile, the rate of on-time graduation has soared from an average of 30% in 1990 to 45% in 2010. Millions more children have been exposed to formal education than in previous generations.

But if coverage has significantly improved, the dropout rate at the high school level remains stubbornly high for a region that aspires to reach the standards of technical skill, problem solving, and innovation of those in the developed world. Moreover, it is steep for a region that seeks to use education to tackle poverty and inequality. Every year of completed high school education is associated with a 10-12% increase in wages. With only around one out of every two children completing secondary school—compared, for example, to 93% in South Korea—far too many young people are forgoing an opportunity for a higher income and professional status.

Much of the problem begins in primary school. Substandard teaching is failing to prepare students for the subsequent challenges of learning. In the 2011 TIMSS, an international exam of mathematics and science, some 43% of Chilean and 79% of Honduran 12-13 year olds failed to demonstrate the minimum skill level in math, meaning they were unable to conduct basic operation with whole and decimal numbers. (Less than 5% of students in South Korea and Finland failed to reach that level). Reading skills are similarly poor. As a result, many children are either bored or overwhelmed by education and decide to abandon it early on. It is thus not surprising that, as revealed in an IDB study, a full 20% of students who graduate from primary school do not enroll in secondary school. Of those that do, only 60% finish, with less than 1 in 3 students graduating on time in Costa Rica, Guatemala, Honduras, Nicaragua and Uruguay.

Competing economic opportunities are another problem. For young adults 15-17 years of age, job possibilities may open up in retail, manufacture or construction. These give them a chance to be independent or to support their families. In rural areas, and among males, the phenomenon is especially prevalent, helping to explain in part why residents of cities have a graduation rate 24 percentage points higher than those in the countryside, and females an 8 percentage point rate higher than males. Even in cities, the opportunity cost of staying in school rises as students get older. In Mexico, manufacturing plants, or maquiladoras, expanded after the North American Free Trade Agreement came into force in 1994. For every 25 new jobs created one child dropped out of school in the ninth grade rather than continuing on to 12th grade, according to a study by David Atkin.

One way of combatting the phenomenon is providing conditional cash transfers, which essentially pay students’ families if their children stay in school. Such payments have played a role in boosting attendance in primary school for children 6-12 in numerous Latin American countries. In Argentina, a recent study shows that they have raised secondary school enrollment for students 15-17 by four percentage points. They could successfully be expanded to the secondary school level in other countries of the region to profitable effect. However, they are costly and might therefore not be the most cost-effective option.

Most importantly, teaching has to improve. This may mean increasing wages so that quality professionals are not lured to medicine, law, or engineering and decide to become teachers instead. It may mean making tele-learning available in isolated rural schools, so that children, with the assistance of a trained facilitator, can access quality teachers by video, if not in person. It may mean setting up tutorials and parenting programs in cases where children clearly are struggling with bad grades, behavioral issues or absenteeism. It also may mean making greater efforts to identify what the labor market wants in a given area and teaching those skills so that students see the direct benefit of their education to their future. That, of course, includes socio-emotional skills, like the ability to work in a team, take orders and serve clients.

Education is the clearest route to a better destiny. It is key to greater productivity, innovation, and growth and essential to a more just society. Latin America already has made heroic efforts to increase primary school coverage. But while most developed countries have secondary school graduation rates above 70%, Latin America, at 45%, lags far behind. It now needs to focus on that area, on teacher quality and incentives that will propel students through secondary school —and even perhaps university—to a brighter and more prosperous future.