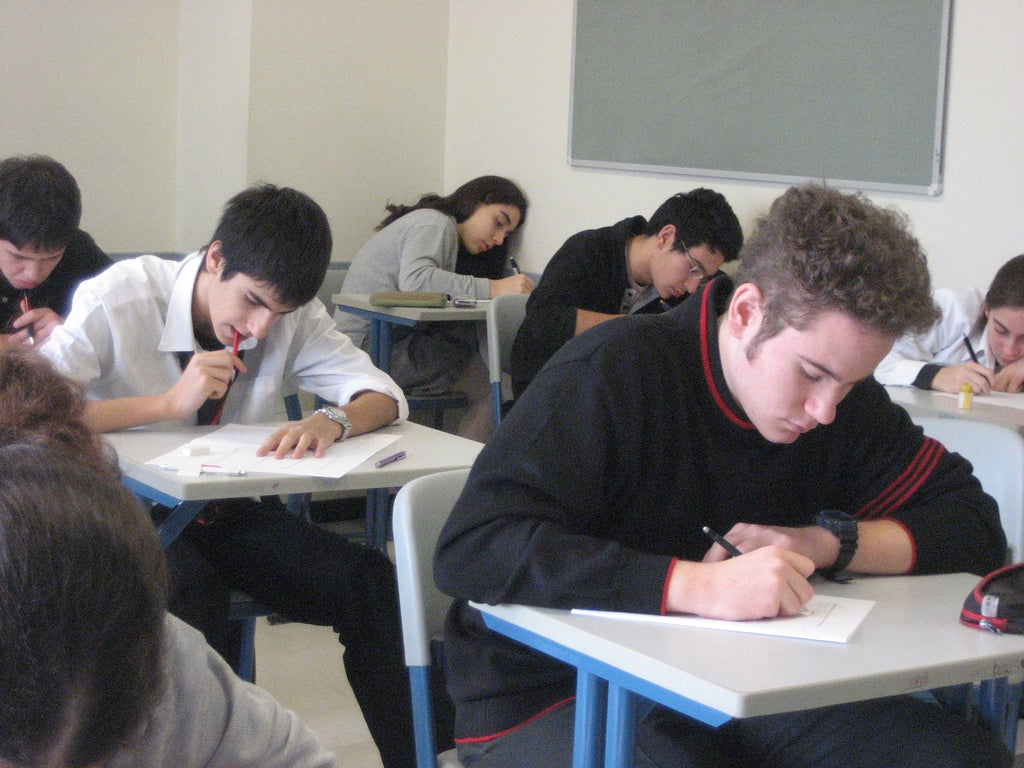 Over the last 25 years, Latin American and Caribbean nations have bet heavily on education as a route to more equitable and prosperous societies. Today, the region spends on average 3 percentage points more of its GDP on education than in the early 1990s, with spending fast approaching levels in the developed world. Enrollment in primary school has become nearly universal and soared for secondary school to nearly 80%. Education is understood to be a fundamental right. Millions of children, who in previous generations would have been consigned to a future of manual labor, have seen educational and professional opportunities significantly expand.

Nonetheless, the results of the recent Program for International Student Assessment (PISA) reveal that the region has a long road to travel to reach the educational standards of many parts of the developed world. PISA consists of tests in math, reading and science which are taken every three years by 15-year-old students and allow for cross-country comparisons and rankings. The results for Latin America and the Caribbean are disheartening at best. According to an analysis done by the Education Sector of the IDB, the 10 nations of the region are on average 2.5 years of schooling behind the average for the OECD, with low rankings in all three areas. In science, for example, the region occupies the bottom third of countries, with top performer Chile in the 44th position, compared to Singapore in the No. 1 spot, the United States at 25, and the Dominican Republic occupying the bottom at 70. Half of the students in the region, moreover, have not achieved the most basic science level, where they can identify an appropriate explanation, interpret data and identify the question addressed in a simple experiment. The results in other areas are similar: Some 46% of students in reading and 63% in math are not at the most basic level, according to a study by the IDB.

The reasons for these failures are complex, ranging from inappropriate parenting to low quality teaching. But the ramifications will stretch far into the future. If Latin America and the Caribbean is to attain the wealth enjoyed by developed nations, it will have to bolster education so that people enter the labor market with dramatically improved skills.

It begins at home. During the primary school years, parents in the region spend 4.5 hours a week on average helping their children with their homework, a figure roughly comparable to that of the United States. Moreover, they lay out on average around 6.5% of their household budget on skills-related expenses, including materials, transport and private school. That is slightly more than in the United States, though some of the difference lies in the higher percentage of the region’s households that send their children to private school. But parents in the region are unquestionably committed to their children’s education and success. It is unclear why that commitment does not translate into better results.

There are at least some signs. As revealed in an IDB study on early childhood, the incidence of harsh corporal punishment in eight countries of the region ranges from around 30% to 40%, treatment that some studies suggest can have lasting effects on learning and socioemotional outcomes lasting through adolescence and even adulthood. Moreover, there is great variation among countries and socioeconomic groups in the amount parents read to their children at an early age, thus helping them develop vocabularies and cognitive abilities.

Primary schools, meanwhile, frequently fail to prepare children for later years of school. An instrument known as the Stallings Classroom Snapshot helps analyze time spent in primary school classrooms. According to a World Bank study that utilizes that instrument, teachers in the region dedicate 25-35 percentage points less than the desired benchmark on instruction and 10-20 percentage points more on classroom management. Moreover, a high proportion of teachers, according to another study, teach incorrect information or fail to correct students when they make mistakes. Those failures build on themselves. Primary school students in the region generally perform poorly on international assessments of subject-based skills compared to those in developed countries.

By the time students reach secondary school, it can be hard to catch up, especially when some of the same teaching flaws persist. Some school systems, of course, are adopting innovative ideas and attracting talented teachers to boost their performance. And there is variation within the region. At a national level, for example, both Colombia and Peru have made significant improvements in all three areas of the PISA. Peru is among the six most rapidly improving countries of all those taking the exam. But at the current rhythm of improvement, Colombia will still take 29 years to achieve the average scores of the OECD and Peru, 21 years, according to the analysis by the IDB. Chile, which has shown no improvement in either science or math since 2000, will never reach the OECD average. Nor will Brazil, Costa Rica, Mexico and Uruguay.

The region must clearly work towards dramatic change in its education systems if it is to significantly reduce poverty and boost prosperity. Commitment is key. It is no accident that Singapore, which has dedicated decades at improving its education system, has moved from a largely illiterate society in the mid-1960s to an educational powerhouse with the world’s highest PISA scores. It will be a long journey that requires research, development, and the systematic use of evidence as argued in our upcoming flagship report “Learning Better: Public Policy for Skills Development” to be published by the IDB in mid-2017.