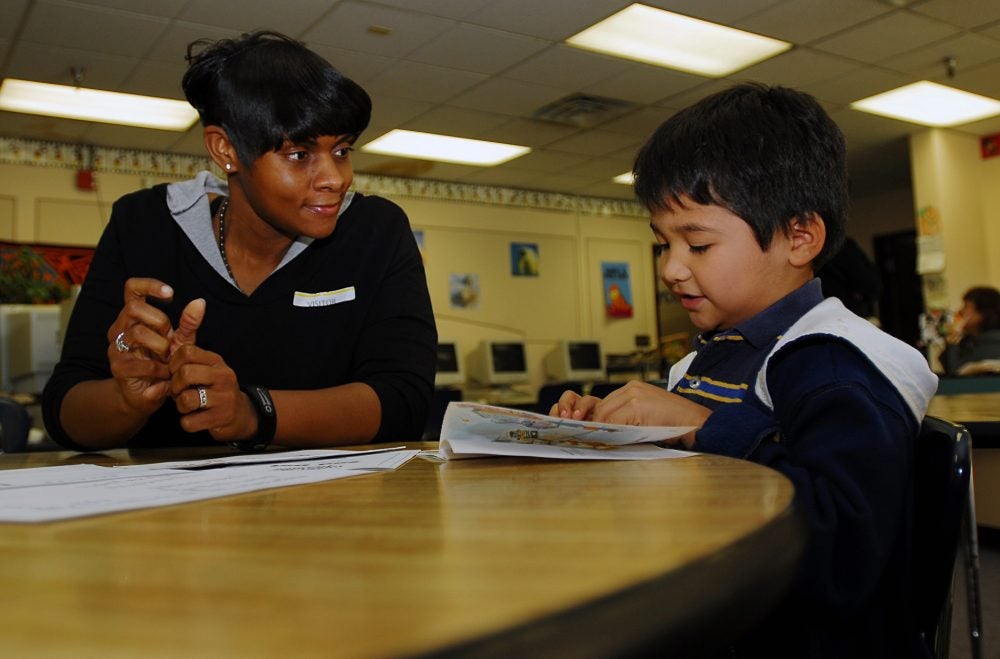 They labor in loud and unruly environments, with demanding and emotional people. They impose discipline constantly, and their wages are notoriously poor. Yet, according to data from a survey of 15 Latin American countries, an average of 98% of primary school teachers say they like their jobs.

If this seems surprising, it shouldn’t. Careers that help others and represent engagement in a meaningful pursuit are associated with high occupational happiness. A recently released report in the United States finds that at least 90% of teachers enjoy their work. Another U.S. study puts teaching along with creative pursuits, such as writing and painting, and socially-oriented professions, like the priesthood, psychology, and physical therapy, in the top ten of most rewarding professions. That’s a higher ranking than prestigious careers, like law, or better earning ones, like accounting and financial services.

Unfortunately, this passion is not reflected in educational progress— at least in Latin America and the Caribbean. Neither the enthusiasm of teachers, nor the high levels of investment in the region’s primary and secondary schools, have advanced educational achievement to where it needs to be. Secondary school graduation rates in Latin America at 60% are far below those in most developed countries. Even then, only 46% graduate on time. Large gaps in achievement persist between urban and rural students and those of high and low income. Overall performance is poor. The 9 nations of the region that took the recent Program for International Student Assessment (PISA) exams were on average about 2 years of schooling behind the OECD average in math and reading.

These shortcomings have a myriad of explanations, but they are at least partly due to a failure to take advantage of teaching’s enormous appeal. This need not be. Governments could capitalize on the great rewards of teaching to recruit a small force of part-time tutors to re-energize education. And those tutors could help close the gap between low income, low-achieving students and their more privileged peers while also helping avoid the costly and demoralizing repetition of grades, so often linked to dropout and other long-term failures in performance.

Moreover, this could be done in a cost-effective manner. An experiment in India used secondary-school graduates with only a couple weeks of training to teach small groups of roughly 15-20 students in grades three and four who had not mastered the basics in numeracy and literacy taught in the previous two years. With about two hours a day of tutoring devoted to specific weaknesses, students achieved large gains. These were equivalent to three months of additional education over a year. And at only $10-$15 in salaries for teachers each month, the costs were low, even by India’s standards.

Another study in Chicago, implemented intensive two-on-one math tutoring for disadvantaged minority 9th and 10th graders who were falling behind and in danger of dropping out. Having daily one-hour tutoring sessions, combined with cognitive behavior therapy, made the students advance the equivalent of three years of math study in a single year. There also was a remarkable improvement in the number of students on track for graduation, equivalent to an increase of about 14 percentage points in expected high school graduation rates. As in India, the intervention yielded large results for the investment, a result in part of using well-educated tutors willing to work for modest stipends.

Teachers’ unions need not feel threatened. Such interventions wouldn’t have to endanger teachers’ pay in any way. National governments could recruit recent college graduates interested in exploring the profession, much like the Teach for America program in the United States, but with the caveat that they teach after hours as a supplement rather than replacement of career professionals. School administrations at the local level could use posters at libraries and in school hallways to appeal to well-educated parents and other socially-oriented professionals eager to give back to the community. These would dedicate a few hours a week in assistance rather than compete with full-time staff.

Some experts believe that by high school, students who are still failing should abandon the idea of advanced education, that the return to investment is too low at that late stage of a child’s development to make much of a difference. This especially discriminates against children from poor backgrounds. Such students frequently get a late start because of the innumerable handicaps of poverty. They inevitably have a hard time catching up. But as the experiment in Chicago reveals, children with extra, individualized attention from eager tutors can overcome those handicaps. They can continue on in school, where each additional year of secondary education in Latin America and the Caribbean is associated with a 7% increase in earnings, and where current failings in education do much to perpetuate poverty and inequality.

Teaching is a fulfilling, often big-hearted profession, where the rewards of seeing children grow and flourish more than compensate for relatively low wages. Governments should take advantage of that reality to recruit the most qualified young people to the profession by advertising its personal and emotional benefits. They should honor teachers’ dedication and work to improve their pay. Yet their efforts shouldn’t end there. They can also appeal to well-educated people from all walks of life who might enjoy part-time tutoring and, in the process, help bolster a system where too many talented young people are falling through the cracks.

These and other related issues will be covered in our upcoming flagship report “Learning Better: Public Policy for Skills Development” to be published by the IDB in mid-2017.