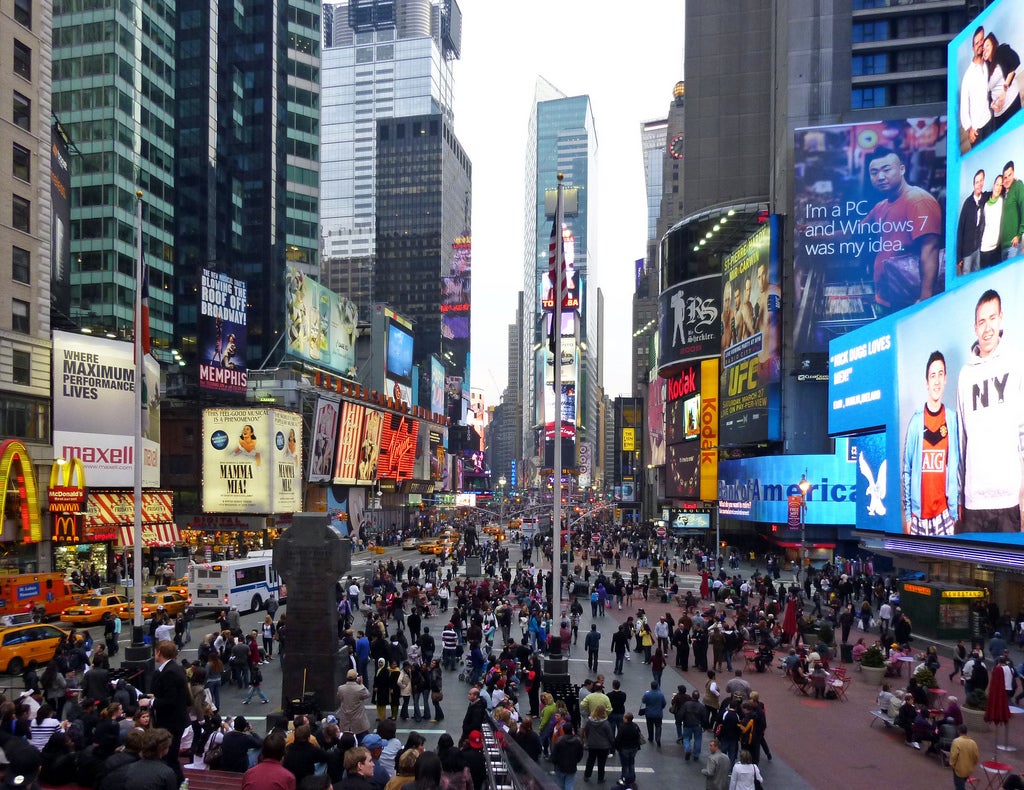 In 2007, Janette Sadik-Khan was appointed Commissioner of the New York City Department of Transportation. Stating that Sadik-Khan made a lot of changes to the city of New York throughout her six year tenure is an understatement. While managing nearly 5,000 employees and over 6,000 miles of streets throughout the city’s 5 boroughs, Sadik-Khan helped install hundreds of new bike lanes, introduced Citi Bike, the country’s largest bike-share program, and designed multiple pedestrian plazas, all while focusing on reducing the amount of vehicles on the streets of New York City.

Throughout her work, Sadik-Khan has taught us how to make it easier and safer to get around a city as daunting of a challenge as New York, by reminding us that people will walk and ride bicycles if they are provided with safe crosswalks and designated bike lanes. Sadik-Khan is known not only for pushing these ideas forward, but for designing and installing these projects quickly and efficiently. In doing so, she was able to design nearly 60 pedestrian zones throughout the city, including the transformation of the iconic Times Square, visited by as many as 480,000 people on a daily basis.

In this funny and thought-provoking talk, Janette Sadik-Khan, shares projects that have reshaped street life in the 5 boroughs, including pedestrian zones in Times Square, high-performance buses and a 6,000-cycle-strong bike share. Her mantra: Do bold experiments that are cheap to try out.

In the context of her participation as a speaker in this year’s Demand Solutions and the upcoming Cities Week at the IDB, we asked Janette Sadik-Khan, Principal at Bloomberg Associates, about her views on how to improve the quality of life in the cities we live in:

ESCI: The world—and particularly Latin America and the Caribbean—is becoming increasingly urban.   In your opinion, what makes cities unique places to live in?

Janette Sadik-Khan: For most of the last century, people didn’t have many options when it came to getting around. In too many places across Latin America and around the world, even the simplest, shortest journey required getting into your car. You couldn’t go pick up a pound of produce without dragging along two-tons of glass and steel, and living life was impossible without four wheels and a full tank of gas. So a big part of the reason for the resurgence of our cities is that they provide people with options: safe sidewalks, a connected network of cycle lanes and accessible public transit that gets people where they need to go. And as metropolises like Mexico City and Rio de Janeiro grow bigger and denser, we’re seeing increasing demand for this car free, people-powered lifestyle worldwide. As more and more people experience the freedom that our cities can provide, having to own a car will come to be seen not a key to mobility, but a barrier to it.

ESCI: We have become greatly dependent on technology for our daily lives. How can technology and innovation make cities more livable and happier places?

Janette Sadik-Khan: Technology has already transformed nearly every aspect of our lives, including how many of us get around. With a few clicks you can hail a ride, grab a shared bike, and find the quickest route in a city you’d never visited before. But out streets themselves are still stuck in the stone age—after a century of building wider roads, we’ve got little to show for it besides a lot more traffic. We’re not going to build our way out of this, so the key is use our most valuable real estate—our streets—more efficiently, turning them into safer, more vibrant spaces and engines for economic growth. Technology can help get us there. From improved data collection and real-time traffic management, to efficient enforcement tools like speed cameras, to one-stop-shop mobility apps that let people plan and pay for any journey on any form of transport with the touch of a button, we can end our addiction to highways by building bridges to the 21st century.

ESCI: Mayors from all over Latin America and the Caribbean will be present at Demand Solutions. If you could give a piece of advice to one of them on how to make their cities more efficient, what would it be?

Janette Sadik-Khan: No two cities are exactly alike, but there’s a universal truth no matter where you roam: if you design streets so that car-free travel is efficient and convenient, people will take advantage of these options, and leave their car keys at home. From Mexico City to Medellin to Rio de Janeiro and Buenos Aires, cities across Latin America are doing just that, and they’ve become global leaders in the development of safer, more sustainable streets in the process. With high-impact and low-cost treatments like bike lanes, pedestrian plazas and safer crosswalks and roadway markings, cities like this are transforming their streets almost overnight, and putting themselves on a path to a more livable and economically vibrant future.

Are you interested in how to make your city a city for people? On September 29th, join Janette Sadik-Khan and some of the world’s leading creative minds at Demand Solutions: Ideas for Improving Lives in Cities, a one-day event to discuss innovations and solutions to urban challenges. The event will take place at the Inter-American Development Bank headquarters in Washington D.C. Register here to attend or to join the livestream.