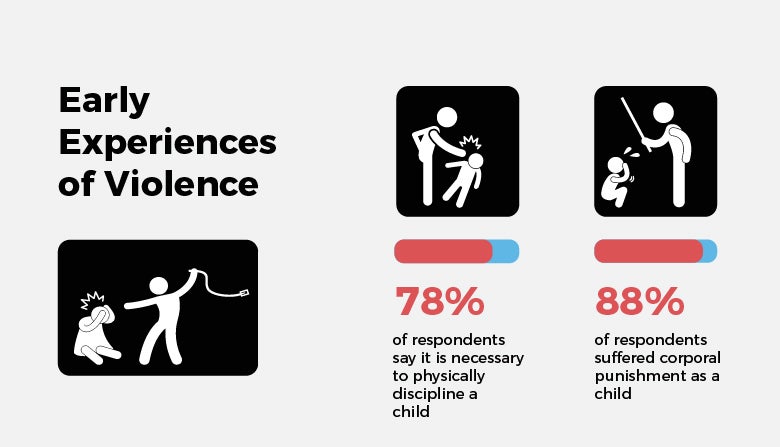 For young adolescents, violence now means violence later. What can we do about it?

In matters of crime and violence, age matters. Our recent study on Crime in the Caribbean found that youth are both more frequently victims and perpetrators – including homicides, assaults and threats, gang and school violence, and bullying. The study, Restoring Paradise in the Caribbean: Combating Violence with Numbers (executive summary here), also found that youth (ages 18–24) and young adults (ages 25–30) are overrepresented among victims and those arrested and imprisoned for violent crime, when compared with their proportion of the population.

A somewhat younger age cohort, adolescents 13-17, are less often perpetrators or victims of serious crimes, but are in a unique period of their lives when early experiences of violence and problem behaviours can become established patterns. This places youth and adolescents in a particularly important position as a key target group for focused interventions.

Exposure to violence in the home – whether children are victims of abuse themselves or witness violence against their mothers – increases the chances of youth becoming aggressive and perpetrating violence themselves. Different types of violence – by young people and violence against women and children – are interconnected. Extensive research now shows that physical discipline doesn’t actually work and only encourages kids to use violence to solve problems.

There is a common misconception that crime requires urgent repressive solutions and prevention can take too long and be too complex. However, focusing on targeted groups of youth – that are more likely to offend based on certain risk factors and intervening beforehand to improve protective factors (like good parenting), has been proven to work and can be more effective and cheaper than arrests and incarceration. Specifically, Caribbean countries should seek to:

1. Avoid what doesn’t work: international evidence shows that military-style boot camps, “scared straight” tactics, and drug resistance classes taught by police do not have a positive effect on youth offending.

2. Reduce violence at home and improve parenting: Strengthen and apply evidence-based models of family counselling and parenting programmes that help parents learn tools to raise and discipline children without violence, especially in areas with high levels of violence.

3. Tailor support for youth: Develop and implement risk-assessment tools to determine the level and specific risk/protective factors for beneficiaries of youth programmes. Individual plans and case management should be tailored to the needs of individual youth.

4. Improve the evidence-base in the Caribbean for programs that work in other contexts:  Some skills/job training and cognitive behavioural therapy (CBT) approaches have been proven effective in other countries (particularly when applied together). In addition to job training, CBT approaches target risk factors of impulsivity, anger, low empathy, and low self-control. These programs should be adapted, tested and evaluated in the Caribbean context.