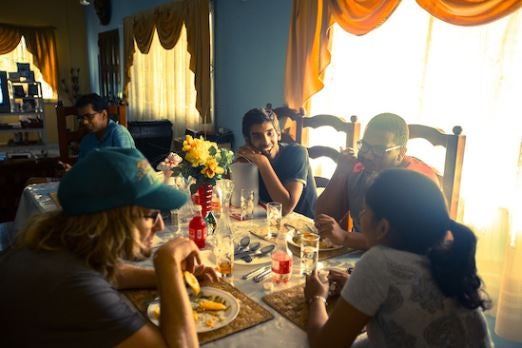 Most Caribbean governments now acknowledge that prevention should be used in conjunction with “tougher” crime suppression and deterrence measures.  So why does prevention get so little attention and even fewer resources? There is a common misconception that crime requires urgent solutions and prevention can take too long and be too complex. Prevention is not easy, but it may be easier than many realise. Focusing on targeted groups of youth – that are more likely to offend based on certain risk factors and intervening beforehand to improve protective factors (like good parenting), has been proven to work and can be more effective and cheaper than arrests and incarceration.

International longitudinal studies have consistently found that a confluence of risk factors is associated with later perpetration of crime and violent behaviour. While any one of them alone may not predict delinquency, a combination of many risk factors increases the likelihood of offending later in life. These include individual factors (low intelligence, low empathy, impulsivity) that are often combined with family and community factors (families with weak parenting skills, that are abusive and live in socially deprived areas), as well as peer factors (such as associating with delinquent peers). Similar findings have increasingly been found in studies in the LAC region.

A new IDB Working paper – Sex, Violence, and Drugs Among Latin American and Caribbean Adolescents: Do Engaged Parents Make a Difference? – examines some risky behaviours associated with later delinquency among adolescents in 15 Latin American and Caribbean countries. The selected risky behaviours were generally more prevalent in the Caribbean than in Latin America. However, in both sub-groups, having parents engaged in raising their children is associated with significantly reduced problem behaviours in adolescents.  This is in line with the international literature that shows that poor parental supervision is one of the strongest and most reliable predictors of problem behaviours and later offending – it typically predicts double the risk of delinquency (for an overview see Farrington and Welsh, 2007). Unfortunately, the IDB paper finds that engaged parenting in the Caribbean was particularly low compared to Latin America.

What should governments do?

While an array of programmes – like military style boot camps and drug resistance classes taught by police – have gained popularity, the evidence shows that they don’t make much of a difference.  On the other hand, programmes that do make a difference include courses to help parents learn how to raise their children, home visitation programmes run by nurses and school programmes that teach students how to have greater self-control and deal with aggression (see WHO, Violence Prevention: the evidence ).

Programmes that work in other contexts should be tried, tested and adapted in the Caribbean. Those that work should be part of a national strategy, in each country, to make sure that the most at-risk youth have access to them. However, it is fundamental that this strategy be driven by knowledge of what actually does work from careful and robust evaluations, not speculation about what should work.

*Part of ongoing research by the Caribbean Country Department’s economic team and the Citizen Security cluster (ICS/IFD) on violence, crime and values.