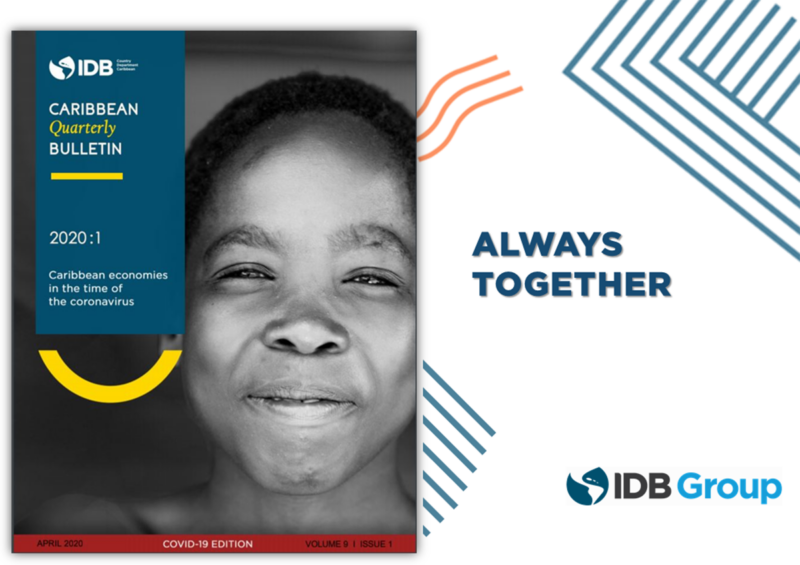 The Inter-American Development Bank’s (IDB) Caribbean Department has published a special edition of its Caribbean Quarterly Bulletin—also detailed on our new dedicated website—focused on the evolving economic and human consequences of the COVID-19 outbreak for the region.[1] Our team of economists from across the region has been advising IDB senior management and member-country stakeholders on the potential implications of the shock, as well as policy responses best suited to mitigating its effects. The focus is on reducing the human impact of the crisis—both lives and livelihoods are at stake. Highlights from the publication are outlined below.

Crisis-Driven Challenges. From an economic perspective, the report focuses on two broad challenges:

This special edition of the Quarterly Bulletin outlines key transmission channels for the ongoing crisis, and the broad policy options facing policymakers.

Growth of Tourism in the Caribbean. The significance of the sector for tourism-dependent economies is clear. The potential implications of the current crisis are, however, more difficult to determine. As a first step, the report highlights a new database for both air and cruise passenger arrivals going back as far as January 2000. Based on these data, we calculate that annual tourism arrivals increased appreciably from 2000 through 2019 for The Bahamas, Barbados, and Jamaica—by 73 percent, 37 percent, and 91 percent, respectively. 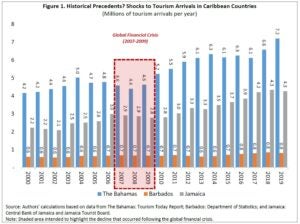 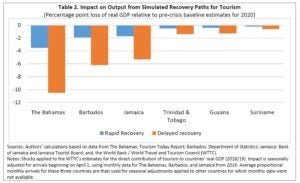 Shocks to Commodity Prices. As of April 17th, oil prices are less than a third of the level they were at the start of the year (Figure 2). Natural gas prices are down less substantially over the same period; however, there has been a longer-term secular decline in natural gas prices. In Trinidad and Tobago, where natural gas is ten times more important than oil, the combination of the price shock with the domestic economy effects of social distancing are hurting growth prospects. For Guyana, while prices for gold—the largest traditional export—have increased, oil production was originally expected to drive real GDP growth of over 80 percent for 2020; these estimates have been significantly revised. Gold is also the leading export of Suriname, but oil production is an important domestic sector. This coupled with a variety of domestic factors—foreign exchange shortages, political uncertainty and social distancing—are also having adverse effects on Suriname’s economy. 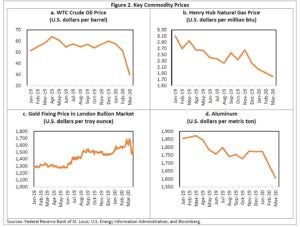 Crisis Implications for Financial Flows. In addition to tourism, another key shock transmission channel relates to financial flows from abroad. These flows can take the form of investments (e.g., portfolio or direct investment), other financing flows (e.g., debt), or transfers (e.g., official transfers or private remittances). The impact of the crisis on both foreign and domestic economic performance and capital markets will have implications for these flows. The report reviews these issues, with a focus on government and private finance, as well as in the context of the balance of payments. 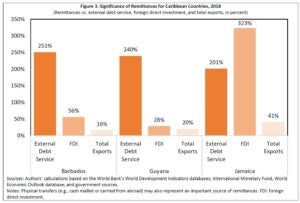 Country Specific Chapters. The report also includes country-specific sections focused on the implications for of the crisis for economic performance, as well as policy measures that have been announced and undertaken by governments since the outbreak. In the report, our country economists review policy options that remain available, and provide advice regarding some of the most promising, within the context of constraints facing policymakers (summarized in Table 3). 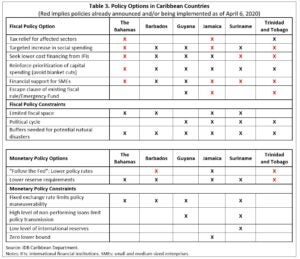 You can listen to more of our podcasts here.

[1] We refer primarily to the the six Caribbean countries covered by the Bank’s  Caribbean Department:  The Bahamas, Barbados, Guyana, Jamaica, Suriname, and Trinidad and Tobago.

[2] It is true, however, that there has been some variation for individual countries over other periods—for example, a deceleration of recorded arrivals to The Bahamas between 2013 and 2016.