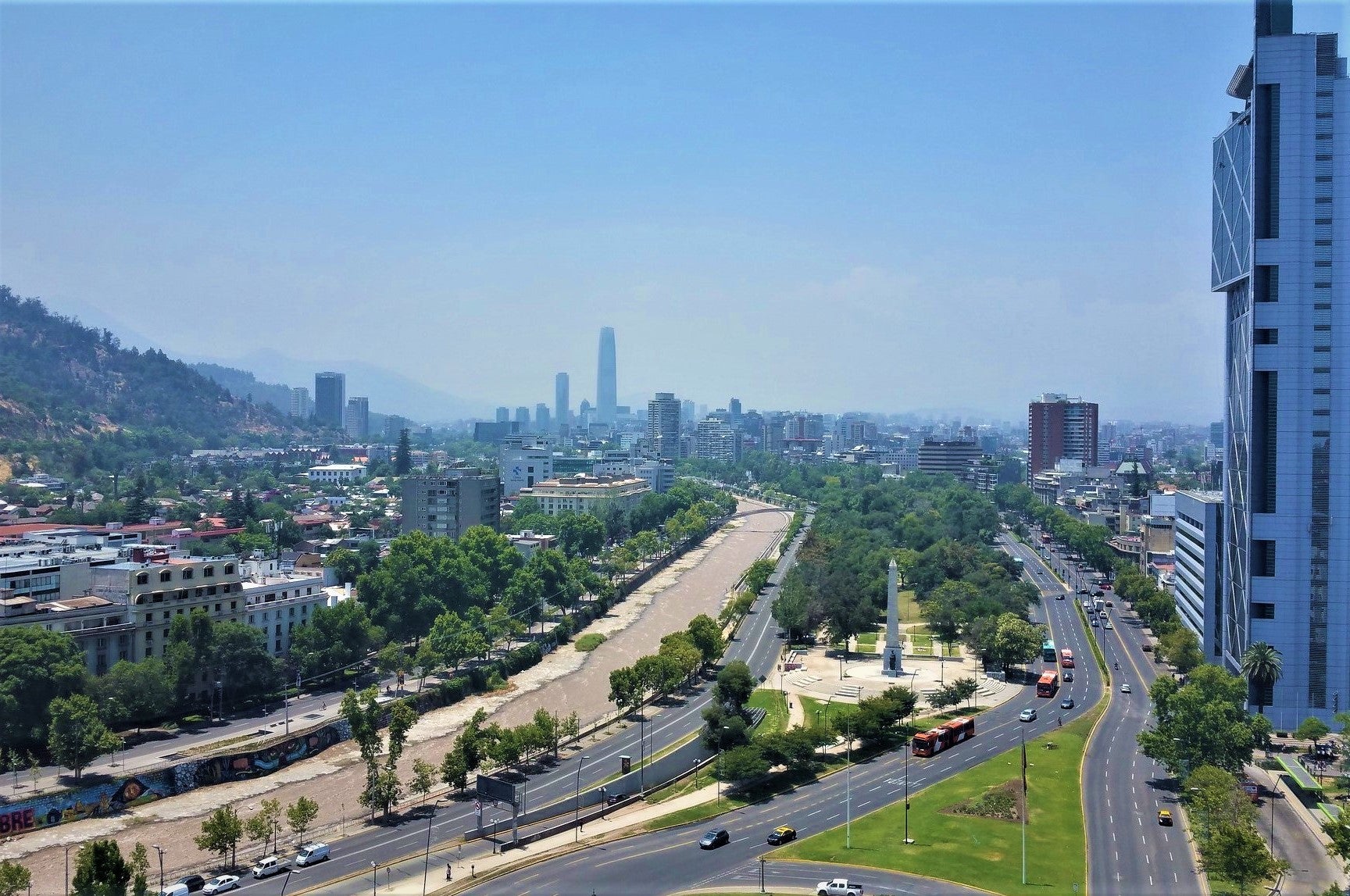 Latin America has become a global hotspot of the pandemic. The social and economic pain it inflicts only adds to the impacts of the climate crisis. This hurricane season, for instance, is expected to hit the Americas with twice as many major hurricanes of Category 3 or higher than in typical years. By the end of this decade, heat waves alone could destroy the equivalent of 2.5 million jobs in the region, affecting first and foremost informal workers such as street vendors, farmers and construction workers who cannot work if it is too hot outside.

So while the priority is to put an end to the health crisis, a critical question is how governments can best support a sustainable recovery. We should not aim at going back to normal. Socioeconomic systems and our interaction with the environment under the old normality gave us climate change, zoonotic diseases such as COVID-19, and the social inequalities that exacerbate vulnerability to both these calamities. A recovery that locks societies into a high-carbon pathway would make us more vulnerable to future climate change risks, including health crises, and make it costlier to reverse and reduce emissions later.

The potential to create 15 million net jobs in Latin America and the Caribbean by 2030, on the way towards a net-zero carbon economy, is perhaps one of the most appealing reasons to focus on a green recovery. Decarbonizing, or getting to net-zero carbon emissions, means reducing to near-zero levels carbon emissions from fossil fuels, deforestation, and industrial processes; and balancing the remaining emissions through reforestation and restoration of other high-carbon ecosystems. A net-zero carbon economy is technically doable and is required to stop the climate crisis, if done right, can come with net economic benefits.

All countries can take advantage of renewable electricity, now cheaper than fossil fuel alternatives almost everywhere in the world, to decarbonize electricity generation. They can use electric cars and electric buses, electric cookstoves and other electric technologies to make the most of decarbonized electricity and reduce emissions in other sectors, like air transport. In addition to being cheaper to own over their lifetime, electric vehicles may be worth promoting just based on their impact on local air pollution. Urban planning to reduce the need to use individual cars also reduces the prohibitive cost of congestion and accidents. Shifting diets towards more plant-based foods will reduce land required for grazing cattle and growing animal feeds, enabling a reversal of current deforestation trends. This would help preserve the region’s unique biodiversity treasures and pave the way for increased green tourism revenues down the road.

Despite the clear benefits of decarbonization, there are challenges. Both globally and in the region, current climate change plans do not add up to the emission-reduction levels needed to keep the global temperature increase below 2˚C, let alone 1.5˚C. They will need to be updated and aligned with the decarbonization objective. Existing regulations and business models are often biased in favor of incumbent technologies and against newer, zero-carbon solutions. Among others, governments will need to adapt electricity markets to facilitate the integration of renewable electricity and update bus procurement regulations to enable electric bus uptake. Finally, prices sometimes send the wrong signal: a few countries in the region still spend up to 10% of their national budget subsidizing fossil fuels, despite the long-known weight on public finance, the regressive impact on consumers, and the perverse incentive to pollute created by such subsidies.

Putting a price on carbon can be part of  the solution. Carbon prices can send a signal to companies and consumers to shift their production and consumption patterns. In addition, putting a price on pollution can be an important source of government revenue. In 2019, governments globally raised US$45 billion this way. Revenues can be used to support social protection or other development objectives, improving synergies between development and climate action. As a carbon price may also increase commodity prices (i.e. electricity and gas), a share of the revenue can be used to address any potentially negative distributional impacts, especially on low-income individuals and households.

Mexico, Chile and Colombia, use a carbon price as part of a broader strategy to decarbonize their economies. At the start of this year, Mexico launched its emission trading system (ETS) pilot program, the first of its kind in Latin America, initially covering the power and industry sector (around 40% of national emissions). Mexico’s General Law on Climate Change, which was amended to align with the goals of the Paris Agreement, provides the legal mandate for this mitigation policy instrument. The ETS pilot program will run for three years, giving participants time to familiarize with the carbon market, letting regulators test its overall design, and sending an initial carbon price through the economy.

In Chile, the Climate Change bill, currently under consideration by Congress, sets a carbon neutrality goal for 2050 and outlines provisions for emission reduction certificates that could be traded and used for compliance purposes with national GHG emissions standards. In addition, a broader tax reform in Chile this February also resulted in changes to Chile’s carbon tax, which now covers more entities in the power and industry sector and introduces the use of offsets as a compliance option in the future. In Colombia, the national climate change law set a three-year timeline for the development of an emissions trading system. It would operate alongside Colombia’s carbon tax and its offsetting program, which have been running since 2017.

Whatever policy packages are used to reach net zero, there will still be winners and losers. Paying special attention to low-income communities and to those workers with emissions-intensive jobs will be important as they will be the most affected by the low-carbon transition. For instance, coal workers and their communities may need financial support and retraining programs as economies decrease their reliance on fossil fuels. As part of their decarbonization strategy planning, Costa Rica,  Peru and Chile have held social dialogues and engaged with stakeholders (including other government ministries, broader civil society and the private sector) to ensure the political and local context are reflected in the policy design. Pursuing an integral sustainable development agenda that seeks synergies between social and environmental goals is essential for climate policies to be socially and politically feasible.

For an overview of existing and emerging carbon pricing instruments around the world, from taxes, carbon markets, to crediting systems and international initiatives, consult the 2020 State and Trends of Carbon Pricing report (Now in Spanish).

Marissa is a climate change specialist at the World Bank where she works alongside developing countries to help them design carbon pricing policies through the Partnership for Market Readiness. Previously, she worked on carbon pricing issues in Germany and Thailand, as well as environmental law and nature conservation work in both Thailand and Australia. She holds a Master’s degree in Public Policy from the Hertie School of Governance, as well as a BA/LLB from the University of Melbourne.

Marcos Castro is a Senior Environmental Specialist at the Carbon Markets & Innovation Unit of the World Bank’s Climate Change Group. He is currently a member of the Partnership for Market Readiness (PMR) Secretariat and manages technical assistance and capacity development projects on mitigation finance and carbon pricing policy in the Latin American region. Prior to joining the World Bank in 2006, he served as an advisor on climate change & sustainable development in the Ecuadorian administration, including as executive director of its National Clean Development Promotion Office and negotiator of the UNFCCC and other multilateral environmental agreements, and consulted for various regional development organizations (Andean Development Bank (CAF), Interamerican Development Bank (IADB), Latin American Energy Organization (OLADE), UN Environment Program) on carbon finance project development. Marcos earned his Economics Engineering degree (MSc) at the Universität Fridericiana Karlsruhe (KIT), Germany.