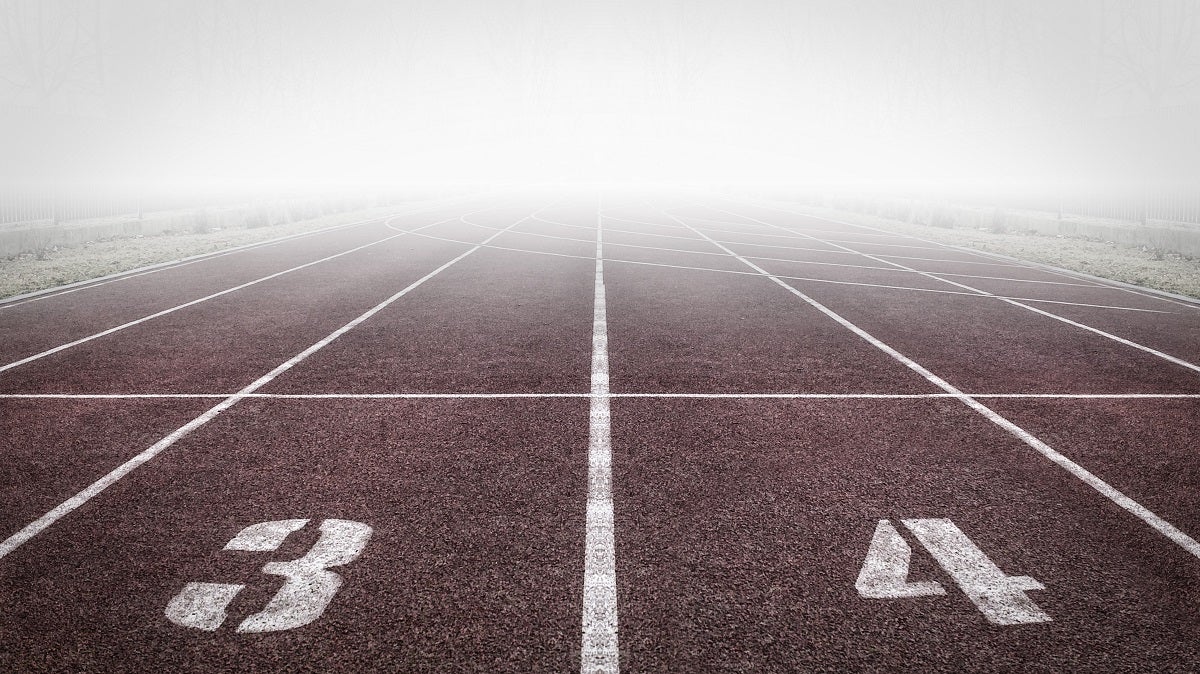 Following 25 months of uninterrupted contraction, exports of goods from Latin American and the Caribbean are growing again. After shrinking by 3.3% in 2016, cumulative growth between January and June 2017 was 13.2%. Similarly, exports of services, which had already picked up in 2016, grew by 9.7% in the first quarter according to the Trade and Integration Monitor 2017, a recent publication from the Inter-American Development Bank (IDB).

The recovery of Latin American exports was mainly driven by a price increase that became less intense in the second quarter of 2017 (see figure). Consequently, this trade recovery still seems fragile. It is therefore worth asking how the determinants of the region’s export performance might change in the medium term and how disruptive technologies might affect the future of Latin American trade. 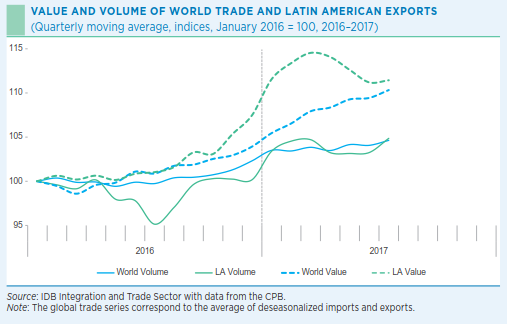 After the global financial crisis, world trade went into a phase of notable stagnation. During this “new normal,” any increases were far lower than was usual during the boom years at the start of the millennium. The region has not been unaffected by the characteristics of this new global trade regime. Between 2010 and 2015, global trade flows grew by 4.1% while Latin American exports increased by just 2.5%, so the region lost market share in global trade. Latin American exports went from representing 6.16% of global trade to 6.07%. If Mexico, whose exports grew markedly during this period, is excluded from the regional aggregate, Latin America’s global market share fell by 14.8%, which is equivalent to US$92.2 billion, with exports going from 4.12% of the global total in 2010 to 3.5% in 2015.

This export behavior is due to external factors that depend on the structure and dynamics of demand for the products that the region exports, on the one hand, and to the competitiveness of its supply, on the other. External demand had a positive but tiny effect on total postcrisis exports from Latin America and the Caribbean: 0.3 percentage points (p.p.) of the total 2.5% growth. The competitiveness factor, however, had a negative effect on export growth, to the tune of -1.9% p.p. 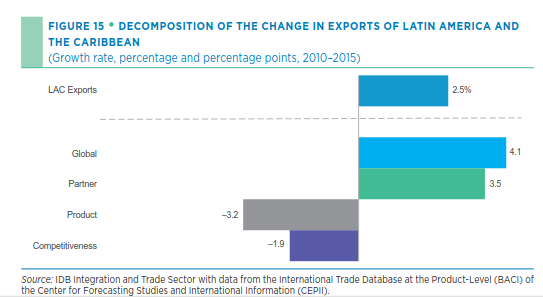 Not only is the first time since the start of the millennium that competitiveness has had a negative effect on Latin America’s external sales, but its impact has also increased significantly. While between 2000 and 2005 competitiveness accounted for less than 10% of the export variation, between 2010 and 2015 the loss competitiveness was equivalent to 75% of the export growth rate. This downturn in competitiveness emerged in parallel with the end of the commodity price supercycle, which was largely sustained by external demand for over a decade.

The erosion in the region’s competitiveness was particularly seen in manufactures of industrial origin and the intraregional market. Latin America’s market share as a supplier of manufactures decreased mainly within its own market and this downturn not only benefited Asian competitors also suppliers from the US and EU operating in segments with greater value added. The region lost market share in practically every global market: the only exceptions were exports of primary agricultural products to Asia and the industrial manufactures that Mexico exports to the USA.

Looking to the future, in a context of fragile growth and low competitiveness, e-commerce is potentially a potential revitalizing force. It is still marginal in Latin America but has really taken off in recent years. Direct online business-to-consumer (B2C) sales in the region reached US$47 billion in 2015, a 24% increase on the previous year. Argentina, Brazil, and Mexico are the region’s main digital markets, but Colombia and Uruguay are examples of countries using effective strategies to develop this area.

Latin America has the potential to increase its presence in cross-border e-commerce, particularly in the business-to-business and business-to-consumer segments, which are growing at substantially higher rates than global trade in goods. To achieve this, it would have to overcome specific barriers that relate to the digital nature of e-commerce as well as certain longstanding barriers to trade, the costs of which are proportionally greater for operators in the new economy.

The Trade and Integration Monitor 2017 includes a detailed review of the international commitments that Latin American countries have taken on in relation to e-commerce and reveals the significance of a relatively incomplete, fragmented regulatory framework. Specifically, it identifies the wide margins available to governments wishing to implement reforms to facilitate and incentivize these flows. Several countries have put the issue at the top of their multilateral trade cooperation agenda and the upcoming World Trade Organization Ministerial Conference is an opportunity for further progress.

In short, having moved beyond the longest contraction in trade in its recent history, Latin America and the Caribbean is now facing a trade scenario that is substantially less favorable than the one that preceded the global financial crisis. What is urgently needed are productivity stimulus policies to improve the region’s competitive position in international markets so that it can take advantage of the opportunities that disruptive technologies represent for e-commerce.