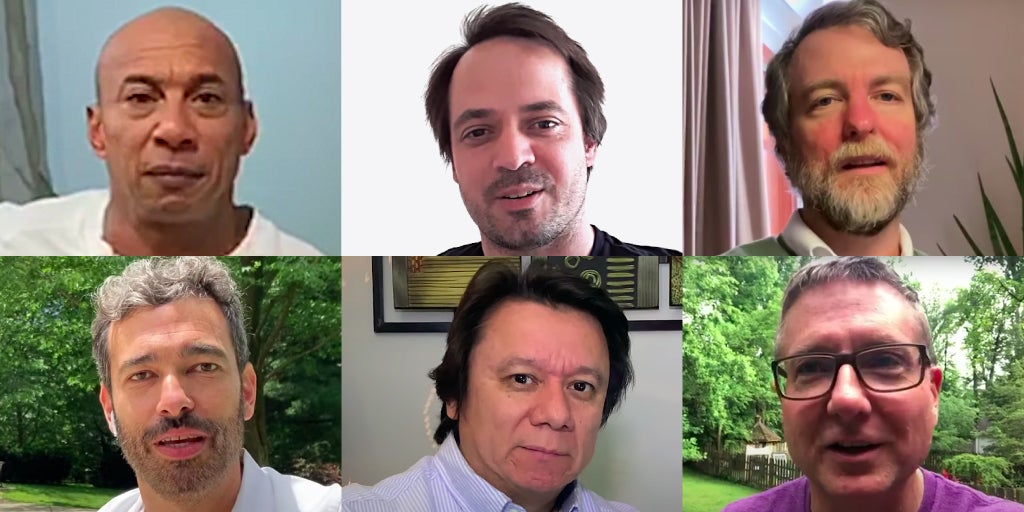 “The death of a titan leaves behind a heroine widow: a goodbye to Jorge Raygada.” That was the headline of a Venezuelan newspaper the day after my father died. It was the last tribute to a humanist, journalist, politician, who dedicated his life to promoting social welfare and democratic values ​​in Latin America. To me, it was also a goodbye to the best dad in the world, a titan father, who lost the battle to a devastating disease. Since his departure 29 years ago, I have not celebrated Father’s Day. Today is different.

Like most people, the COVID-19 pandemic has made me reflect about who and what matters, and how we can support each other. The coronavirus crisis has generated new dynamics inside many homes, that highlight –among other issues— the disparity that persists between men and women in the distribution of household chores, and child rearing responsibilities. This realization has also sparked a new wave of conversations on the need to defy stereotypes and challenge social norms about traditional gender roles to start doing things differently. So I decided to celebrate this Father’s Day, honoring my dad and all the men who, as individuals, employers, policymakers, parents, husbands, brothers, sons, or friends, propel a more equal world.

Talking to the IDB Group dads

I started by listening to fathers in the IDB Group. They are very different people but share a joint mission of improving lives. I wanted to know what their concept of fatherhood was growing up, how it compared to the one they have today, and what lesson they would share with other parents in the region.

“Being an active father for my daughter is a privilege,” says Ian-Ho-A-Shue, IDB Senior Specialist, who acknowledges that when growing up in the Caribbean, he believed that parenting was a mother’s job. Today he sees it differently: “I have learned a lot of important things: stay involved, support her in everything she does, believe in her.” Morgan Doyle, IDB Representative in Brazil, shares this vision and adds that with his wife, he works to instill, demonstrate, and create for his children the feeling of unconditional love that he obtained from his father. And, although he doesn’t have all the answers (“and sometimes not even the questions”), about the challenges of parenthood, he acts “so that my kids don’t ever doubt, that I love them and will always love them until the end of my days.”

Julian Collaer, a consultant at IDB LAB, related fatherhood to authority. He saw his dad as “the boss and the strongest man in the world.” As a father himself, he now has a different concept: “it is the greatest challenge of my life. It is a great responsibility that translates into the ambition to work for our children and create a sustainable planet to leave for them.” Like Morgan and Julian, I also had the privilege of having a caring, dedicated, and loving father. And like Carlos Roja, a consultant at IDB, I never thought that this required a great effort.

Like my father, Carlos’s made everything seem “so easy and fun.” He says: “I didn’t realize that my father was preparing me for life’s challenges. Today that I have the privilege of being a father, I realize that it is not so easy. That it takes more than just being a friend.” Carlos also reflects on how having a daughter with a disability redirected his dreams. “When Carla was born, I didn’t know what to do with her; now I wouldn’t know what to do without her”.

Hence, the importance of acting –from every sphere—to build inclusive societies, where everyone’s diversity is valued. And that starts at home. Andres Consuegra, Principal Counsel and Head of the IDB Invest Legal Group for Institutional Affairs, instills these values ​​in his 6-year-old daughter, with his husband. What is his advice to future parents? “Have little expectations of what your children should be or what you want them to be and accept them as they are, because ultimately you will be happy that way, and they will be happy too.”

Diversity is also significant to Paul Constance, Strategic Communications Unit Chief at the IDB. Along with his wife, he raises a troop of five children with the explicit purpose of celebrating their origin and individuality. And although the desire to be a father and the concept of fatherhood changed radically in adulthood, today, he says with a smile that “being a Dad is probably the single most meaningful thing that I’ve done with my life.”

The stories of these fathers not only shed light on the realities, difficulties, and rewards of parenthood but also show how it is possible to trigger change, one father at a time, to ensure that caring and parenting is a collective responsibility: shared equally. Much remains to be done, and the responsibility does not rest solely with the fathers. Institutions and governments must back up the effort through laws and policies that support all parents, caregivers, and families, in all their diversity, to prosper.

Today – like every day – I think of my father, and I am filled with gratitude and honor for having been part of his life, admiration for his commitment to the highest human values, ​​and a profound humility at his example.

When I think about the challenges that lie ahead due to coronavirus, the last speech that my father gave comes to mind. He quoted Simon Bolivar’s pledge in his death bed to San Pedro Alejandrino: “Let’s keep plowing; the sea, the sky, and the stars.”