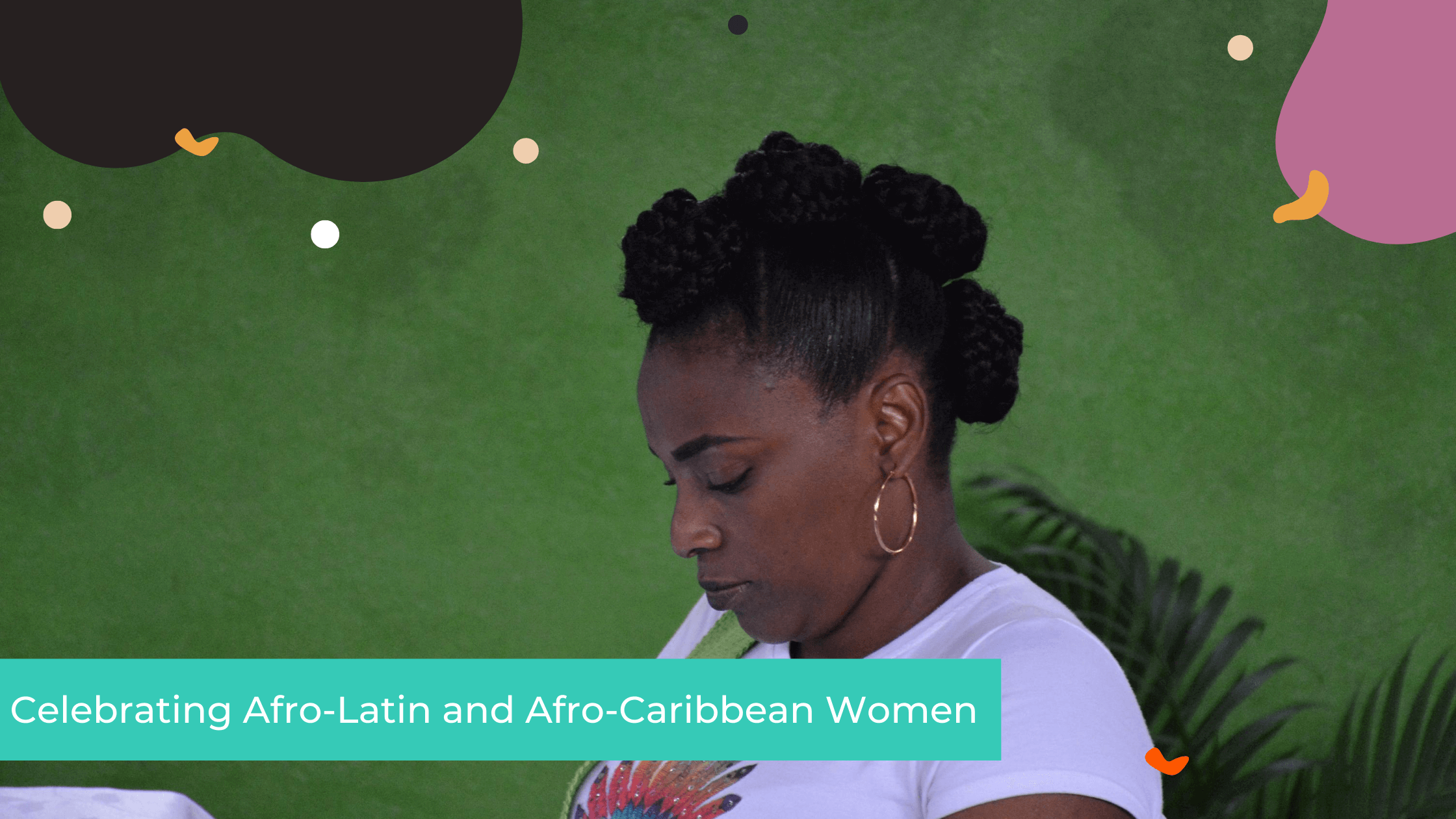 For the most excluded racial and ethnic communities, the current limits to freedom are not the first, evidence of this include other pandemics, poverty, and forced displacement. In the context of COVID-19, we have recognized that structural racism is one of the most significant challenges for the global agenda, along with the climate crisis and violence against women and children. Inequality is at the root of these issues and the Afro-descendant community is at the center of them.

When we look at enslavement as the starting point, we can better understand the complexities of gaining space in society. A space which allows for Afro-descendant women like me to write today for one of the leading multilateral institutions in the world. However, the current situation is challenging. It is precisely these mostly black women who represent the economy of care and informality. Women who must confront not only the virus but hunger, household responsibilities, and even going outside despite the risks. It has never been easy for us.

Being the first, in our case

I have had to be the first in many things. As our dear producer, actor, and activist Lázaro Ramos comments in his book Na Mihna Pele (In my skin), “being the first, in our case, is more a symbol of frustration than of pride. The exception confirms the rule“. In 2007, I was the first minister of African descent and the youngest minister in the history of Colombia. At that time, Gilberto Gil was also the first in Brazil, Antonio Preciado arrived in Ecuador, Susana Baca in Peru, and so on. More than ten years later, we have two Afro-descendant ministers in Colombia, but what was the impact?

That is yet to be measured since it is not only about having power but also how it translates into measurable actions to advance racial equality. I have been the first Afro-Latina to be a member of the Board of Directors of the Ford Foundation, the first Afro-Colombian coordinator of a race and ethnicity program at one of the largest cooperation agencies in the country, the first professor and advisor to several elite university programs, and the first recipient of various scholarships. The first on boards of directors and advisory boards for companies and universities. And, when I published my memoirs, The Power of the Invisible, with Penguin Random House Colombia, I realized that I became the first black woman from Colombia to publish in a world-renowned editorial.

Two writers from Guadalupe (Daniel Maximin and Marise Condé) refer to junco women as those women who resist the complexities of existence by bending like stems in the wind without breaking apart. Black women in the Americas are junco women. Women with a capacity to overcome despite multiple challenges such as violence, poverty, lack of representation in most sectors of society, where we often continue to be the first and generally the only ones in powerful spaces.

In the Power of the Invisible, which I wrote for more than a decade ago, I narrate our progress from invisibility and systemic exclusion, to visibility. Resulting from a chain of efforts that showcase the best of the African heritage that lives within us. I explained that progress by analyzing the stories of the women who marked my life. My mother, my grandmother, my aunts, my cousins, the vendor in the market place who decided that her daughters will attend school (even if the town had no high school for women), the daughters who study and help each other become professional, and a woman who has a daughter (me) as a single mother and supports her in all her dreams from studying abroad to becoming a minister.

We have faced many complex experiences and continue to move forward. As my grandmother used to tell me: although we have the right to cry, even with tears we do not sit down or stop working for a minute, in order to dare for a greater hope for our community and the country, over and over again. Why am I saying this?

We still have a long way to go. We are still invisible in many spaces but in recent decades as never before in history, black people in Colombia have had access to the best quality national and international scholarships and training.  Such as the Martin Luther King, Jr. program with the United States Embassy, the Fulbright for Afro-descendants, and indigenous people, and starting ten years ago scholarships from Manos Visibles. All these efforts alone impact almost 5,000 people in Colombia, without including public programs by the government.

Today, all these highly qualified Afro-descendant professionals are directors of research centers and advisers or directors in ministries or companies. We all need to participate equally in the different levels of decision-making and power. It is a breakthrough, that in the most important spheres in Colombia, it is now almost mandatory to include the representation of the almost 10 million black men and women who are also Colombians. They are crucial not only for votes but also to govern. That is how disruptions materialize.

It is not enough, but we as black women have made progress in gaining spaces. Without a doubt, black women in academia, in the media, in the public and private sectors, lead the agenda. The big question that remains is whether that has translated into the comprehensive societal wellbeing at the scale that we need.

There is a critical mass that continues to advance and gain space. We have learned, we have strengthened ourselves, and there are more and more women’s initiatives that deserve our full recognition. I want to mention some organizations like the Wiwas Collective, Las Chontudas, Bámbara, Afrolove, Mujeres Tejedoras de Mampuján. The associations of agricultural women who during the crisis of COVID-19, are giving us food in the face of hunger, and all black women who, from their entrepreneurship, are generating transformations. Other initiatives include:

We cannot name these initiatives without recognizing the pioneers of this movement like Red de Mujeres Chocoanas and the Union of Afro-Colombian Domestic Workers. Only a few years ago, there were about 500 active and mobilized organizations of black women. Today, I believe there are more than 1,000 that are also visible thanks to social networks.

On this Afro-descendant Women’s Day in the Americas, I pay tribute to all those black women from the base, the farmers, the caregivers, the domestic workers, the street vendors, from yesterday and today, who allow women like me to continue advancing standing on their shoulders and redoubling our efforts to make racial equality a reality – it is still far away – but certainly closer. With or without COVID-19, we will continue trying to live more than survive, it has never been easy for us, and we always strive for more.

Industrial engineer and graduate in Italian language and culture from Colombia. Mphil in Management Philosophy from Cambridge University, with studies in urban planning and leadership at MIT and Yale University. Former Minister of Culture in Colombia, the youngest in the history of the country and the first Afro-Colombian woman to hold a ministerial position. She has received multiple awards such as the San Carlos Order of the Colombian Government, the Order of the Aztec Eagle of the Government of Mexico and the Fulbright Excellence Award. In 2013, she was recognized by the BBC as one of the 100 women leaders in the world and in 2016 by the United Nations as one of the 100 most influential Afro-descendant leaders. In 2019 she received the global fairness award. She founded the Manos Visibles Corporation in 2010 and since then has chaired this organization, which has strengthened to date 4,000 leaders who influence more than 400 organizations for the empowerment of excluded communities, particularly Afro-descendants and from the Colombian Pacific coast, in order to change power relations. Since 2014 she has been a member of the Board of Directors of the Ford Foundation. In 2018, she published her memoirs entitled "The Power of the Invisible" with Penguin Random House.